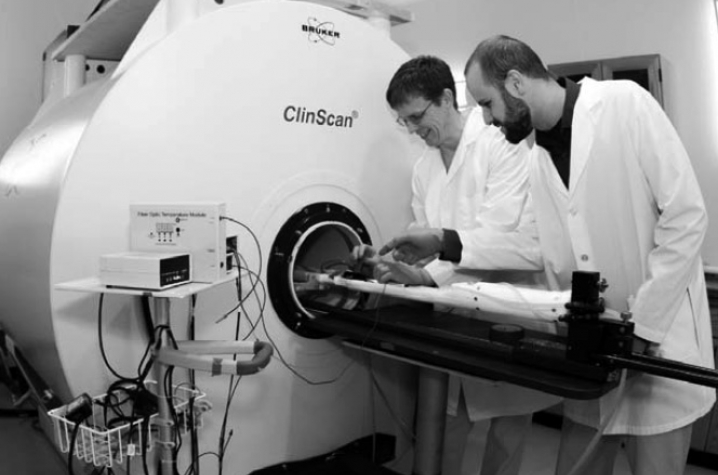 LEXINGTON, Ky. (July 15, 2013) — Given the numerous challenges facing our world, there is plenty of opportunity to make a positive impact and help people. Fortunately, field engineers are well compensated and engineering faculty are often free to explore their research interests on their way to achiev­ing tenure. For the University of Kentucky's Dr. Brandon Fornwalt, a passion for discovering innovative ways to make a difference gripped him long before he settled on a formal career path.

The assistant professor, who holds a joint appointment with the Department of Pediatric Cardiology in the College of Medicine and the Center for Biomedical Engineering, graduated from the University of South Carolina with degrees in mathematics and marine science and a visceral desire to make a positive contribution to the world. What he didn’t have was a clear vision for applying mathematics to ­systemic social issues.

That’s when Fornwalt slammed the brakes on his vocational plan­ning and made the counterintuitive move to volunteer full-time at a free medical clinic for a year.

"Many of the patients were impoverished and had conditions rarely seen in modern medicine because they lacked basic health care," he says. "Most had no health insurance at all. The pharmacy received free prescription drugs, but there wasn’t a system for organizing what came in or out."

Enter Fornwalt’s background in mathematics. He quickly developed a computer-based tracking system that improved the workflow and significantly increased the amount of free medicine given to the clinic.

Later, Fornwalt and his wife, Fiona, decided to join the Peace Corps. They enlisted, trained, received an assignment and prepared for departure. Then Sept. 11, 2001, changed everything.

The Peace Corps brought nearly everyone back to the United States. With volunteers coming home, there was nowhere to send the Forn­walts. Time dragged with no immediate change on the hori­zon. Serendipitously, that is how Fornwalt ended up in medical school.

"I’ve learned that life isn’t as planned out as I think it’s going to be," he said. "I had fallen in love with medicine working at the free clinic and enrolled in medical school at the last minute."

Fornwalt is an M.D./Ph.D., a fully licensed medical doctor focused primarily on research. At weekly patient care confer­ences with pediatric cardiologists, Fornwalt brings an engineering perspective to the discussion; when consulting with biomedical engineers, his training as a clini­cian is close at hand.

"For a while, I tried extremely hard to be a top researcher and a top clinician; eventually, I felt that trying to be good at both was impossible," he said. "I made a difficult  decision to focus on research but also resolved to do research in a clinical department where I could still be involved with patient care."

Hired by UK in 2011, Fornwalt’s joint appointment with the College of Medicine and the College of En­gineering allows him to do just that. Now, the guy whose classmates brought him EKGs in the middle of the night — simply because he loved reading them — has access to a $3.2 million 7-tesla MRI. The magnet, one of seven of its kind in the country, uses no radiation and allows Fornwalt to see a mouse’s heartbeat at 40 frames a minute.

Not bad, considering a mouse’s heart beats 500 times per minute and is only 7 mm long.

"One aspect of my research is understanding pediatric obesity and the cardiovascular compli­cations of obesity in children," he says, referring to images of mouse hearts on a nearby mon­itor. "For that project we feed mice a high-fat diet and watch for changes in their hearts over time. We are using the knowl­edge gained from the mouse models to understand what is going on in kids who are obese."

The other focus of Fornwalt’s research is pediatric heart fail­ure — specifically, the problem of dyssynchrony, a condition where different parts of the heart contract at a different pace, resulting in an inefficient output of blood. In October, his research earned him a National Institutes of Health Director’s Early Independence Award. The award will entitle Fornwalt to $1.96 million over five years to continue his research. He is the first UK faculty member to win the prestigious award.

No, it isn’t the Peace Corps, and Fornwalt admits to occasionally wondering what might have been; however, he is thoroughly satisfied that his research at UK, particularly exploring cardio­vascular effects of pediatric obesity, is making inroads toward saving lives.

This article originally appeared in the University of Kentucky College of Engineering Magazine, which may be viewed online or downloaded free from http://issuu.com/ukengr/docs/uky-engineering/1.