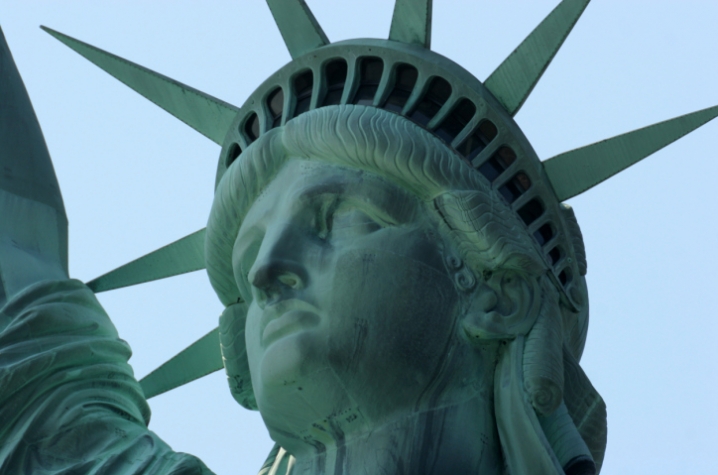 LEXINGTON, Ky. (March 8, 2011) — If you want to improve quality of life in the world or the Commonwealth, quantitative policy research at the University of Kentucky is a great place to start, according to political science professor Mark Peffley.

"QIPSR's ultimate goal is to improve policy and government performance through the production and distribution of world-class scholarship," said Peffley, who is also the director of the interdisciplinary initiative based out of the College of Arts and Sciences. "We support cutting-edge research and analysis of policy issues with the goal of enlightening educators, policy officials, students and the general public."

QIPSR will be tackling the heated topic of immigration this week in its first academic conference.

"There’s a lot of interest in immigration and migration across the social sciences," said Peffley. "Several geographers who study migration came to campus in February and now we’re hosting sociologists and political scientists to give their take on the immigration problem in both the U.S. and Europe."

"Neither Bush nor Obama have been able to get Congress to pass legislation to solve the problem, and now several states, including Arizona and Kentucky, have tried to pass restrictive laws that only end up further polarizing feelings on the issue," added fellow UK political science professor and conference organizer Sophia Wallace.

QIPSR will sponsor "Immigration Policy in an Anti-Immigrant Era" this Thursday and Friday, March 10-11 on UK's campus.

"Immigration is exactly the kind of issue that requires interdisciplinary research to uncover the source of the problem and suggest solutions,” said Wallace.

The topic for the March conference grew out of the interest of QIPSR participants who study a range of problems related to immigration—education, poverty, prejudice, and public policy, as well as several UK faculty who study immigration and citizenship, who will critique the research of the presenters at the conference. “The conference is free and open to the public, and we’re expecting faculty, students and community organizers to attend from across the region,” Peffley said.

Massey's research has focused on the history of Mexico-U.S. migration and the consequences of segregation for African Americans and Latinos of African ancestry. Massey recently co-authored "Brokered Boundaries: Creating Immigrant Identity in Anti-Immigrant Times," and is the keynote speaker of the conference.

Sniderman focuses his research on attitudes toward immigrants and immigration in Italy, the Netherlands and (currently) in Denmark.

Correa is currently working on several major projects, including looking at increasing ethnic diversity of suburbs and its implication for local and national politics, and how immigration enforcement in the states disrupts the lives of all immigrants, both legal and undocumented.

Hopkins is the author of several articles on how national trends influence local reactions to immigration policy, and he will present a survey experiment showing how Americans’ support for immigration changes after watching a news clip of immigrants of varying skin tone or English fluency. Hopkins will also give a workshop on automated content analysis, co-sponsored by College of Communications and Information Studies, before the conference begins.

QIPSR is based in the College of Arts and Sciences but has plans to enhance quantitative policy research across the various colleges of the university, according to its website.

QIPSR carries out its mission of scholarship, research and policy analysis by organizing workshops focused on innovative statistical and quantitative methods, research and grants; encouraging high-quality interdisciplinary research across departments and colleges; and disseminating research findings that address significant policy challenges in the Commonwealth and the rest of the world.