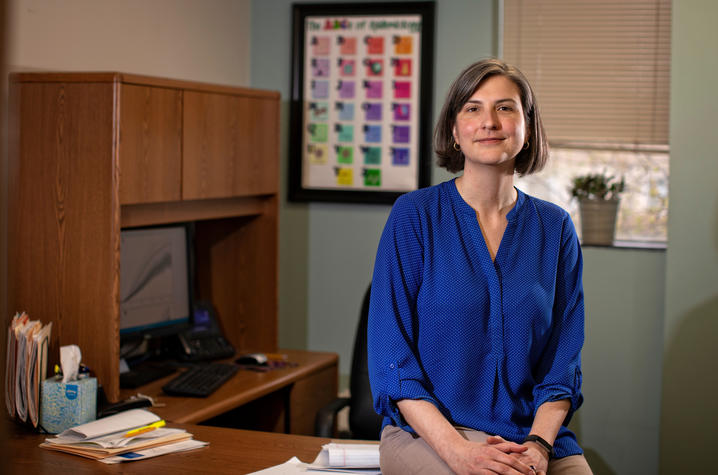 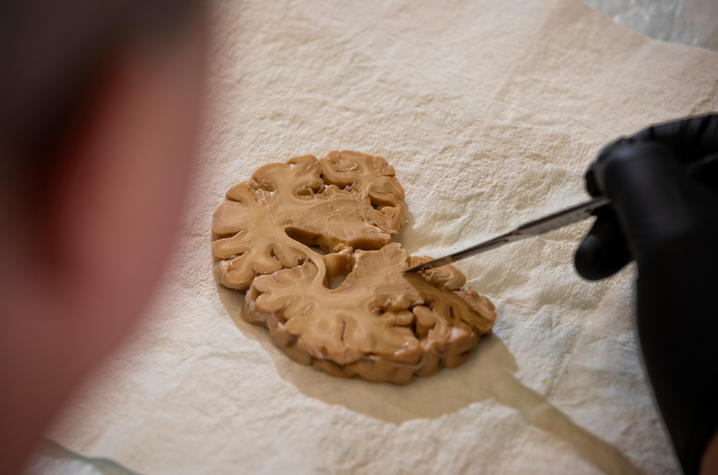 LEXINGTON, Ky. (June 29, 2020) – The long-running study on aging and brain health at the University of Kentucky’s Sanders-Brown Center on Aging (SBCoA) Alzheimer’s Disease Center has once again resulted in important new findings – highlighting a complex and under-recognized form of dementia. The work was recently published in The Journal of the American Medical Association (JAMA): Neurology.

“One of the things that we’ve learned in the last decade or so is that a lot of people that we think have dementia from Alzheimer’s disease, actually don’t. There are other brain diseases that cause the same kind of symptoms as Alzheimer’s, including some that we only recently figured out existed,” said Erin Abner, Ph.D., an associate professor at the University of Kentucky's Sanders-Brown Center on Aging (SBCoA) and College of Public Health who helped lead the recent study.

Abner collaborated with several of her colleagues at SBCoA for the study, which used brain autopsy data from 375 older adults within the University of Kentucky Alzheimer Disease Center Brain Bank. This work builds on the work done last year by Dr. Pete Nelson and his team to discover another form of dementia caused by TDP-43 proteinopathy now known as LATE.

Abner refers to misfolded TDP-43 protein, which was discovered in 2006, as the “newest brain bad guy.” She says although TDP-43 exists normally in a non-disease causing form, it is seen in multiple debilitating diseases in addition to LATE, including ALS and frontotemporal dementia. She says as she and the team at SBCoA reviewed clinical and brain autopsy data for research participants, they noticed there were significantly more people than expected that had not only Alzheimer’s pathology but also pathology indicating Lewy bodies (alpha synuclein), and the “newest brain bad guy” – TDP-43.

“They had every neurodegeneration causing pathology that we know about," Abner said. "There was not a name for this, so we came up with one: quadruple misfolded proteins, or QMP.”

The group then obtained more data to conduct a study of how often QMP occurred and what that meant for the participant with QMP. The study found that about 20% of the participants with dementia had QMP, and their dementia was the most severe.

“This is not great news, because it means that even if we could completely cure Alzheimer’s disease, we still have to deal with TDP-43 and alpha synuclein, and they are common in old age," Abner said. "But we have to understand exactly what we are up against as we try to stop dementia. We still have so much to learn.”