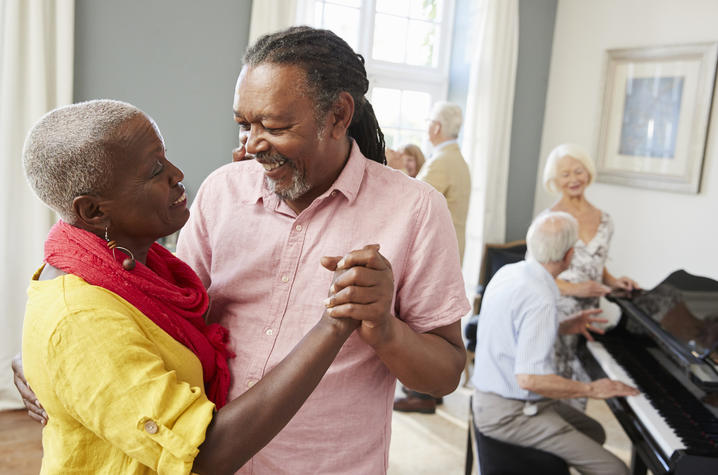 Ablation treatment coupled with a liver transplant is the best treatment for hepatocellular carcinoma. A new study shows that the age of the patient is not a factor in outcomes. monkeybusinessimages | iStock/Getty Images Plus.

LEXINGTON, Ky. (July 28, 2022) — Physicians and researchers from UK HealthCare's Transplant Center and the University of Kentucky Markey Cancer Center conducted a study of patients over the age of 70 with a type of liver cancer called hepatocellular carcinoma (HCC) and how the outcomes of ablative treatments compare to liver transplants. The findings were published in the May 2022 issue of the Journal of the American College of Surgeons.

Hepatocellular carcinoma is a cancer that starts in the liver, most often in the setting of cirrhosis, and when found early enough, can be treated with different therapies. The optimal therapy for these early stage HCC’s is liver transplantation. Unfortunately, the need for donated livers far exceeds the demand.

“There are far more people in need of liver transplant than there are organs available,” said Malay Shah, M.D., surgical director of the liver transplant program at UK HealthCare. “Transplant physicians have struggled for years to determine the best use of a scarce resource.”

Numerous factors are considered when any given patient is being considered for a liver transplant. Surgical outcomes data has shown that older patients have overall poorer outcomes compared to younger patients. This is due, in part, to pre-existing health issues in older patients. More specifically, transplants are invasive and complicated procedures that require extensive post-surgical care and follow up. The risk for complications is high, and older people are particularly susceptible. As a result, fewer elderly patients with HCC are considered as candidates for transplant.

“Too often, I hear from patients that ‘I’m too old for transplant,’” said Shah. “This study shows that in selected patients, transplant is an acceptable option that has a significant survival benefit over ablation therapy alone. And as more physicians become aware of these findings, they will be able to help guide and educate their patients.”

Ablation is a minimally invasive procedure that kills or slows the growth of a tumor. If ablation can achieve similar survival benefit to transplant in elderly patients with HCC, perhaps it could be a better, less invasive treatment for them instead of transplant. This would allow transplant centers to utilize scarce donor livers in other patients who have no other alternative to transplant. Conversely, if older patients have good outcomes after transplant compared to ablation therapy alone, then they should still be considered for transplant, and age should not be a consideration.

“HCC is one of the leading indications for liver transplantation, and many therapies are used to treat these cancers while the patient waits for a transplant,” said Shah. “Therapies such as ablation are done to prevent progression of disease while waiting for transplant. The technology and efficacy of these therapies have significantly improved over the last several years.”

During the study period, 214 patients age 70 or older with stage I or II HCC who received liver transplant were identified and compared to 2,377 patients in the same age group who received ablation as a destination therapy.

“This was the first head-to-head comparison of liver transplant vs. non-transplant outcomes for HCC in elderly patients,” said Shah. “What we found is that patients over 70 years of age still had a very significant survival benefit from transplant compared to receiving ablative therapy alone and that transplant should still be offered to suitable elderly patients. Liver transplantation remains the standard of care for patients with HCC, regardless of age.”

Over 12,000 people in the U.S. are on the waiting list for a liver transplant. To help reduce the organ shortage and give others a second chance at life, sign up to be an organ donor today at https://registermeky.org/.