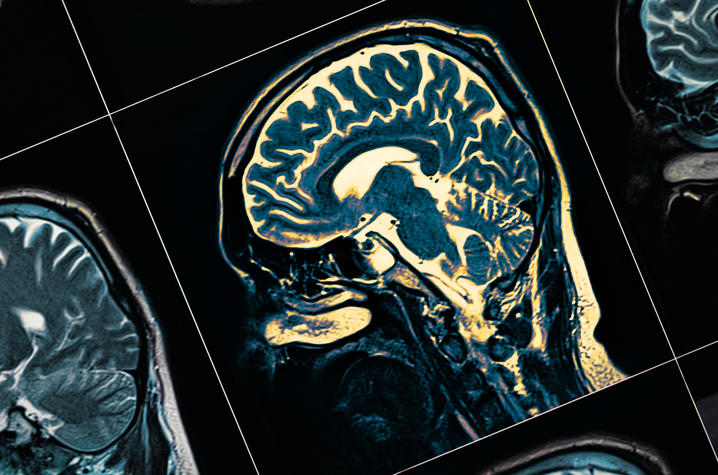 LEXINGTON, Ky. (July 29, 2020) — Alzheimer’s disease (AD) is the most common form of dementia among the elderly and currently there is no cure for the disease. The hallmarks of AD are the Aβ plaques and tau tangles found throughout the patient’s brain. For the past several decades, much of the work to find a treatment for AD has been focused on eliminating those dreaded Aβ plaques, by assuming that memory could be restored by removing the plaques.

“Unfortunately, clinical trials on this attempt have repeatedly failed,” said Ai-Ling Lin, associate professor at the University of Kentucky’s Sanders-Brown Center on Aging (SBCoA) and UK College of Medicine.

Lin and several others at UK worked on a study that was recently published in Nature's Communications Biology journal (Hammond, Xin et al). The study was a collaborative effort between both the College of Medicine and the College of Engineering. In addition to contributions from Lin and the Department of Pharmacology and Nutritional Sciences, Nathan Jacobs with Computer Sciences and Qiang Cheng with Biomedical Informatics played integral parts in the project.

Lin says failures of clinical trials focused on eliminating the plaques may not be the optimal target for treating AD. In addition to the plaques and tangles, AD patients also show symptoms of neurodegeneration, which includes shrinkage of the brain size and lost energy support for sustaining brain functions. Due to this, it has been suggested by the National Institutes on Aging and Alzheimer’s Association that Aβ (A), tau (T), and neurodegeneration (N) markers all need to be considered to determine the risk of AD.

Looking at those biomarkers is what the recent study focused on, by using a machine learning algorithm called ‘random forest’ to identify the patterns of the markers that separate AD from cognitively unimpaired and mild cognitive impairment participants with neuroimaging data.

“Our findings may partly explain the repeated failures of clinical trials attempting to treat AD by modifying the Aβ load: it may be too late to gain therapeutic benefit from the treatment of Aβ when patients have already progressed to the clinical AD stage,” explained Lin. Additionally, she says their findings suggest that treatments for AD potentially need to be disease stage oriented -- with Aβ and tau as targets in early AD and glucose metabolism as a target in later AD. "Our findings may influence the thinking in the field regarding AD progression and therapeutics.”