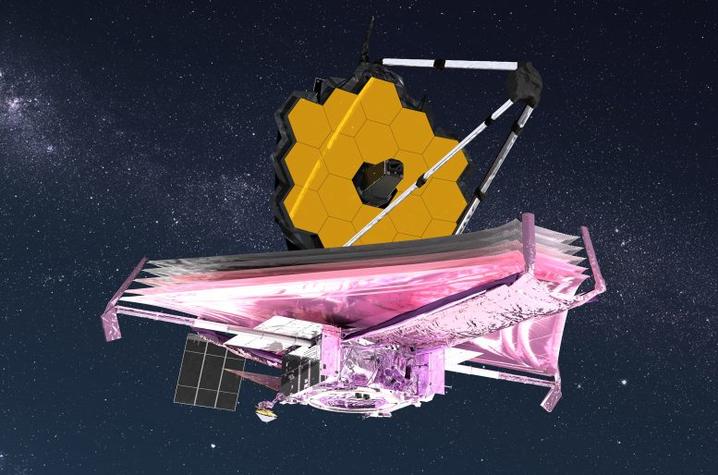 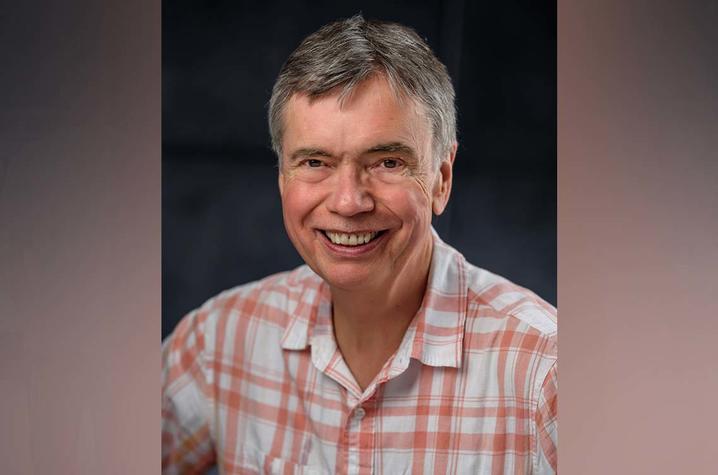 LEXINGTON, Ky. (Feb. 9, 2022) — Less than two months ago, NASA, in coordination with the European Space Agency and the Canadian Space Agency, launched the James Webb Space Telescope — the largest telescope ever built — into its 1.6 million-mile journey away from the Earth. The project is nearly 30 years in the making, and is specifically designed to see some of the first stars and galaxies that were formed in the universe.

Since it launched, the space agency has been working, from Earth, to get the telescope unfolded, aligned and powered up — a highly meticulous process that continues to see success after success. Just this week, the telescope detected its first photons from a distant star.

To learn more about this historic step forward in space exploration, UKNow caught up with Gary Ferland, professor of physics and astronomy in the UK College of Arts and Sciences. Ferland shared his insights about the new observatory, how UK will be involved and what it means for helping humankind learn about its place in the universe.

Ferland: The answer is the universe. HST was worked on planets in our solar system, planets around other stars, our home galaxy the “Milky Way”, other galaxies, supermassive black holes in the centers of galaxies, the formation of galaxies soon after the birth of the universe, and the Big Bang itself.  The original plans for HST did not expect these discoveries since many of these research questions were unknown at that time. That is the lesson of these large telescopes — they are discovery machines. There is an old saying in astronomy, the universe is not as strange as we think, it is stranger than we can think.

We have no real idea what JWST will do in the next 20 years, but we know it will be wonderful.  Stranger than we can think.

UKNow: How will the Webb telescope take us to the next level in terms of space observation?

UKNow: What unanswered questions/mysteries do we hope to learn through the Webb telescope?

Ferland: My own research is into quasars, the birth of galaxies around massive black holes that existed when the universe was young, and how the chemical elements were created. JWST will directly see this for the first time.  More generally, JWST will study planets around other stars and the young universe.

UKNow: How is the Webb able to “see” so far back in time?

Very distant galaxies are very faint, too faint for HST to see. JWST is far larger, so its mirror can gather more light and it can see farther away. JWST can observe more distant parts of the universe than HST could see.

So, JWST will see much farther away, see farther back in time and detect the light that comes to us from that long-ago time.

UKNow: What are some other key differences between the Hubble and Webb telescopes?

Ferland: Scientifically, JWST has a far larger detector, so that it can see fainter and more distant objects. JWST can see in the infrared, the type of light emitted by stars and galaxies in the very young universe.  These differences caused many technical differences in the deployment and location of the orbit of the telescope.  Most importantly, it had to get very far from the heat of the Earth for its infrared detectors to function correctly. It is up in one of the Earth — moon — sun Lagrangian points, a place where gravity balances out. It is about five times farther away from the Earth than the moon, and about 2,000 times higher than HST.

UKNow: What was involved in getting the Webb telescope into space?

Ferland: Flying JWST was a collaborative work of great beauty.  It took the combined talents of thousands of women and men, working closely for more than a decade, to pull this off.  It was possible because of the continued support of dozens of countries.  It is wonderful to see so many people and countries, working closely together with a common goal for many years, to discover how the universe was born.

UKNow: When should we expect to see some of Webb’s first images?

Ferland: The rumors are that the first PR images will be a few months from now, but NASA is going to take its time to do the job right.  They have not made any official promises.

UKNow: What are you most excited about? Do UK astronomy researchers (such as yourself) plan, or hope, to do any future work with the Webb observatory?

Ferland: NASA has generously supported my program here at UK for a number of years. We develop the theoretical tools necessary to understand JWST observations. These JWST grants have supported the Cloudy project, a large astrophysics theory computer code that helps explain what JWST detects. Three UK graduate students — Maryam Dehghanian, Priyanka Chakraborty and Chamani Gunasekera — were all supported by JWST grants in the early stages of their UK Ph.D. theses.  A UK Research Professor, Marios Chatzikos, has also been supported by JWST. Chamani continues to work on developing the tools necessary to understand JWST observations.

It is impossible to predict what we will be doing with JWST in a few years, but UK will be there.

UKNow: What else do you think the public should know about the Webb telescope and what it means for learning about our place in the universe?

Ferland: It is a beacon showing that we can all work together and accomplish wonderful things.  A thousand years from now, they will say that this is the time when humans first looked back to the first half-billion years of the universe and found out how the first galaxies, stars and planets were formed. JWST did it. That is a breathtakingly wonderful accomplishment.