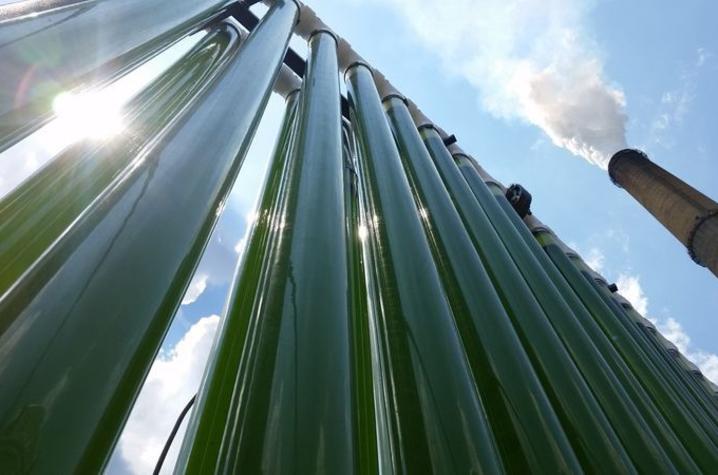 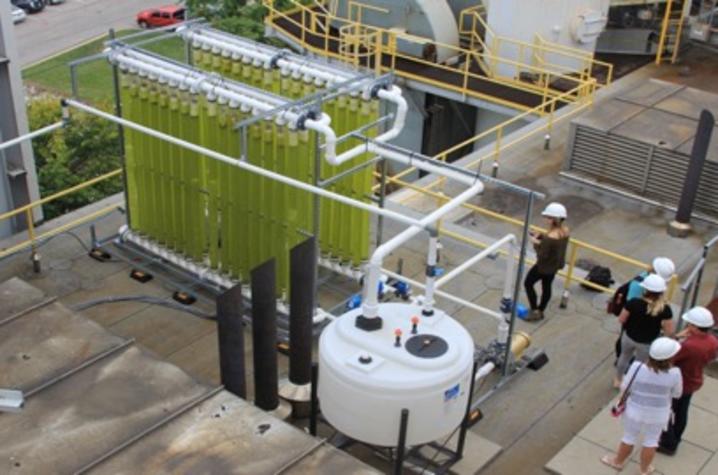 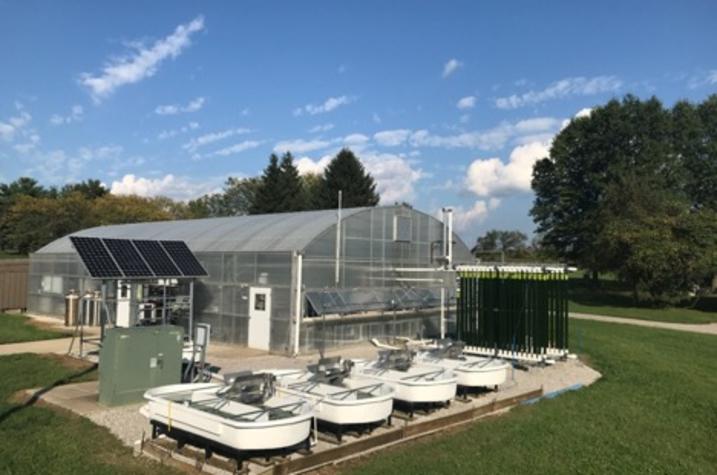 LEXINGTON, Ky. (Oct. 9, 2018) — The University of Kentucky and Indiana University Bloomington may be rivals on the hardwood, but when it comes to sustainability, these two schools are clearly on the same page.

A $50,000 grant from Duke Energy will help make IU Bloomington one of the first universities in the U.S. to convert emissions from its heating plant into fertilizer to feed campus vegetation. The technology utilized to make this happen was invented and patented at UK’s Center for Applied Energy Research (CAER).

Working with CAER engineers, IU Bloomington has installed a "cyclic flow" photobioreactor system on the roof of its Central Heating Plant. The system will convert carbon emissions from the natural gas boiler into fertilizer via photosynthesis, enhancing sustainability efforts already underway across the campus.

CAER originally designed its photobioreactor system to capture and beneficially reuse carbon dioxide emissions at coal-fired power plants. The photobioreactor creates an optimum growth environment for microalgae, which naturally scrubs the CO2 as it grows. Periodically the algae are harvested and can then be used as biomass to create a variety of products, including food, fertilizers, chemicals and/or plastics.

At IU, emissions generated from the heating plant's natural gas boilers will be pumped into the bioreactor tubes, which house the algae culture. The transparent tubes allow sunlight to drive photosynthesis, converting the CO2 emissions into algae biomass. After harvesting, the algae can be processed to create a sustainable, nutrient-rich, slow release fertilizer. This fertilizer will be utilized in flower beds and landscaping across campus.

Mark Menefee, assistant director for utilities at IU, credits the diversity and dedication of the IU team that has worked on the project. He noted that the project brought together professors, students, facility engineers and electricians, administrative staff, and collaboration with UK CAER and Duke Energy to complete this project.

"Success depended on all these collaborators being able to effectively communicate with each other," Menefee said. "Many bridges between disciplines needed to be crossed. It was clear, even early on that our shared passion to see this project succeed united us."

This is the not the first system that CAER has partnered to build. In recent years the center’s biofuels team has partnered with Lianhenghui Investment Company to construct a five-acre algae production facility in Zhengzhou, China.

Although the system is similar to those CAER has built in the past, the center’s Michael Wilson is excited about IU’s efforts in utilizing algae to create a sustainable fertilizer.

"I look forward to learning from the results in Indiana,” said Wilson, a senior research engineer at CAER. "Many colleges, universities and companies have power plants at their facilities. They also utilize fertilizers as part of their landscaping and beautification programs. If successful, this may provide a new avenue to create those products from a sustainable source, while reducing their carbon footprint."

Wilson credits the vision of IU’s Stephen "Chip" Glaholt for utilizing the project as a way to stimulate applied, multidisciplinary, undergraduate research across campus — essentially as a living laboratory.