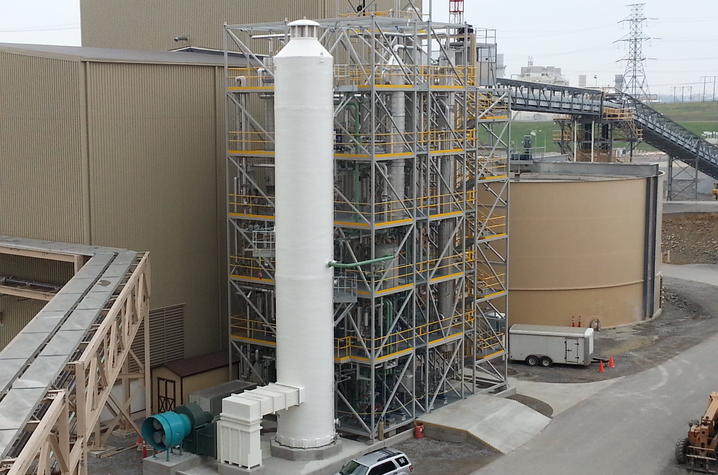 LEXINGTON, Ky. (Sept. 6, 2017) — The University of Kentucky Center for Applied Energy Research has received a $300,000 grant from the Shanxi Science and Technology Department through the Shanxi Research Institute for Clean Energy of Tsinghua University in China to scale-up its hybrid technology for post-combustion CO2 capture in a coal-fired power plant.

The project is a continuation of the CO2 capture research that has been taking place between the two institutions since 2011. The collaboration between UK CAER and Tsinghua University launched thanks to the United States-China Clean Energy Research Center (CERC). CERC was created in 2009 by U.S. Department of Energy, the China Ministry of Science and Technology and the China National Energy Administration to facilitate joint research and development on clean energy by teams of scientists and engineers from the U.S. and China.

UK CAER is a founding member of CERC’s Advanced Coal Technologies Consortium. The consortium’s purpose is to advance American and Chinese leadership and collaboration in advanced coal technologies, particularly as directed to carbon capture and utilization, advanced combustion systems and geological sequestration.

The project is titled, “Demonstration Project for Post-Combustion CO2 Capture Process for Coal-Fired Power Plant,” and the research will take place in China’s Shanxi Province.