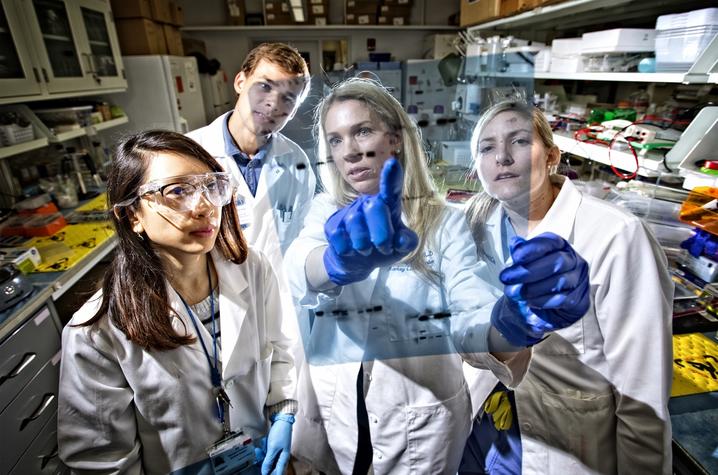 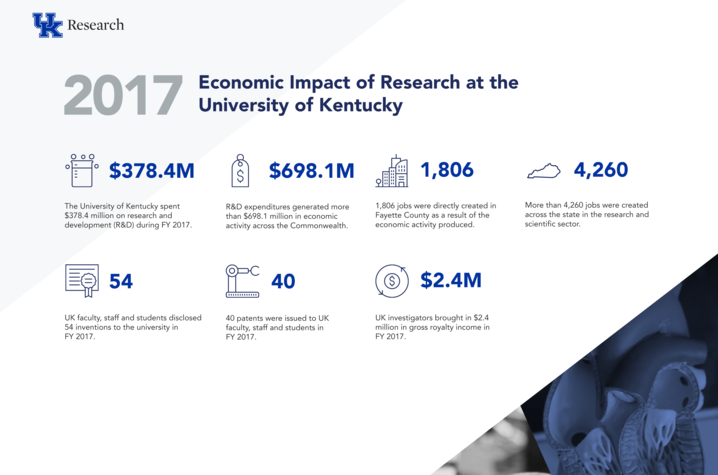 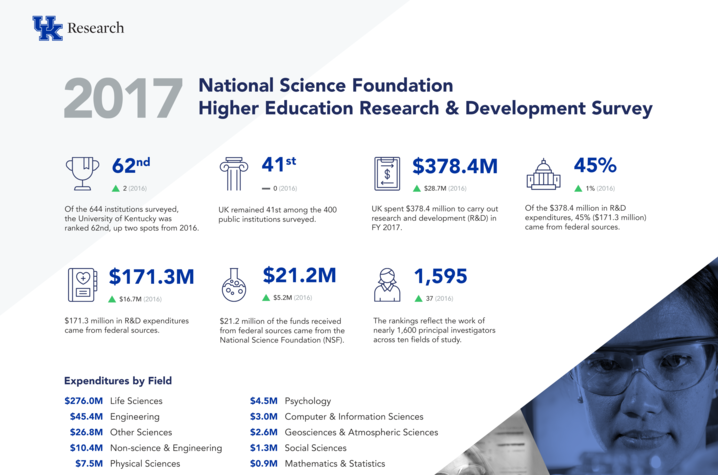 LEXINGTON, Ky. (Jan. 31, 2019) — A recent national survey of what universities spend on research and development activities shows steady growth in the University of Kentucky’s research enterprise and the significant impact of federal funding on UK’s faculty, staff and students engaged in research.

These rankings, released in November 2018 but based on funds spent in 2017, are part of the annual Higher Education Research and Development (HERD) Survey conducted by the National Science Foundation. The HERD survey is the primary source of information on R&D expenditures within academia across the United States.

“These rankings reflect something far more important than simply numbers,” said UK President Eli Capilouto. “They speak to our focus on the challenges most impacting Kentucky, and they speak to the fact that federal funding agencies know our outstanding researchers are worth the investment.”

“The work of nearly 1,600 principal investigators at UK, most of whom receive federal funding, is reflected in these rankings,” said Lisa Cassis, UK vice president for research. “Working together, we are harnessing multidisciplinary research to create solutions for Kentucky’s most intractable problems.”

Research and development at UK has a direct, and significant, economic impact on Kentucky. The $378.4 million UK spent on research in FY 2017 pumped $698 million into Kentucky’s economy, including $227.8 million in labor income and more than 4,260 jobs across the state in the research and scientific sector, according to the UK Center for Business and Economic Research.

“This growth is driving our innovation and discovery,” Cassis said. “We can’t thank our faculty, staff and student researchers enough for their passion and perseverance, and we can’t wait to recruit more investigators to join them in making the discoveries that will change lives in Kentucky and beyond.”