Last September Helme, an associate professor in the Department of Communication in the College of Communication and Information, and Mark Wolfson at the Wake Forest University School of Medicine, received a $50,000 joint grant. The partners are conducting focus groups in three counties in Appalachian Kentucky and two in North Carolina to inform strategies to raise awareness and increase use of drug disposal boxes and take-back events.

"This project is focusing on Appalachian and rural areas specifically, but it's a nationwide issue." Helme stated.

Every county in Kentucky has a drug disposal box, but they go largely unused.

“Every year, roughly 3.9 billion controlled substances are prescribed. Many of them opioids. Over 70 percent of those go unused,” Helme said. “The existing disposal program really only accounts for 0.2 percent of those unused medications. It's not even a drop in the bucket.”

Helme said, "Part of our project is to encourage people to take advantage of the existing disposal facilities and to make folks feel that it's a safe thing to do."

Helme was approached by the Kentucky Attorney General's office to gauge public opinion on Deterra, a drug deactivation pouch individuals can use in their own homes. The state has distributed 50,000 Deterra packages to four counties in Kentucky including Floyd, Henderson, McCracken and Perry.

According to the Deterra website "Each patented Deterra pouch contains a water-soluble inner pod containing proprietary MAT12® activated carbon. Once the drugs are placed in the pouch, warm water is then added, which dissolves the inner pod releasing the activated carbon." After the drugs absorb the carbon they are inactive.

The pouches will deactivate any organic medications, including opioids, and can work on pills, patches and liquids.

The hope is the Deterra packages will make it more accessible and convenient to eliminate leftover medicine in the future.

For more information about the Deterra packages, visit https://deterrasystem.com/. 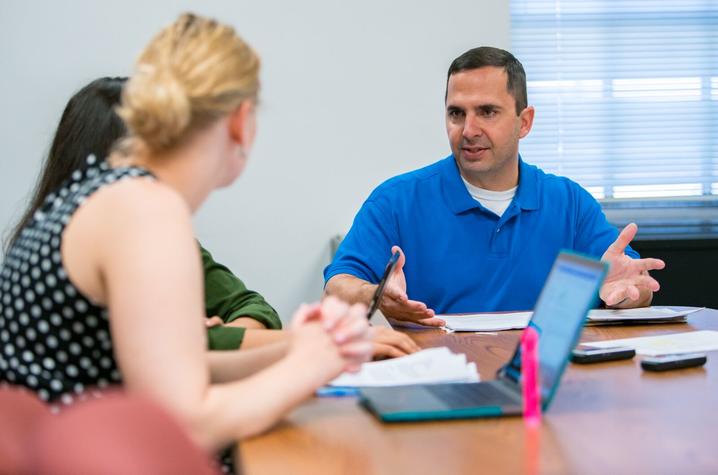