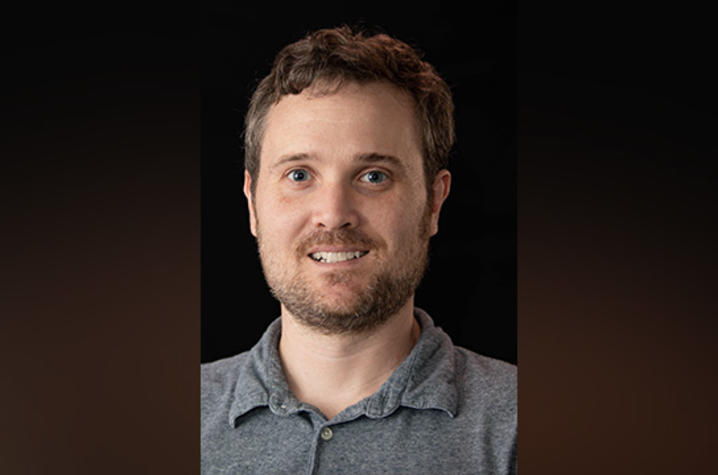 Nathaniel Stapleton, assistant professor in the UK Department of Mathematics, is the recipient of the Sloan Research Fellowship. The fellowship is one of the most prestigious awards available to young researchers.

LEXINGTON, Ky. (Feb. 17, 2021) — Nathaniel Stapleton, an assistant professor of mathematics in the University of Kentucky College of Arts and Sciences, has been named a 2021 Sloan Research Fellow by the Alfred P. Sloan Foundation. The award honors early-career researchers.

Stapleton is one of 128 researchers across the U.S. and Canada “whose creativity, innovation and research accomplishments make them stand out as the next generation of scientific leaders,” according to the foundation.

"I am honored and very thankful to have been awarded a Sloan Research Fellowship," Stapleton said. “I'm grateful for the recognition of my hard work and dedication to mathematics research. However, mathematics is not an individual endeavor and these accomplishments would not have been possible without my exceptional collaborators.”

Stapleton studies an area of pure mathematics called algebraic topology. Algebraic topologists assign numbers (or more complicated algebraic gadgets) to shapes. These shapes can range from simple shapes like spheres, to more complicated shapes like tumors, or the universe. Stapleton’s research combines ideas from geometry and number theory to study these ways of assigning algebraic gadgets to shapes.

"Ideally, these algebraic gadgets allow us to distinguish between different shapes," he said. "When we can tell tumors apart, for instance, then we can classify them and this can aid in diagnosis. In the last few years, these ideas have also begun to play an important role in the study of big data sets.”

Uwe Nagel, chair of the UK Department of Mathematics, nominated Stapleton for the fellowship.

"Stapleton is a very original and internationally known topologist whose work uses and explores connections to algebraic and arithmetic geometry,” Nagel said. “He has obtained deep foundational and influential results. He also is a successful instructor and a wonderful citizen of the Department of Mathematics.”

“It is great to see the different kinds of colleges and universities that now have Sloan Research Fellows on their faculty,” said Daniel L. Goroff, director of the Sloan Research Fellowship program. “What those institutions clearly have in common is that they are successfully attracting remarkable researchers who then thrive on their campuses.”

A Sloan Research Fellowship is one of the most prestigious awards available to young researchers, in part because so many past fellows have gone on to become towering figures in the history of science. Renowned physicists Richard Feynman and Murray Gell-Mann were Sloan Research Fellows, as was mathematician John Nash, one of the fathers of modern game theory. For the past three years, the recipients of the Nobel Prize in Physics have included former fellows — Andrea Ghez (2020), James Peebles (2019), and Donna Strickland (2018). In fact, 51 fellows have received a Nobel Prize in their respective field, 17 have won the Fields Medal in mathematics, 69 have received the National Medal of Science, and 20 have won the John Bates Clark Medal in economics, including every winner since 2007. A database of former Sloan Research Fellows can be found at https://sloan.org/past-fellows.

Open to scholars in eight scientific and technical fields — chemistry, computational and evolutionary molecular biology, computer science, Earth system science, economics, mathematics, neuroscience, and physics — the Sloan Research Fellowships are awarded in close coordination with the scientific community. Candidates must be nominated by their fellow scientists and winners are selected by independent panels of senior scholars on the basis of a candidate’s research accomplishments, creativity, and potential to become a leader in his or her field. More than 1000 researchers are nominated each year for 128 fellowship slots. Winners receive a two-year, $75,000 fellowship which can be spent to advance the fellow’s research.

A full list of the 2021 Fellows cohort is available at https://sloan.org/fellowships/2021-Fellows.