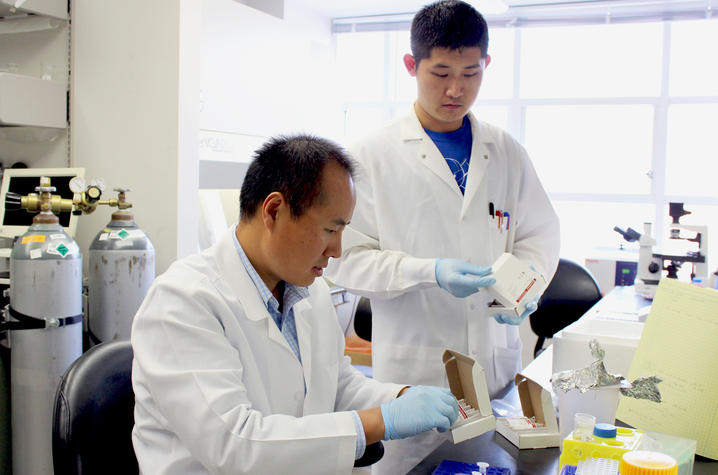 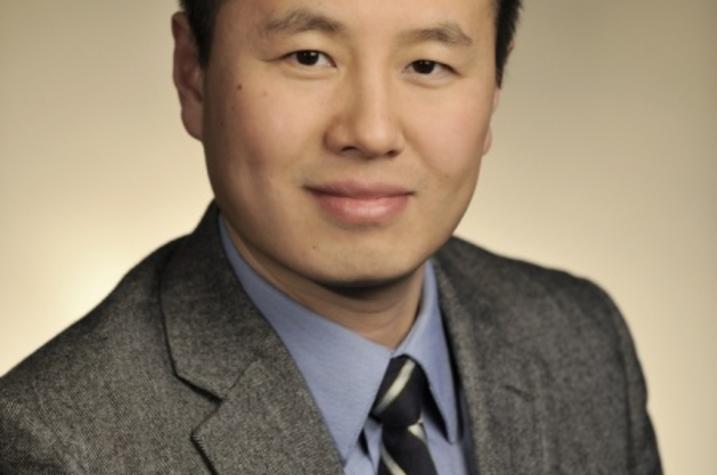 LEXINGTON, Ky. (Dec. 22, 2016) — An array of scientific evidence demonstrates a correlation between diets high in fat and cholesterol content and blockages in the arteries, which lead to cardiovascular disease (CVD).

But a lesser-known risk factor for CVD is exposure to the chemical compound biphenyl A, or BPA, a base component of consumer plastic products such as water bottles. A fundamental and ubiquitous commodity in modern life, plastics are inexpensive to produce, with more than 300 million tons processed in 2010.  The World Economic Forum warns the amount of plastic in the world’s oceans will exceed the amount of fish, in terms of weight, by 2050 at the current rate of production.

As a base chemical, BPA is one of the world’s highest production-volume chemicals. Humans are constantly exposed to BPA in the environment, and high BPA exposure is associated with CVD in the U.S. adult population. But until a discovery in the UK College of Medicine, researchers were unaware of the underlying mechanisms responsible for this adverse effect.

The molecular association between BPA and atherosclerosis, a condition characterized as the build up of plaque and lesions in the arteries, was described in the laboratory of Changcheng Zhou. Zhou, an associate professor of pharmacology and nutritional sciences in the UK College of Medicine, seeks to understand the basic molecular mechanisms contributing to worldwide CVD and obesity epidemics. A native of China, Zhou and his research team are dedicated to tracing molecular pathways to obesity and CVD, observing how chemical exposure and diet-induced inflammation influence the development of metabolic diseases that cause chronic CVD.

The Chinese and American populations are burdened with the world’s highest obesity and CVD rates. CVD is the leading cause of death in the United States, claiming more than a third of American lives annually. Rates of obesity, a co-morbidity of CVD, continue to rise in both countries, with globalization and an increasing dependency on fast-food products attributed to the epidemics. According to a recent report published in Lancet, China has surpassed the United States as the most obese country in the world, with more than 89 million in the population considered obese.  In fewer than 15 years, an estimated half of the world’s population will be classified as obese or overweight.

In his lab, Zhou examines BPA’s function as a mediator of atherosclerosis, which is the major cause of CVD. In 2014, Zhou’s lab team explained the relationship between BPA and artherosclerosis by describing how BPA activates the pregnane X receptor (PXR), which stimulates the development of lesions. BPA activated the molecular process that forms lesions, which accumulate to create blockages in arteries. Their mouse-model study showed BPA exposure increased the size of the lesions.

More recently, Zhou’s lab group has studied the molecular link between inflammation and diseases such as obesity and atherosclerosis. Inflammatory responses in the vascular cells produce excess deposits and blockages in the arteries. Zhou’s lab discovered treating mice with an inhibitor of the protein IKK beta, which is activated by excessive nutrition, also decreased overall fat mass. These findings demonstrated the potential to harness the IKK beta-inhibiting oligonucleotide, or short DNA or RNA molecule, as a pharmacologic agent to aid in the management of disease-inducing inflammation caused by over-eating.

Alarmed by the climbing obesity rates in both the United States and China, Zhou feels an urgency to discover new therapeutic approaches for treating obesity and atherosclerosis. He said widespread sedentary lifestyles and adverse eating habits are altering how molecules respond to outside stimulus. Scientists must strive for solutions that not only address the genetic, dietary and lifestyle behaviors of individuals, but the molecular mechanisms contributing to metabolic diseases.

“We have to do something because the trend is not going to stop,” Zhou said. “In the past few decades, the prevalence of obesity and other metabolic diseases has skyrocketed, and it’s not just a genetic effect. It is impossible for us to have changed our genes that fast, so there have to be other causes.”