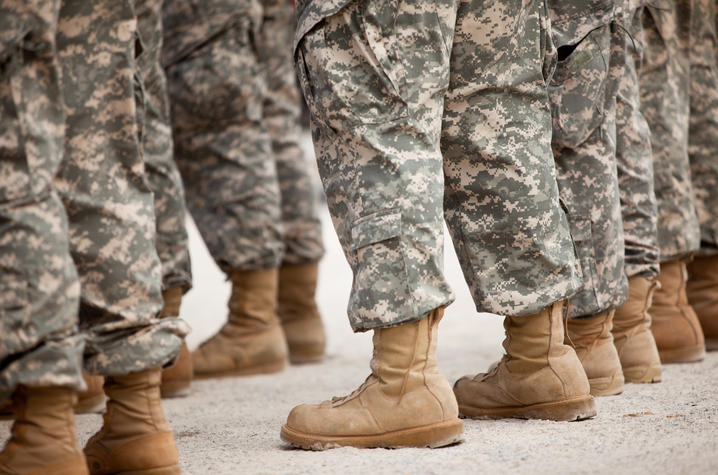 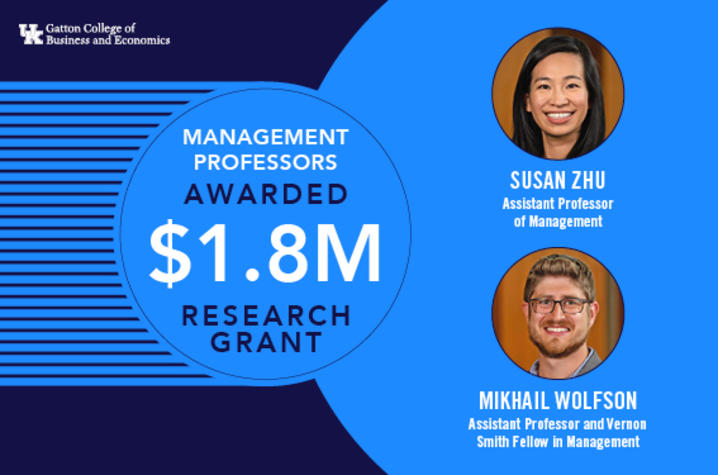 LEXINGTON, Ky. (Jan. 27, 2022) — For decades, the University of Kentucky’s Gatton College of Business and Economics has conducted and published cutting-edge research in the rapidly expanding field of social network analysis.

Now, UK, the University of Massachusetts Amherst and the U.S. Department of Defense (DoD) are announcing a $1.8 million collaboration aimed at improving retention and performance of military personnel.

The goal is to help the DoD better execute its National Defense Strategy.

As part of the three-year, $1.8 million award — funded by the U.S. Army and the DoD’s Military Operational Medicine Research Program (MOMRP) through the Medical Technology Enterprise Consortium (MTEC) — Zhu, Wolfson and Labianca will develop an intervention to create more socially inclusive environments.

The goal is to help the DoD better execute its National Defense Strategy by preventing various forms of violent, abusive and harmful acts within military contexts. Reductions in the prevalence of negative outcomes of social exclusion — such as depression, suicide, sexual violence, harassment, domestic abuse, alcohol and substance use — are vital to the readiness of the armed forces.

Ostracism can negatively impact psychological well-being, emotions and self-perceptions as well as work performance and retention.

“We can provide evidence from previous research to demonstrate that social ostracism, which is the experience of being excluded or ignored by others, is a common risk factor or precursor for these negative outcomes,” Zhu explained. “Sometimes being ignored is just as hurtful, if not more, as being bullied. The feeling of being invisible, unimportant and unworthy of attention can be deeply distressing.”

Therefore, the research team will focus on creating an evidence-based intervention to reduce ostracism among military personnel in its earliest stages, such as when groups are first forming during training or initial deployment.

“Ostracism in the social and workplace context very strongly relates to individual turnover and expressed deviant behaviors such as incivility, sexual harassment and mistreatment,” Labianca added. “Targeting and resolving issues around ostracism in military personnel as social hierarchies begin to develop early on can potentially maximize intervention effectiveness and prevent more serious problems from emerging later.”

Since every group has its own norms and standards, interventions that are effective in other settings, such as grade schools, might not necessarily be successful in the military.

To design an intervention that would have a higher likelihood of being effective in a military population, the research team will consider factors that are particularly salient in the military context, such as stigma, retaliation and top-down hierarchy.

“People don’t have these experiences in a social vacuum. They are connected with others, so that’s part of the reason for this grant. We are looking at it from a social network standpoint, meaning, that everyone is connected to other people in groups or teams,” Wolfson said. “By understanding how these networks form and evolve over time, we are better equipped to examine research questions, such as who is at risk for being ostracized, and how can we best reduce the chances of individuals being ostracized.”

Much like the anti-bullying programs that have been developed and validated in school settings, the bystander intervention program will focus on understanding ostracism and its outcomes, as well as teaching bystanders who witness the behavior how to address it.

The research team will also examine whether less expensive and less invasive interventions, so-called “nudge intervention,” are effective in military settings. This type of intervention builds on people’s habits to design small behavior prompts. Often, because nudges avoid telling people what to do, they allow people to maintain autonomy over their own decisions and are typically met with less resistance. The popularity of the nudge intervention approach has resulted in a movement to test the effectiveness of nudge interventions in several domains, including financial decision making, public health, sustainability and consumer behavior.

The research grant aims to implement effective and efficient prevention activities that maximize impact at both individual and team levels.

Implementing an ostracism reduction program will include analyzing data to better understand how ostracism unfolds over time and the roles of moderating factors. Additionally, assessments of the interventions will be conducted to determine the effects of individual and team level influences, such as unit psychological safety.

While the interventions will be tailored to the military context to improve the performance and retention of active-duty service members, the research grant results may also have applications to other workplace and social settings.

“Making a positive change in the world through this research grant is exactly what’s exciting to our team,” Zhu concluded.

The views expressed in this news release/article are those of the authors and may not reflect the official policy or position of the Department of the Army, Department of Defense, or the U.S. Government.

MTEC is a 501(c)(3) biomedical technology consortium collaborating with multiple government agencies under a 10-year renewable Other Transactional Agreement with the U.S. Army Medical Research and Development Command. MTEC is managed by Advanced Technology International. To find out more, visit mtec-sc.org.