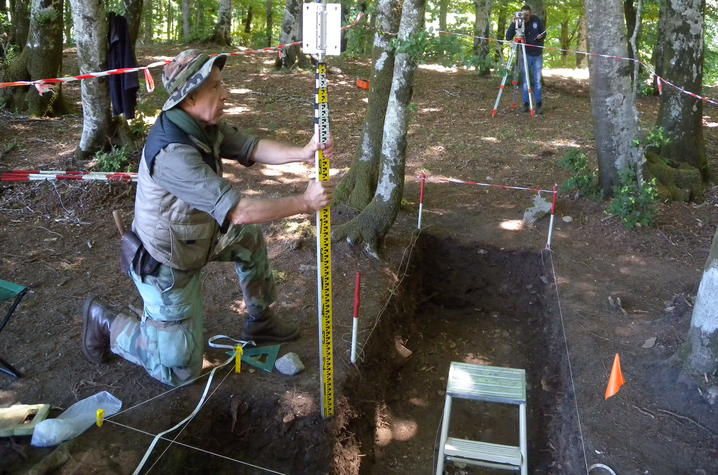 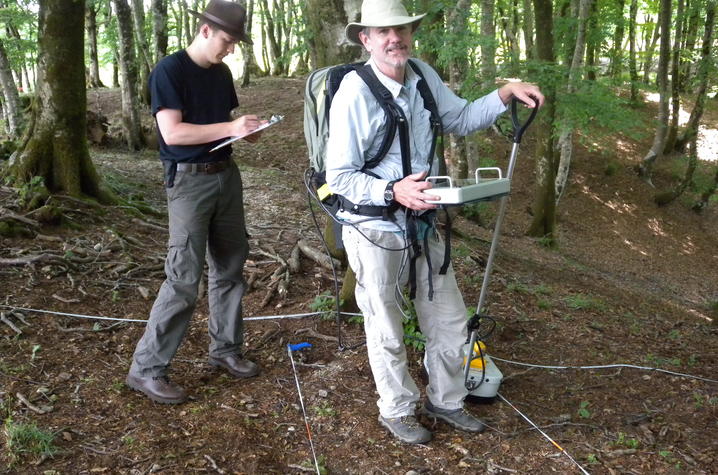 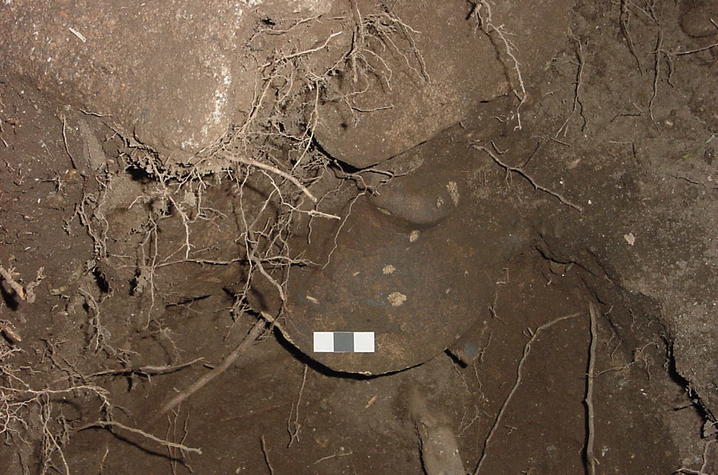 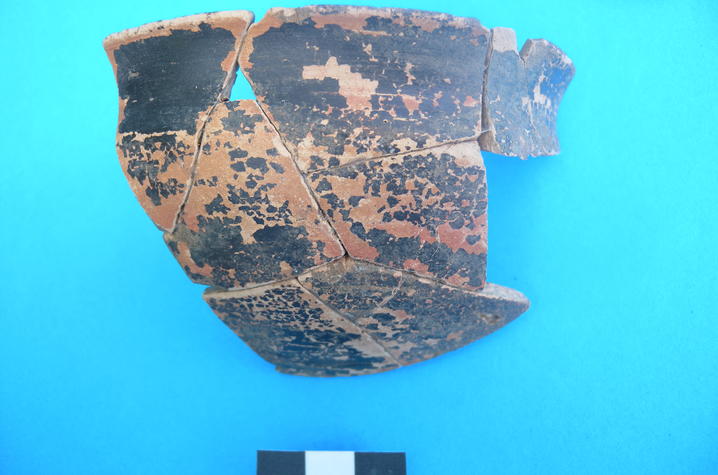 LEXINGTON, Ky. (Sept. 25, 2017) — This summer, a team of University of Kentucky archeologists explored two previously unknown archaic Greek sites in Calabria, Italy’s southernmost region, one of which may be the largest Greek mountain fort yet uncovered in this area of the country. These findings deepen scholarly understanding of Greek territorial organization in the toe of Italy, and of the interstate conflicts that occurred across the region throughout the sixth and fifth centuries B.C.

The team of researchers, directed by George Crothers, associate professor of anthropology and director of the William S. Webb Museum of Anthropology at UK’s Department of Anthropology, and Paolo Visonà, adjunct associate professor of art history in UK’s School of Art and Visual Studies, investigated the sites using terrestrial remote sensing and test excavations. Funding for this project was provided by The Foundation for Calabrian Archaeology, a Colorado and Kentucky-based nonprofit organization. Both sites had been located during reconnaissance missions led by Visonà in 2014 and 2015.

Based on pottery shards, roof tiles and bronze arrow points found at the site, the fort has been tentatively dated to circa 500-300 B.C. This was a period of Greek expansion and cultural achievement in southern Italy, Sicily and elsewhere in the Western Mediterranean. Built with boulders and roughly hewn blocks of local granite at 3,192 feet above sea level and at nearly nine miles from the Ionian seacoast, the fort appears to have had a rectangular plan covering about 30.000 square feet. It probably guarded the main overland route between the Greek city of Locri Epizephyrii and its sub-colonies of Medma and Hipponion on the western coast of Italy.

The identity of an adjacent building discovered by the UK team is still uncertain. Its location, architectural plan and smaller dimensions, do not preclude the possibility that it may be a frontier sanctuary. The south Italian Greeks often built sanctuaries to mark the boundaries of their territories, but no Locrian frontier sanctuary has been found thus far. This building has a square plan covering an area of at least 17,000 square feet and seems to be earlier than the fort. It has been dated to 550-400 B.C. by the ceramic finds.

“Although we have not yet found evidence of votive offerings (i.e. terracotta figurines, miniature pottery, bronze objects, etc.), that would confirm the presence of a sanctuary, we only sampled less than 1 percent of this site,” Visonà explained. “But we still have a significant quantity of fineware, especially wine cups, from our test units. It could be a clue that this is a special type of building.”

The team plans to continue digging in the coming year. Visonà hopes that the identity and functions of the smaller site will be confirmed through more extensive excavations. Visonà notes that no other American team has conducted this kind of mountain archaeology in Calabria, and that this fieldwork is essential to understanding the region’s past.

“Our research is changing the history of Magna Graecia,” Visonà said. “No one had thought that the Greeks of southern Italy had a defensive network as early as the archaic period (600-480 B.C.). They also may have introduced fort architecture earlier than the mainland Greeks, as our work has shown. So, southern Italy was a very innovative region of the Greek Mediterranean ...  more like the California of the Western Mediterranean for the ancient Greeks.”

Visonà and James R. Jansson, a director of The Foundation for Calabrian Archaeology, discuss the findings of UK’s archaeological investigations in Calabria in more detail in the article “A Greek battleground in southern Italy: new light on the ancient Sagra” to be published in the Journal of Greek Archaeology Volume 2.