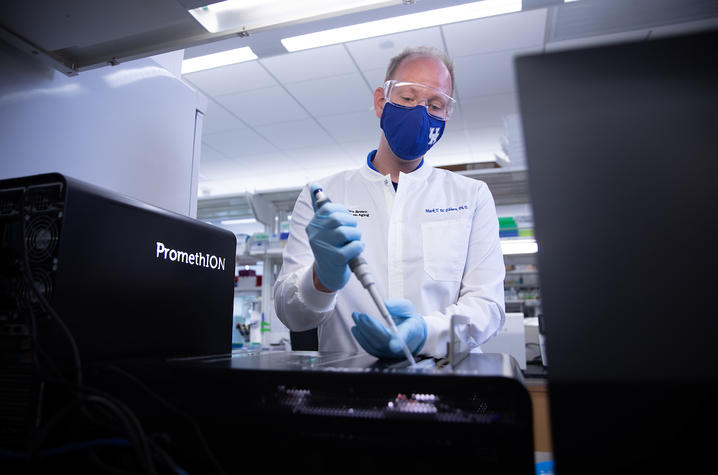 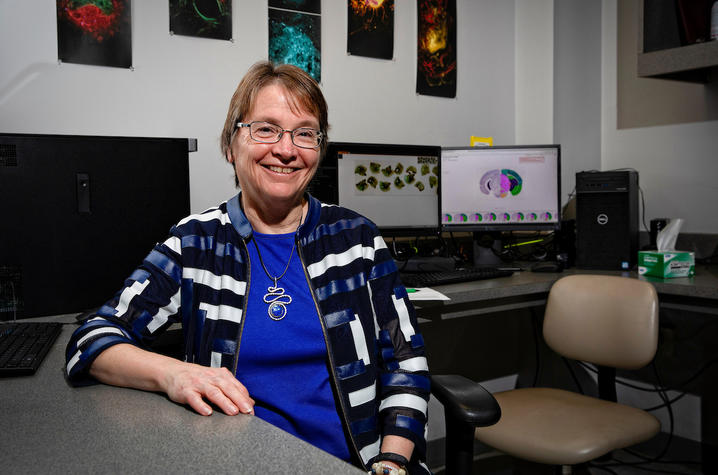 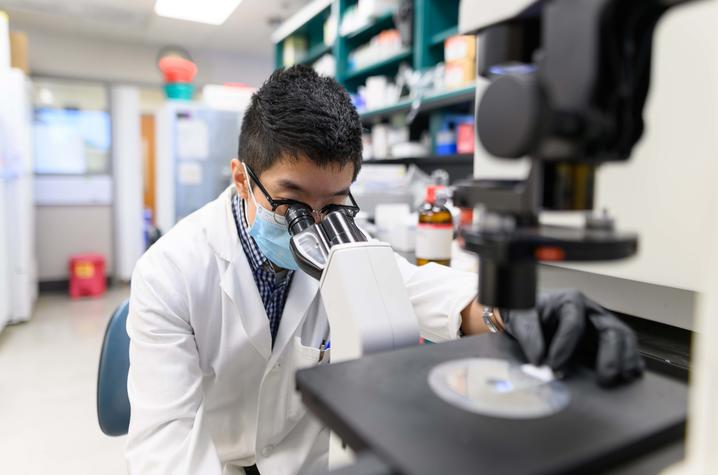 The five-year award will allow UK to remain among the leaders in Alzheimer’s disease research and associated neurodegenerative disorders. It will support research, teaching, outreach and service activities and a multidisciplinary team involving 26 faculty members from 14 academic departments, and 29 postdoctoral and staff members.

“As global experts in their field, our researchers at the Sanders-Brown Center on Aging are dedicated to discovering solutions to one of our society’s greatest medical challenges,” said UK President Eli Capilouto. “The continuous federal funding received by the center is a result of a legacy of aging and Alzheimer’s research that has been conducted here in Lexington — and recognized around the world — for more than 35 years.”

The UK-ADRC is part of a national network of federally funded and designated research programs based in academic medical settings. Initially funded in 1985, UK was one of the original 10 ADRCs in the United States. The ultimate goal of the UK-ADRC is to catalyze pioneering basic, translational and clinical research in Alzheimer’s disease and related dementias while ensuring a more rapid rate of progress toward new therapies so that volunteers and their families become the beneficiaries of advances in knowledge.

“The UK-ADRC provides the resources and interactive environment to support and create new opportunities for groundbreaking research discoveries,” said Van Eldik, who is also professor of neuroscience in the UK College of Medicine and holds the Dr. E. Vernon Smith and Eloise C. Smith Alzheimer's Research Endowed Chair. “Major areas of research emphasis in the center include efforts to identify the earliest changes in the brain and mechanisms behind the transitions from healthy brain aging to the development of cognitive impairment, to understand how multiple changes in the brain influence risk of memory problems, and what we can do to maintain a healthy brain as we age.”

In addition to research, the UK-ADRC is also dedicated to growing education and outreach programs, family support and community partnerships to promote awareness of the center and the resources and services provided.

“This grant has far-reaching effects,” said Lisa Cassis, Ph.D., UK vice president for research. “In addition to supporting the six cores of the ADRC here at UK, the funding allows Sanders-Brown researchers to collaborate on studies with other research centers, to share research data as part of a national coordinating center, to make experimental drugs available to patients through national clinical trials and to bring in additional NIH funds for research projects.”

Over the last five years, some of what the UK-ADRC has achieved includes:

“These achievements have been made possible by our longstanding cohort of highly dedicated community volunteers who agree to annual evaluations and brain donation after death,” said Van Eldik. “We are so grateful for their participation because it is enabling us to develop new biomarkers for early diagnosis, define risk factors that can either increase or reduce risk of memory impairment and identify potential new therapies or effective interventions.”

The continuously replenished longitudinal cohort, which is a type of research study that follows large groups of people over an extended time, was established in 1989. The cohort consists of about 500 cognitively normal volunteers and about 200 additional individuals who transitioned to mild cognitive impairment or dementia.

“As Kentuckians, we should be proud of the fact that the Bluegrass is home to many of the leading researchers and physicians found anywhere in the country thanks to the UK Sanders-Brown Center on Aging,” said Mark F. Newman, M.D., UK executive vice president for health affairs. “The work being done by this research team and this center is another significant way that UK is focused on solving the health problems of Kentuckians and beyond.”