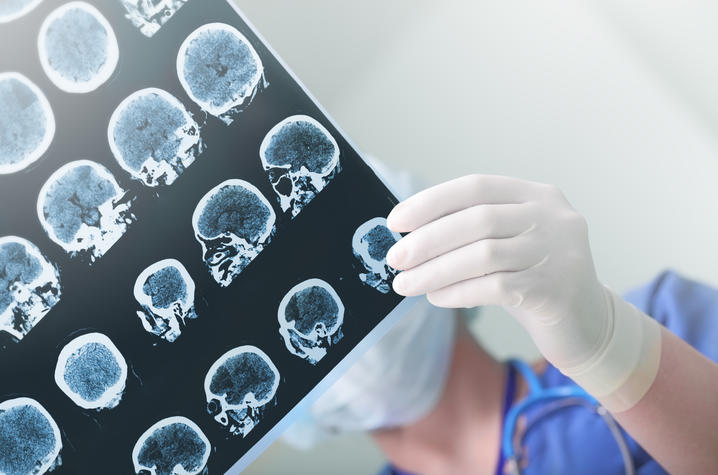 LEXINGTON, Ky. (July 17, 2020) — Researchers at the University of Kentucky Sanders-Brown Center on Aging (SBCoA) recently screened the first participant in the world for what is known as the AHEAD 3-45 study. This work is looking at a study medication, BAN2401, to determine if it can help prevent worsening memory and thinking among individuals who might be at risk for future decline. They are hoping this study finds that BAN2401 does just that and will ultimately help prevent Alzheimer’s disease.

“We know that each study gets us one step closer to finding that cure. We at Sanders-Brown expect to be a part of that eventual breakthrough,” said Shani Bardach, Ph.D., assistant professor of Gerontology in the UK College of Public Health and director of Clinical Trials Outreach and Recruitment at SBCoA.

The AHEAD study is a Phase III clinical study, conducted as a public-private partnership between the Alzheimer’s Clinical Trials Consortium (ACTC), funded by the National Institute on Aging, part of the National Institutes of Health, and the pharmaceutical company Eisai. The study is being led by three academic principal investigators: Dr. Paul Aisen from University of Southern California, and Drs. Reisa Sperling and Keith Johnson from Brigham and Women’s Hospital and Massachusetts General Hospital, Harvard Medical School.

“We are very excited about the AHEAD 3-45 project, as we are vigorously targeting amyloid at the earliest feasible stage of the disease spectrum, with treatment tailored to the amount of amyloid in brain,” said Aisen, co-lead of the ACTC.

In addition to the United States, this study will be conducted in Japan, Canada, Australia, Singapore and Europe. Participants are ages 55-80 who are considered clinically normal with little to no cognitive impairment. Some participants are below the threshold for amyloid elevation but are at high risk for further accumulation. While some other participants have elevated levels of amyloid in the brain and are at high risk for progression to mild cognitive impairment.

“This is a really promising, large scale/multi-site effort, to see if we can make any breakthroughs in Alzheimer’s disease prevention. The ability to move forward with this research in a safe manner during COVID highlights the ability for the clinic to adapt to current challenges and continue to seek ways to prevent Alzheimer’s disease,” said Bardach.

The team at UK has been extremely proactive and creative in terms of finding ways to move forward with their research while keeping everyone safe. “It demonstrates the dedication of our research participants and research staff in being able to overcome the barriers to make this happen,” she said.

"Researchers at SBCoA are extremely thankful for their volunteers, which are the only way we find answers and make scientific progress," Bardach said. "We are hopeful about this research and appreciate our participants’ willingness to commit time and effort to helping us find answers."

Heather Nichols, clinical trials administrator at SBCoA summed up this milestone by saying, “This is a story full of hope, during a time, where there is so much negative, and people need to know that UK is out there fighting for the health and wellbeing of our community, nation and the world, by curing this awful disease.”

ABOUT THE SANDERS-BROWN CENTER ON AGING (SBCOA): Founded at the University of Kentucky in 1972, SBCoA has played an instrumental role in several landmark breakthroughs related to Alzheimer's and other dementias, including the discovery that there are changes in the brain decades before there are outward symptoms of the disease. In 1985, SBCoA was among the first 10 Alzheimer's Disease Centers funded by the National Institutes of Health. Currently, only 31 designated Alzheimer's Disease Centers exist in the U.S. and only nine, including Sanders-Brown, have been continuously funded since the designation was launched.