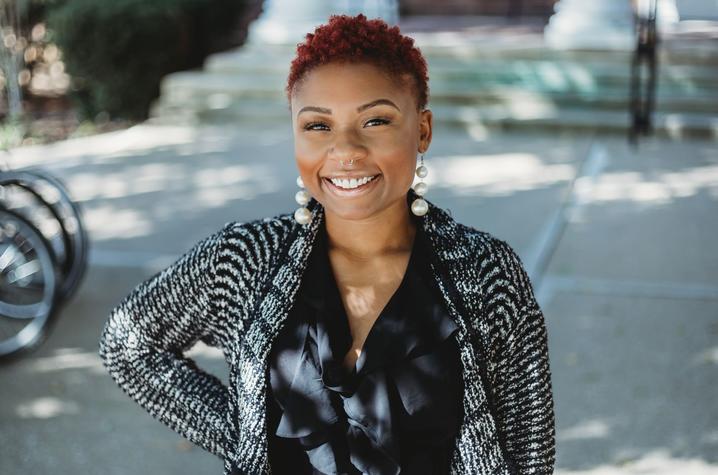 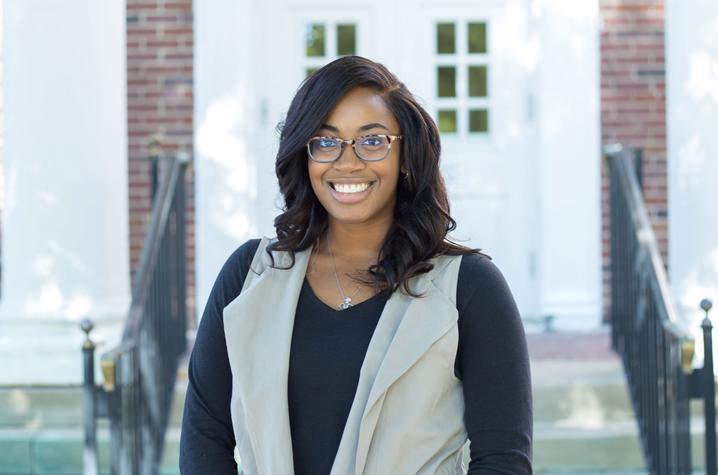 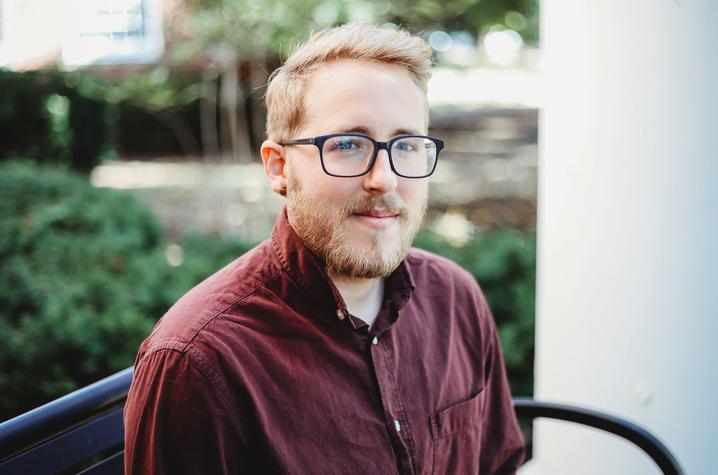 LEXINGTON, Ky. (Nov. 15, 2019) — The Graduate School at the University of Kentucky hosted UK GradResearch Live!, a research showcase and Three Minute Thesis (3MT) competition Oct. 29 in the Gatton Student Center Worsham Theater. The competition challenged UK graduate students and postdoctoral trainees to effectively communicate their research to a general audience, with a single slide, in three minutes or less. In the three categories of presentations, Pre-3MT, 3MT and Postdoc 3MT, a total of seven students and trainees took home honors, including College of Education doctoral student Natalie Malone with the top prize.

Judges for the event were Alan Lytle, news director of WUKY; Brigitte Blom Ramsey, executive director of the Prichard Committee for Academic Excellence; and Jack Furlong, emeritus professor of philosophy at Transylvania University.

The Pre-3MT track is for graduate students who have a research proposal, but do not yet have results or conclusions. While the traditional 3MT track winners were selected by a panel of judges, the Pre-3MT track winners were selected by audience votes. In the Pre-3MT track of the competition, Kameron White McDaniel, a UK College of Education Department of Educational, School and Counseling Psychology doctoral student, finished in first place with her presentation, “Relationship between Racial Identity Beliefs and Self-Efficacy in Black Girls within the Education Context.”

The driving force behind her future research lies within how black girls develop their racial identity beliefs during high school. She has worked as a teacher and high school counselor in Fayette and Jefferson counties and plans to use that experience, along with her own memories of navigating high school, to shape her research.

“In high school and college, I was often one of a handful of black girls in advanced classes and/or predominantly white spaces,” McDaniel said. “I was trying to maintain my black identity while also not being perceived as the stereotypical ‘black girl.’ Black girls have a lot to navigate, but these experiences are not consistently looked at critically, in comparison to that of, say, black boys, or girls in general. I feel strongly that schools can’t implement strategies to help a population they haven’t paid attention to, and research can’t offer effective strategies for the same reason.”

Zakary Clements, a doctoral student in the Counseling Psychology Program, and his presentation “Positive Transgender Identity,” took home second place in the category.

The traditional 3MT track is for graduate students nearing completion of their research projects and who have results/conclusions. Natalie Malone, a counseling psychology doctoral student in the College of Education Department of Educational, School, and Counseling Psychology, won first place for her presentation, “Can A Meditation Help Heal Racial Trauma?,” and received the most votes from audience members, making her the winner of the people’s choice award. She will move on to compete at a regional 3MT competition of her choice.

Malone is working on her Ph.D. in counseling psychology. “The data from our study is rich with intimate details shared by Black students about their experiences with racism, racial trauma, identity, and coping,” Malone said. “I chose the topic because I wanted to honor their responses and bring our findings to life.”

The Postdoc 3MT category, which includes presentations at any stage of the research, was voted on by audience votes exclusively. Sathya Velmurugan, a post-doctoral fellow in the Department of Pharmacology and Nutritional Sciences in the College of Medicine, was named the people’s choice for her presentation “Diabetes, Heart, and A Tale of Two Ions.” Second place was awarded to Oliver Voecking, a post-doctoral student studying in the College of Arts and Sciences’ Department of Biology, for his “Eye Am Legend” presentation.

“We work on diabetic cardiomyopathy in animal models and it can be a challenge to explain the molecular mechanisms underlying this condition to a general audience. The award indicates how interested the public are in learning about the fundamentals of life and about ongoing pre-clinical research that might save life in the future,” Velmurugan said.

UK is one of the first research universities in the U.S. to include both pre-3MT and post-doctoral tracks in the campus-wide competition. “No matter the field, the ability to engage a variety of audiences in one’s research, to tell a concise and memorable story about it, is one of the touchstone skills of the 21st century researcher and scholar,” said Morris Grubbs, assistant dean in The Graduate School. “Whether speaking to students, peers, general audiences, family members, potential employers, funders, legislators or the media, this ability, which needs practice and continuous honing, can open doors and get results.”

UK GradResearch Live! was born out of the University of Queensland’s 3-Minute Thesis competition, which began in 2008. Most research universities in the U.S. and many universities throughout the world now have some form of the competition.

The Graduate School and Graduate Student Congress have hosted 3MT competitions at UK since 2013. The Society of Postdoctoral Scholars became a co-sponsor last year. Participants use the competition to practice their communication and presentation skills while sharing their research with the campus community.