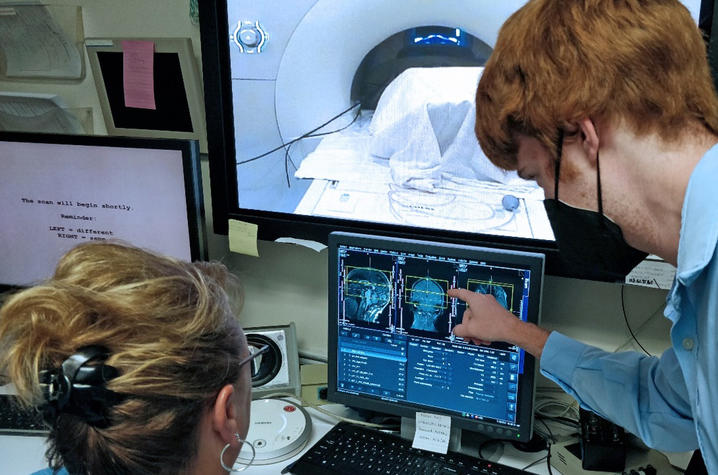 UK researchers conduct an MRI scan as part of the study, which suggests that a healthy diet is linked to lower brain iron and better cognition in older adults.

The study was recently published in the Neurobiology of Aging and highlights the important balance of non-heme iron for optimal neuronal function. Excess non-heme brain iron has been associated with neurological diseases such as multiple sclerosis and Alzheimer’s disease. High levels of brain iron can also be seen in normal aging, where they have been correlated with poor cognitive performance.

A key question is whether age-related increases in brain iron and related cognitive declines can be slowed by environmental factors, such as healthy dietary intake. To explore this question, the research team evaluated the relationship between nutritional intake, brain iron and cognitive performance in a group of healthy, older adults between 61 and 86 years old.

The team was able to address the question using a variety of methods including computer assessments to quantify working memory performance, questionnaires to obtain nutrition information and an in vivo MRI technique called quantitative susceptibility mapping to measure iron concentration in brain tissue.

Consistent with previously published work, the results indicated that increasing age was associated with higher levels of brain iron concentration and poorer working memory performance. However, those older adults with high dietary intake of nutrients commonly found in nuts, soybeans, olive oils, and fish (such as vitamin E, lysine, DHA omega-3 and LA omega-6 PUFA) tended to have lower brain iron and better working memory performance than expected for their age.

“Our results suggest that these nutrients may offer protection against brain iron accumulation and cognitive decline in older adults,” said Valentinos Zachariou, Ph.D., a researcher in the UK Department of Neuroscience and first author of the publication.

In addition to Zachariou and Gold, several other key researchers from UK and other institutions contributed to the research, including Edward Hall, Ph.D., Christopher Bauer, Ph.D., and Elayna Seago in the UK Department of Neuroscience, D. Allan Butterfield, Ph.D., in the UK College of Arts and Sciences’ Department of Chemistry, and Georgia Panayiotou, Ph.D., with the Department of Psychology at the University of Cyprus.