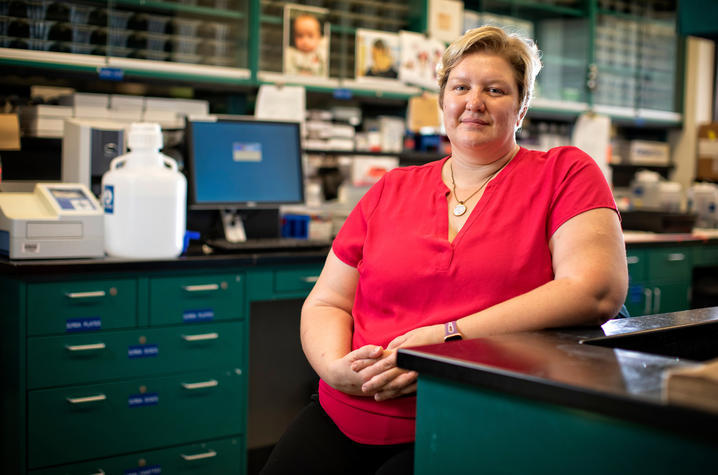 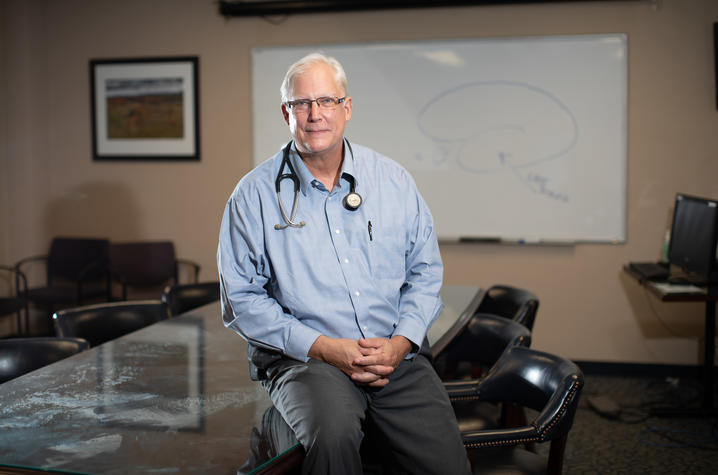 LEXINGTON, Ky. (Nov. 11, 2021) — Researchers at the University of Kentucky’s Sanders-Brown Center on Aging recently received a five-year grant renewal of their MarkVCID program from the National Institutes of Health (NIH). The award total is more than $6 million.

The MarkVCID consortium was established to discover and cross-site validate biomarkers of vascular cognitive impairment and dementia (VCID) with an ultimate goal of developing a toolbox of biomarkers that will be useful for future clinical trials. The University of Kentucky was selected as one of the seven MarkVCID sites in its initial funding period in 2016. Greg Jicha, M.D., Ph.D., and Donna Wilcock, Ph.D., are co-leads of the program at UK.

“Most folks that come to see me in my clinic are worried about the big “A”, Alzheimer’s disease, but here in the stroke belt of Kentucky it is just as likely that they are experiencing hardening of the arteries, or as we call it in medical terms, small vessel ischemic disease. Finding new ways to understand and treat this vascular problem in the brain is critical for the health of our aging population in the Commonwealth,” said Jicha.

UK is uniquely situated to be an excellent location for research of this as a Center of Excellence for Stroke and Dementia, along with being a designated Comprehensive Stroke Center, and a National Institute on Aging Alzheimer’s Disease Research Center (ADRC).

“The combination is great. We have a strong clinical program in stroke, as well as the ADRC, and then also just geographically our location in the heart of the stroke belt — means that a very large proportion of our population here in Kentucky is at very high risk for VCID because of their cardiovascular risk factors like heart disease and hypertension,” Wilcock said.

As part of the initial period, UK has been following 126 participants who have varying levels of cardiovascular risk factors and a large proportion of whom have defined subjective memory complaints (SMCs), with some defined as mild cognitive impairment (MCI). All participants underwent the MarkVCID MRI battery, blood collection, and neuropsychological and clinical assessment. One quarter of participants also contributed cerebrospinal fluid (CSF). Additionally, researchers say all participants consented to autopsy; a requirement initiated at the beginning of their MarkVCID recruitment.

With this recent renewal, the program will increase to 200 participants. “A big part of the prior five years was getting standard operating procedures all set up, getting sequences harmonized, techniques harmonized, and some initial validation was done. Now, this is really going to be robust clinical validation of a suite of biomarkers basically for small vessel disease,” explained Wilcock.

Jicha added, "Expanding our program to 200 participants will help us to make sure everyone is represented, whether they are from rural Appalachia or of Black/African-American descent or from other underserved populations. Inclusivity and diversity strengthens our science and ensures that our discoveries are going to do their very best to help all those we serve.”

The goal at the end of this next five-year period is to have a suite of biomarkers, that researchers feel is robust enough and validated across their consortium, that can then be used for clinical trials. “The reason this is so important is that we currently do not have any biomarkers for vascular cognitive impairment and dementia, and yet we know that a large proportion of our aging population have some of these brain changes. So being able to detect that in a sensitive fashion during life is going to be very important for treatment as we develop those,” said Wilcock.