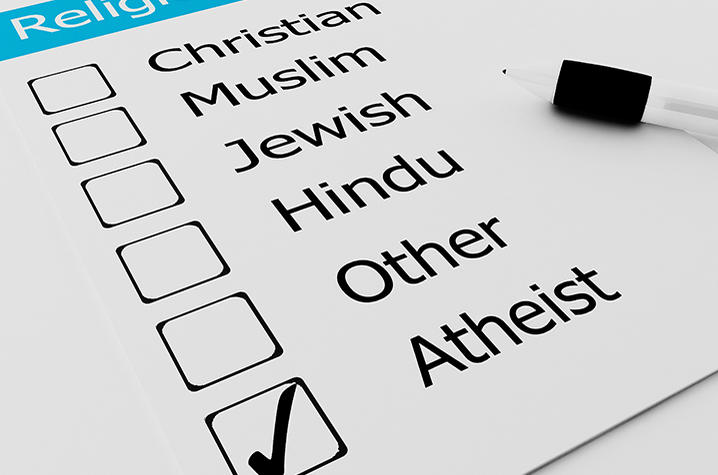 LEXINGTON, Ky. (May 25, 2017) ― University of Kentucky Associate Professor of Psychology Will Gervais is the lead author of the study “How many atheists are there?,” which appears in the current issue of the journal Social Psychological and Personality Science. Gervais’ study asserts that there may be many more atheists in the U.S. than society believes.

It's tough to figure out just how religious or nonreligious different populations of people are. Widely cited telephone polls (like Gallup and Pew) suggest U.S. atheist prevalence ranges from 3 percent to 11 percent. But, there's heavy stigma leveled against religious disbelief in the U.S., which might make people reluctant to disclose their lack of belief over the phone to a stranger. Using a subtle, indirect measurement technique, psychology researchers have found that atheists may represent anywhere from 20 percent to 35 percent of the U.S. population.

“Just as there are, and have historically been, closeted gay men and lesbians out there, there are probably lots and lots of closeted atheists out there, who don't even identify themselves as such in anonymous polls,” Gervais said.

The authors surveyed a total of 4,000 people in two studies with nationally representative samples. They used an indirect sampling method, which gives participants a list of things to look at and then record how many of the statements, but not which specific statements, are true for them. This technique lets researchers infer overall prevalence of things people might not want to admit, and has previously been used to estimate the prevalence of various undesirable or criminal behaviors.

“Within our sample, one in three atheists in our online survey did not disclose their lack of belief, highlighting the level of stigma associated with lack of belief,” said co-author UK doctoral candidate Maxine Najle.

Gervais said he was “surprised by just how far the indirect measurement diverged from established polls of religious disbelief. Our best estimate is more than double what Gallup telephone polls estimate.” Gervais and Najle expected a much more modest gap between self-reports and indirect measurements.

The findings also have potential impact for science. For decades, researchers have been developing and testing theories about how religion works, but they focus on belief being prevalent and atheism a rare occurrence.

“If it turns out that atheism isn't all that rare, it might challenge a lot of prevailing theories,” Gervais said. “Basically, it'd mean that those of us who study the natural foundations of religion need to question our bedrock theories and assumptions.”

It's important to note that their results weren't crystal clear and perfect. Their estimates are “pretty noisy,” Gervais said. “It's 26 percent as a best guess, but it could be quite a bit lower ... or higher. Could be 20 percent, could be 35 percent. We also had some findings that made us question the validity of the very task we employed.”