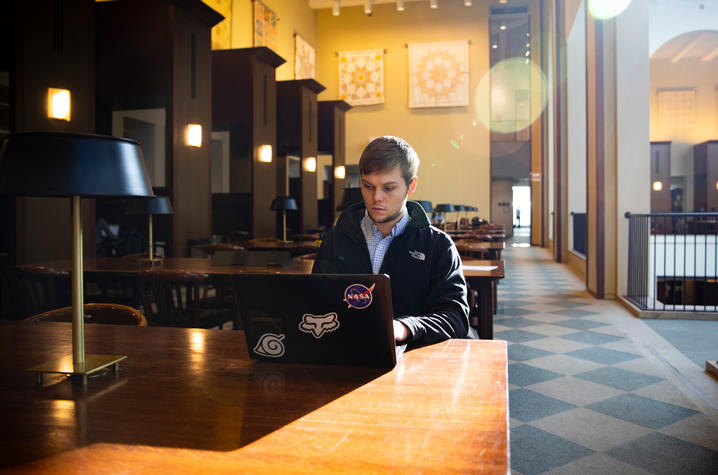 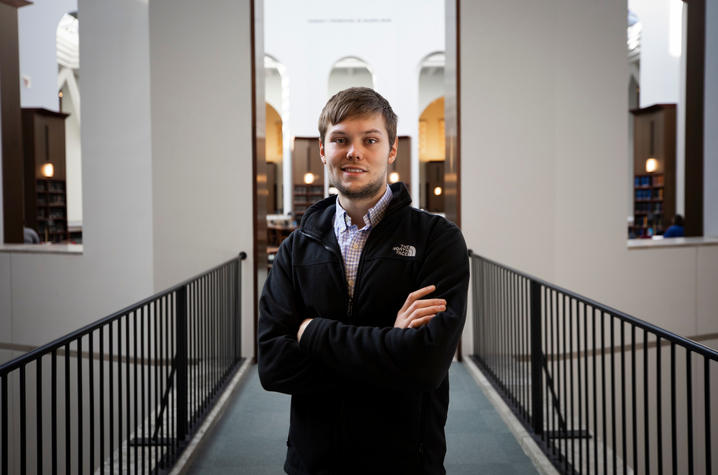 LEXINGTON, Ky. (Dec. 11, 2018) — Rolling foothills and familiar faces — Burkesville, Kentucky, can be summarized with one simple word: small. Nestled in Appalachia and bordered by the Cumberland River, a mere 1,500 people call the city home, including Bryan Willis.

"A lot of people in my hometown took after their parents," he said. "They were more than happy to stay."

Though proud of his humble beginnings, Willis had dreams and aspirations that were anything but small. Five years ago, he was determined to set an example for his four younger siblings — one they could be proud of. Willis traded Burkesville for Lexington, becoming the first member of his family to pursue a college degree.

"I kept choosing paths that were way out of my comfort zone and doing everything I could to take advantage of any opportunity that came my way," he continued. "That's why I chose the University of Kentucky."

Quite the ambitious freshman, Willis declared pre-med as his major. Fast forward three semesters — his grades were satisfactory, but his passion was lacking. What now? Willis spent countless hours weighing the pros and cons of switching majors.

"Should I graduate with a degree that I don’t feel passionate about or take on the extra debt and find a degree that I truly loved? It's hard to decide what you want to do for the next 40+ years of your life," he continued. "I am jealous of those who knew exactly what they wanted coming into college, but at least I know I ended up on the right path regardless."

Willis took the path less traveled — enrolling in the College of Engineering, in pursuit of a degree in computer engineering, during his fourth semester. Without hesitation, he also decided to pursue an internship. Willis applied for every opportunity but was met with rejection after rejection.

"Since I didn’t have the experience my classmates did, I had to do something else in order to compete," he continued. "I needed to stand out during the interview process in a way that made a good impression on whomever was interviewing me."

So, Willis focused on his soft skills — and it paid off.

Two months after applying for the NASA Pathways Program, Willis was fielding questions from a panel of engineers in Houston, Texas. "When the interview was over, I remember thinking, I actually had a chance to land this position," he said. "Not even two weeks later, I received the offer. I have been working with NASA and attending college for the past three years."

Willis has worked hand-in-hand with the Flight Operations Division on an application called Solar Flux, which aids in trajectory propagation. He also spent time in the Hybrid Reality Lab working “on a lunar simulation that provided tactile feedback to astronauts as they roamed the surface of the moon.”

From dream internship to dream career — upon graduation Dec. 14, Willis will trade Lexington for Houston to officially become a computer engineer for NASA's Johnson Space Center.

"When I was offered the full-time position, it was very surreal. Since my first tour at NASA, I knew that I had found my passion in life."

Willis accepted a full-time position with the Robotics Branch of the Engineering Directorate, where he will help construct the Portable Life Support System (PLSS), otherwise known as the back-pack, on the upcoming spacesuit. "More specifically, I will be working on the voice enunciation software that will speak to the astronaut. It provides critical information, like oxygen levels."

Willis has always been a go-getter, but he credits UK, and the College of Engineering, for giving him the skills and confidence to succeed. "I strongly believe, if I had gone to a different school in Kentucky I may not have ended up at NASA."

"Only about 3 percent of the NASA applicants each year are accepted, so I knew it was very unlikely I would land the job. I didn’t let this stop me, because I knew that if I didn’t apply than that 3 percent chance turned into a 0 percent chance. Always put yourself out there."