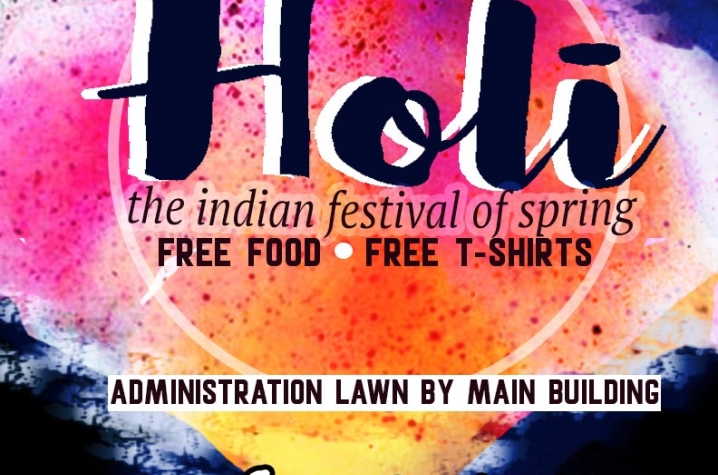 Spring is here, so it’s time to celebrate with some color. Holi is a holiday in the Indian culture to honor the arrival of spring. Participants will get a taste of the Indian culture with traditional foods and the demonstration of different dances and garb and of course throwing dyes.

“Welcome the arrival of spring in the traditional Indian way with a celebratory color throwing festival,” said Lee Mengistu, SAB director of multicultural affairs. “Prepare to get serenaded by an array of colorful dyes accompanied by awesome music! Lots of colors, food, fun, shirts and prizes!

All participants are advised to wear white during the dye throwing portion of the event, as this is a tradition for the holiday and also will allow a more vibrant appearance of the dye. T-shirts and prizes will be given out throughout the event.

Check out SAB’s twitter page at http://twitter.com/UKSAB for any changes.

SAB brings more than 60 entertaining, educational and enriching programs that are reflective of contemporary issues and trends to the University of Kentucky annually. These programs are designed to enhance the college experience for students, faculty, staff and the greater Lexington community.