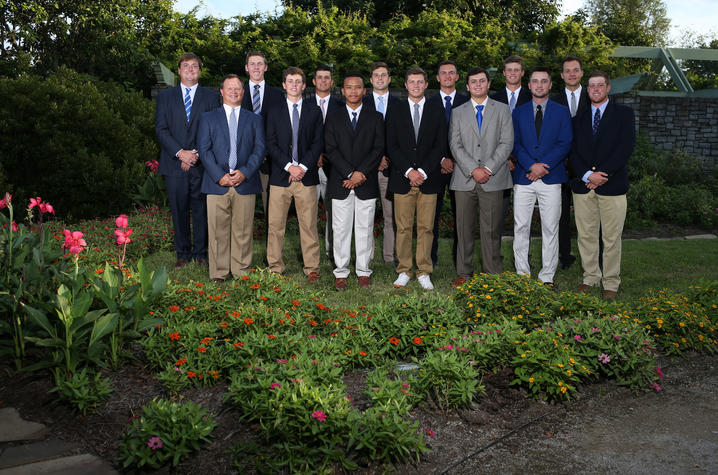 NORMAN, Okla. (July 21, 2017) — The University of Kentucky men's golf team was tabbed an All-Academic Team by the Golf Coaches Association of America (GCAA), for a team grade-point average that exceeded a 3.5 for the 2016-17 academic year. The Wildcats were one of 19 programs, and the only Southeastern Conference (SEC) team, in the country to earn the GCAA’s President’s Special Recognition honor for owning a 3.5 or better average.

To earn recognition to the GCAA Academic Team a team must submit GPAs for each player on its official squad list for the academic year and have a comprised result of 3.0 or better. The Wildcats were among five SEC schools to capture All-Academic team accolades from the GCAA joining University of Missouri, University of Mississippi, University of Tennessee and Vanderbilt University.

A player must possess a 3.0 grade-point average for the preceding academic year or his entire collegiate career and meet additional qualifications to earn recognition by the league office.

Furthermore, earlier this summer Craig and the Wildcats earned honors for their Academic Progress Rate scores from the NCAA. The UK men’s golf team ranked in the top 10 percent nationally among other Division I golf programs after scoring a perfect 1.000. The APR provides a real-time look at a team's academic success by the progress of each student-athlete on scholarship. The APR scores are a four-year composite, covering the 2012-13 through 2015-16 school years that measure eligibility, retention and graduation.

The golf team has continued to meet the standard of Athletic Director Mitch Barnhart’s department-wide goal of an all-encompassing 3.0 GPA. With a 3.538 GPA during the spring semester, the men’s golf team earned the top GPA of any men’s sport in the department during the spring semester. They were also awarded the team academic award at the 2017 CATSPY awards in April.

For the latest on the Kentucky men's golf team, follow @UKMensGolf on Twitter and on the web at www.UKathletics.com.