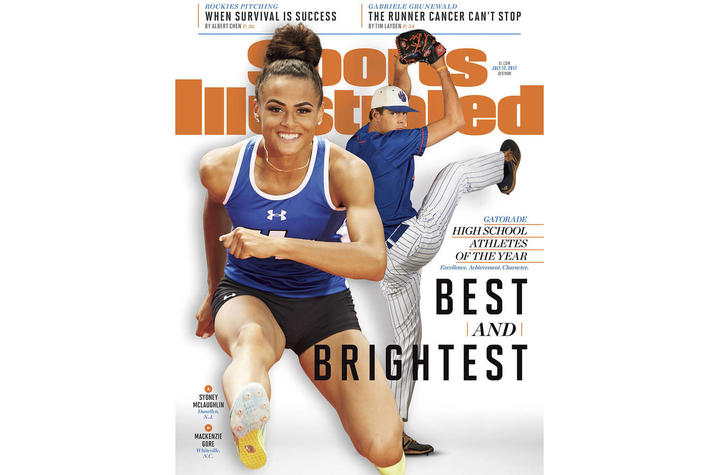 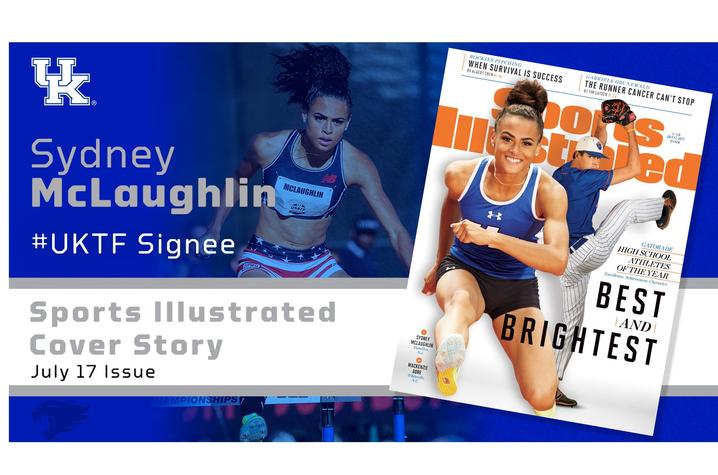 LEXINGTON, Ky. (July 18, 2017) — Just weeks away from starting her freshman year at the University of Kentucky as part of the track and field team, Sydney McLaughlin — an Olympian as a junior in high school — landed on the cover of the Sports Illustrated (SI) July 17 issue.

Last month McLaughlin earned Gatorade’s Track and Field Athlete of the Year award for the second year in a row, being surprise presented with the honor by legendary sprinter Allyson Felix again as well. SI’s Dan Greene wrote the feature on McLaughlin in the current SI issue.

McLaughlin (Dunellen, New Jersey - Union Catholic High School) completed her high school career last month by placing sixth in the USA Track and Field 400-meter hurdles final, lowering her world under-20 (formerly known as junior) record to 53.82 — a world-class time that would’ve at worst medaled in just about any other 400m hurdles race ever contested. That wrapped a prep career which saw her break multiple high school records in addition to countless performances that went viral on the internet to say nothing of becoming the youngest person to make the U.S. Olympic track and field team in decades.

McLaughlin and UK Head Coach Edrick Floréal have indicated she will compete in the 100m hurdles and long jump as a freshman. The initial explanation for the decision is to take break from her signature 400 hurdles after two straight grueling seasons that took her to elite competitions contested long after most prep athletes have begun offseason recovery, and also to just keep things fresh for an athlete so talented across disciplines.