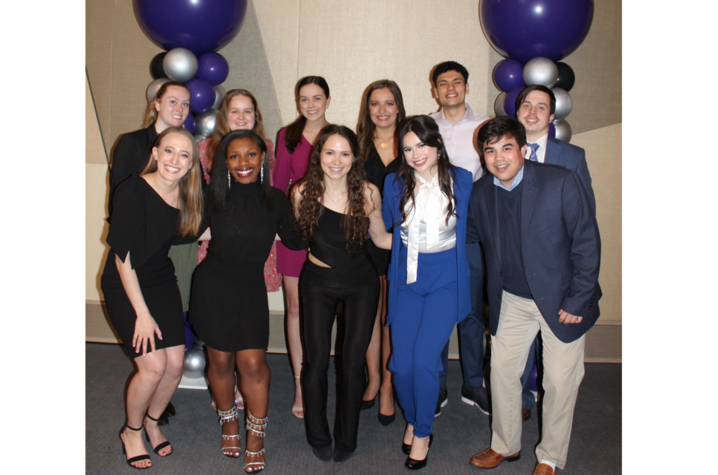 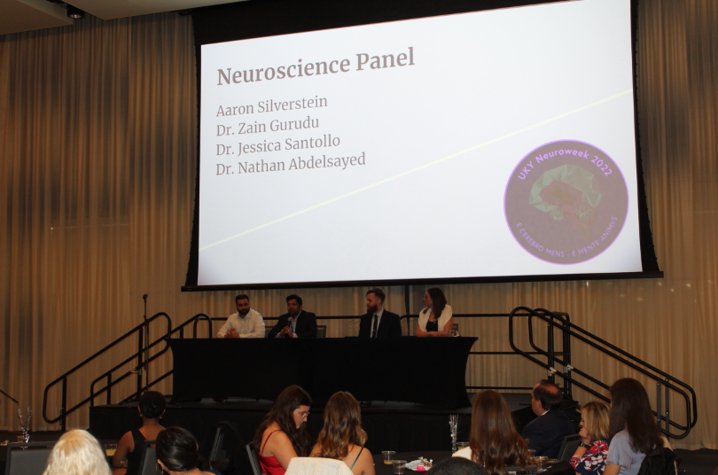 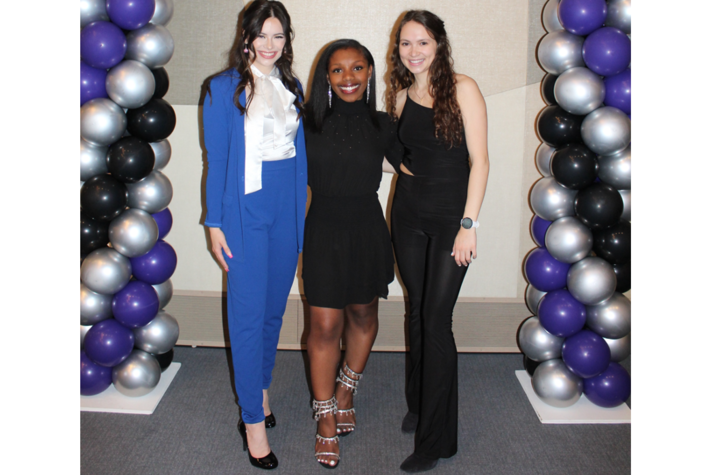 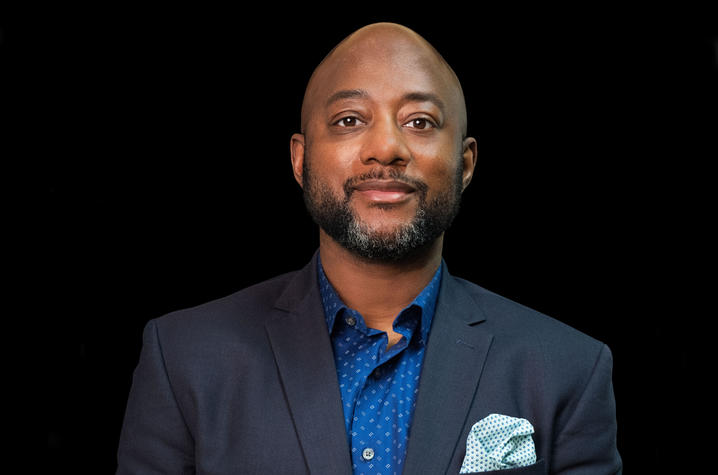 LEXINGTON, KY. (April 28, 2022) — It started as an idea during the 2021 spring semester. The goal behind the idea being discussed by the student group, Minority Students in Neuroscience (MSN), was to bring together all neuroscience majors, faculty and staff for an event celebrating the study they all love and enjoy. The group’s faculty mentor at the time, Patrick Walker, the inaugural Ruth Jones Lewis Faculty Scholar in Entrepreneurship & Free Enterprise, an endowed position in the Lewis Honors College, helped them elaborate on this idea and develop a vision for a Neuroscience Gala.

“I remember thinking that is a great idea but having no idea how to put it together,” said MSN President Alexa Halliburton.

Halliburton then reached out to two other student groups on campus, NeuroCATS and Women in Neuroscience.

“Science can be difficult, cold and unfeeling at times, and so events that give a little bit more humanity to a difficult career field are such a breath of fresh air,” said Savanna Burke, a junior neuroscience major and president of Women in Neuroscience.

The groups jumped at the opportunity to join to create an event for the entire neuroscience community. The theme of the banquet-style event was "Why Neuro?"

“As STEM students, a lot of us work really hard and don’t take much time for ourselves. The gala allowed students to celebrate that hard work in a fun and supportive environment. We were also able to recognize members and faculty that have made a difference in our organizations,” said Lilly Swanz, a junior neuroscience major and president of NeuroCATS.

“Events like the Neuroscience Gala bring together various specialists and researchers from a wide array of fields within neuroscience. We get to share our journey and how our individual experiences can impact and contribute to science and the neuroscience community. This helps students understand what the neurosciences offer, research opportunities, shadowing opportunities, mentorship opportunities, and what impact they can create if they are in this field,” said panel member Zain Guduru, M.D., program director for adult neurology residency and assistant professor of neurology in the UK College of Medicine.

The gala, which took place during this year’s "Neuro Week," concluded with some awards, including Mr. and Miss UK Neuroscience. The organizers felt the awards portion helped acknowledge how passionate and dedicated their peers are.

“It is important to make people feel included, and I think the gala — and our respective organizations — give neuroscience students that chance. Women in Neuroscience and Minority Students in Neuroscience are awesome for recognizing traditionally under-represented groups in the field. Then NeuroCATS brings everyone together based on our common interest in the brain,” Swanz said.

Halliburton who watched this idea in its infancy with her advisor was thrilled to see it come to fruition a year later in his honor.

“This was the first of hopefully many. Hopefully, it will have the momentum to jumpstart into something beautiful.”

The soon-to-be graduate won’t be on campus to help plan future events as she will be continuing her neuroscience journey at Roosevelt University in Chicago, working toward her doctorate in clinical psychology on the neuropsychology track.

Meanwhile, those who joined Halliburton in organizing the inaugural event say plans are already in the works for next year.

“We are so proud of this year, we got a lot of positive feedback, so we are hoping to make it an annual occurrence,” Swanz said.

In memory of Patrick Walker, a first-generation HBCU graduate, and his many contributions to the university and its students, the Lewis Honors College established the Patrick Douglas Walker Scholarship last year. This scholarship supports first-generation students, including students from underrepresented racial or ethnic groups in the college.