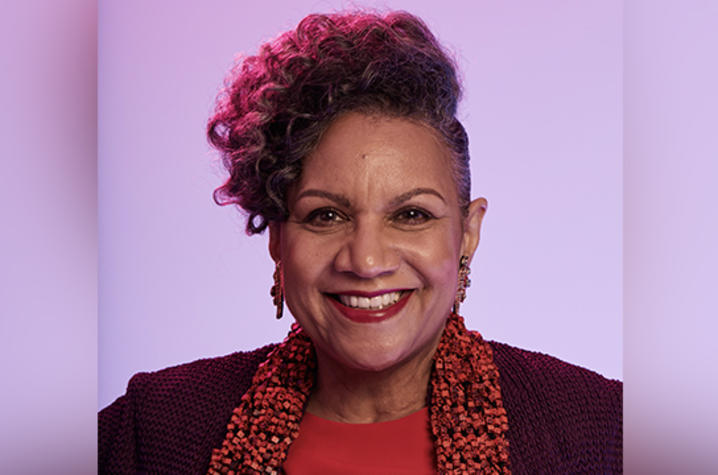 LEXINGTON, Ky. (Sept. 28, 2020) — On Tuesday, Sept. 29, the University of Kentucky Institute for the Study of Free Enterprise in the Gatton College of Business, the Lewis Honors College's Diversity and Inclusion Advisory Council and the Martin Luther King Center will welcome author and journalist A’Lelia Bundles.

The event will be on Zoom at 6 p.m. Registration is required.

Bundles will discuss the lessons she learned from her great-great-grandmother, Madam C. J. Walker, who is recorded as the first female self-made millionaire in America, in her talk titled "I Got My Start by Giving Myself a Start: Madam C. J. Walker's Secrets to Business Success.” Although she acknowledges Walker is most known for her success in business, Bundles hopes that through her talk, students will learn about Walker’s work to fight for equality.

“I hope students will be inspired by Madam C. J. Walker's life and her example of overcoming obstacles to build an international business that employed thousands of women,” Bundles said. “While many people focus on her millionaire status, what's more important to me is her legacy as a philanthropist, who contributed to Black cultural and educational institutions; as a political activist, who supported the NAACP's anti-lynching movement; and as an entrepreneur, who empowered other women to become economically independent.”

Bundles has authored “On Her Own Ground: The Life and Times of Madam C.J. Walker.” This biography is the inspiration for the fictional four-part Netflix series “Self Made” starring Oscar-winner Octavia Spencer that premiered on March 20.

Patrick Walker, Ruth Jones Lewis Faculty Scholar in Entrepreneurship and Free Enterprise, invited Bundles to speak to students about the legacy of her great-great-grandmother after watching the Netflix series himself.

“I first learned about A’Lelia after watching the Netflix series ‘Self Made,’ a story about her great-great grandmother Madam C.J. Walker, a Black woman who went from washing clothes to building a beauty empire, becoming the first female self-made millionaire in America. The bonus blessing for me came when I learned about A’Lelia’s own international and critical acclaim as an author, journalist and ‘truth-seeker,’” Walker said.

Bundles is a former network television news executive and producer at ABC News and NBC News and a vice chairman of Columbia University’s Board of Trustees and chair emerita of the board of the National Archives Foundation. She is on the advisory boards of the March on Washington Film Festival, the Schlesinger Library on the History of Women in America at Harvard’s Radcliffe Institute, the Smithsonian’s American Women’s History Initiative and George Washington University School of Media and Public Affairs.

She is also working on a fifth book, “The Joy Goddess of Harlem: A’Lelia Walker and the Harlem Renaissance,” about her great-grandmother whose parties, arts patronage and international travels helped define the era.