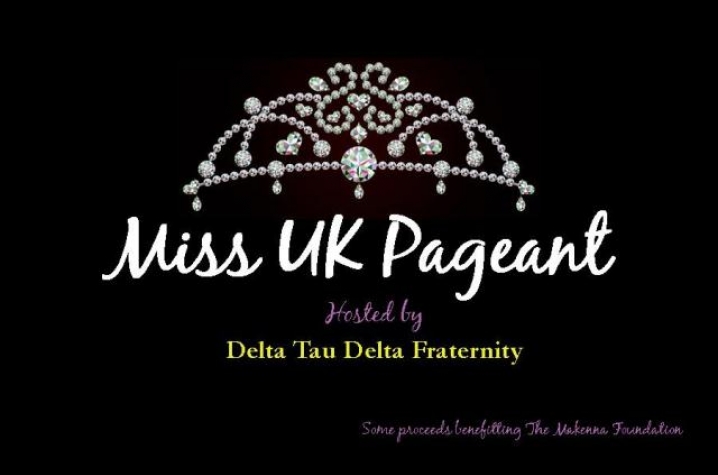 LEXINGTON, Ky. (Oct. 13, 2011) – While many boys grow up in the Commonwealth of Kentucky dreaming about one day wearing the blue and white and "Kentucky" across their chests, many little girls dream of wearing something with a little more sparkle – a Miss America crown. This weekend, a long-time UK pageant elevates its tradition by becoming an official preliminary for the Miss Kentucky title that leads to the Miss America pageant.

In addition to the title of Miss UK, scholarships will be given to the top finishers and donations will be going to the Lexington-based Makenna Foundation for children’s cancer.

Twelve women will be vying for the title of Miss UK, representing nine sororities. The sorority with the highest attendance will receive a donation to the charity of their choice with the winner being announced during the pageant.

Tickets can be purchased in advance for $10 or purchased for $15 at the door. Contact Jordan Young (jordan.young2@yahoo.com) to pre-order tickets.

For more information on the Miss UK pageant, contact Pageant Chairman James Bardenwerper at bardenwerperj@yahoo.com or Samuel Niehaus at Samuel.niehaus@uky.edu.