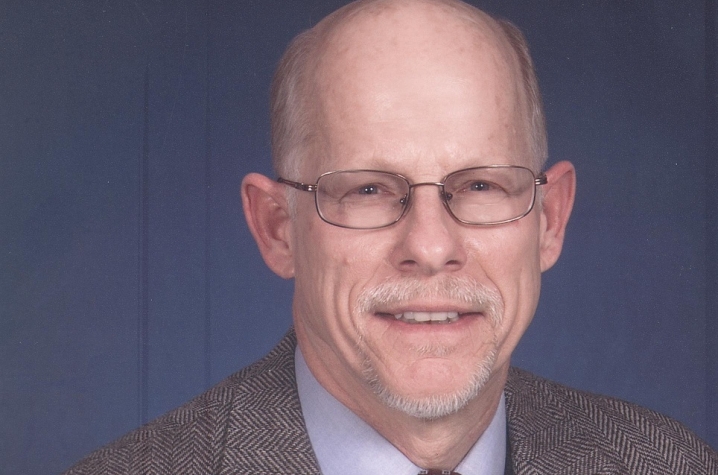 LEXINGTON, Ky. (April 22, 2014) — To save the United States from the effects of global warming, the U.S. government must literally “save the world,” University of Kentucky sedimentary geologist and paleontologist Frank Ettensohn said.

Ettensohn, a professor in the Department of Earth and Environmental Sciences, will deliver the UK College of Arts and Sciences 2014 Distinguished Professor Lecture at 7 p.m. Thursday, April 24, in the auditorium of the William T. Young Library. The title of his talk is "Saving the World: Reflections on the U.S. Government and Energy Security."

Ettensohn, whose career at UK spans more than 30 years, is a leading scholar in the study of sedimentary rock layers and the fossils contained in them. He has nearly 200 publications, including 83 refereed papers. His primary research area is the geology of Kentucky and the Appalachian Basin.

He is also an international leader in the identification of ancient earthquakes and in the field of black, oil, and gas shales.  His research has spawned a series of models which have brought about a major paradigmatic shift in how geologists understand the formation of gas shales.

Shale gas, produced from organic-rich shales that abound in the United States and in much of the world, offers the world an alternative to high-carbon fuels such as coal and oil, Ettensohn said.

"These rocks have been known and ignored for a long time, because the technology to fracture them and allow gas to flow was not available until recently," he said. "This technology has now made gas the go-to fuel to counter global warming, because it produces less than half the carbon dioxide of burning coal and lacks the associated particulate and gaseous pollutants."

Ettensohn says shale gas is best understood as a "bridge fuel," one that can facilitate transition to diverse, renewable energy, energy efficiency and sustainable development.

"This transition, what the Germans call 'energiewende,' could ultimately result in a reorientation from demand to supply, a shift for centralized to dispersed energy distribution, and an overall democratization of energy," Ettensohn said.

As a Jefferson Fellow, Ettensohn has been using his knowledge of gas shales over the past nine months to help colleagues in the U.S. Bureau of Energy Resources, Department of State, understand and assess shale resources. This experience has given him the opportunity to see how energy policy is formulated. Ettensohn will share some of his reflections on these issues at his talk.

A tribute to Ettensohn, written by College of Arts and Sciences Dean Mark Kornbluh on the occasion of Ettensohn's being named the college's 2014 Distinguished Professor, is online at http://www.as.uky.edu/professor-frank-ettensohn-named-arts-and-sciences-distinguished-professor.