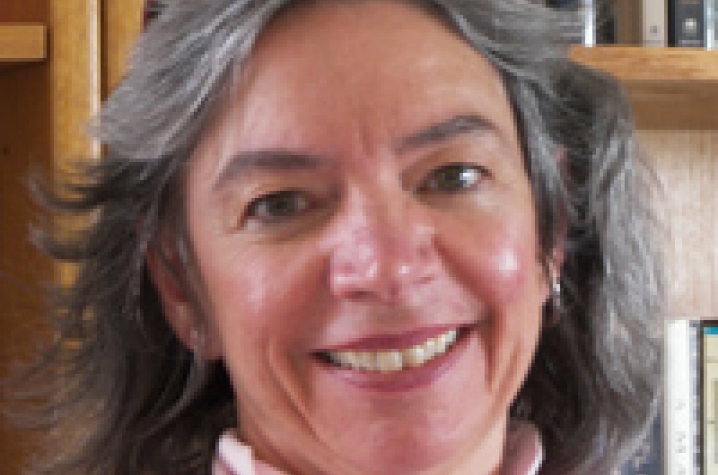 LEXINGTON, Ky. (April 11, 2011) —  A transformative researcher of transnational processes in Appalachia, the American South and around the world will visit the University of Kentucky for the fourth and final of the Place Matters series this week.

Barbara Ellen Smith, a sociology professor and the former director of Women's and Gender Studies at Virginia Tech, will present a talk titled "Transforming Places: Towards a Global Politics of Appalachia" at 3:30 p.m. Thursday, April 14, in the John Jacob Niles Gallery. Professor Srimati Basu of the UK Department of Gender and Women's Studies and Professor Shannon Bell of the Department of Sociology will participate as discussants in Smith's lecture.

Smith's discussion will focus on episodes of activism around place. "How are people thinking about place? How are they defending it?" she said. "What lessons can be learned?"

Smith and colleagues like Steve Fisher, the co-editor in her upcoming book, "Transforming Places: Lessons from Appalachia," critique the widely popular view that calls for the creation of transnational organizations, like Amnesty International, in order to fully participate in globalization.

"Many people hold the opinion that global is the only scale at which change can happen," Smith said. "And we live in a fully globalized world. We understand that. What we're arguing is a different framing. We're saying that globalization happens here too. It happens everywhere. And it can only be produced by actions of people on the ground."

Smith cites residents of Eastern Tennessee who supported Latino immigrant poultry workers in Morristown. "On the one hand, it's a local struggle," Smith said. "But on the other, you've got global issue-immigration issues." After successfully supporting local Latino workers, the Morristown group, Jobs with Justice, has gone on to become involved in immigrant rights.

"These operations in local places translate globally," Smith said. "This is a learning process.  You have to really analyze how the global is introduced into local sites and then decide how you're going to handle it."

For the past 30 years, Smith has been an activist-scholar in Appalachia and the U.S. South. She is the author of three books and numerous articles, including "Digging Our Own Graves: Coal Miners and the Struggle over Black Lung Disease" and "Neither Separate Nor Equal: Women, Race and Class in the South."

Smith is a prominent and widely published feminist sociologist whose recent interests include multinational movement in Appalachia and the U.S. South, including new Latino immigration and global/regional social justice struggles. Her primary areas of research include gender, labor and globalization; race, citizenship and immigration; and movements for social justice in the U.S. South.

Smith's talk is the ideal finale to a series exploring the importance of place in research, pedagogy and citizenship in Appalachia and throughout the world.

"Globalization in its current form is not inevitable, though globalization in some form is," Smith said. "Part of what I want to assess is the kind of globalization. Are there certain aspects that are unjust?  How do we identify these on the ground and fix them?"

Place Matters is sponsored by the Department of Appalachian Studies, the College of Arts and Sciences, the University of Kentucky Appalachian Center and the Appalachian Graduate Research Community.

The Appalachian Studies Program is an interdisciplinary program of the College of Arts and Sciences that includes faculty affiliates in Arts and Sciences and the colleges of Education, Fine Arts, and the Health Sciences. The program is devoted to promoting scholarship and teaching about Appalachia and service to the Appalachian region, as well as bringing together and augmenting our collective, universitywide strength in Appalachian research and education.