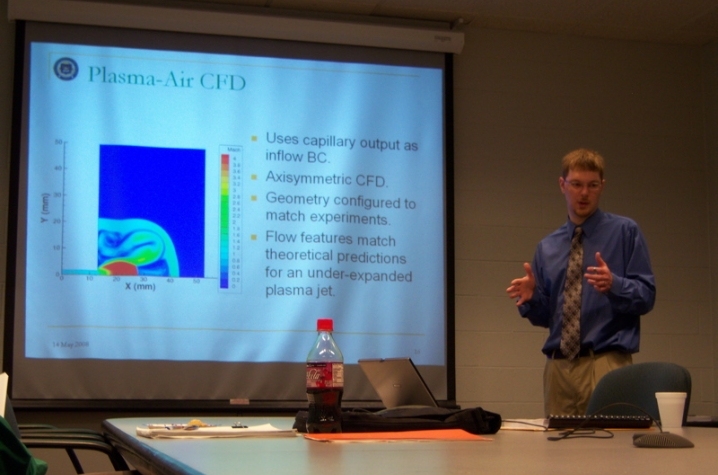 LEXINGTON, Ky. (Jan. 20, 2012) — United States Army Research Physicist Andrew J. Porwitzky will present a lecture titled "Computational Armor Research at the U.S. Army Research Laboratory: Motivation and Validation" as part of the University of Kentucky's Department of Mechanical Engineering's William Maxwell Reed Seminar Series. Porwitzky's seminar on his research is open to the public and free of charge and will be held at 3:30 p.m. Tuesday, Jan. 24, in Room 323 of the CRMS (UK Center for Manufacturing) building at UK.

Porwitzky is part of the U.S. Army Research Laboratory in Aberdeen Proving Ground, Md., where his research focuses on the development of vehicle armor in war zones.  Most recently, he was given a visiting researcher position in the Computational Shock and Multiphysics group and was also the first non-DoE (Department of Energy) member of the ALEGRA development team at Sandia National Labs in Alburquerque, N.M.

Porwitzky received his bachelor's degree in physics from the University of Vermont. He later went on to receive a doctoral degree in aerospace science at the University of Michigan. Currently, his emphasis as a research physicist is to work on theoretical and computational modeling of plasmas and magnetohyrodynamic phenomena related to Army applications.