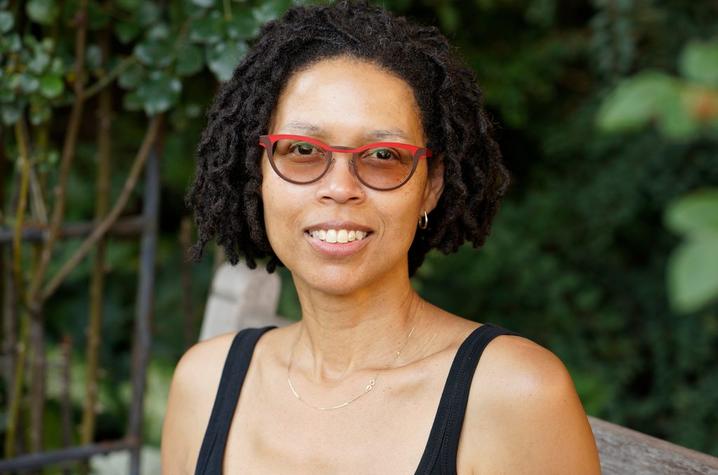 Celebrated poet Evie Shockley, a finalist for the Pulitzer Prize in Poetry, will give the keynote lecture at the next Kentucky Women Writers Conference.

LEXINGTON, Ky. (Jan. 23, 2020) — Evie Shockley, a finalist for the 2017 Pulitzer Prize in Poetry for her book "semiautomatic," will give the keynote speech at the 2020 Kentucky Women Writers Conference scheduled for Sept. 10-13, 2020. The free public talk, presented in conjunction with University of Kentucky Libraries, will begin 7 p.m. Friday, Sept. 11, at the Pam Miller Downtown Arts Center, in downtown Lexington.

Evie Shockley is the author of three books of poetry: "semiautomatic" (Wesleyan, 2017), which won the Hurston/Wright Legacy Award and was a finalist for both the Pulitzer Prize and the LA Times Book Prize; "the new black" (Wesleyan, 2011), winner of the Hurston/Wright Legacy Award in Poetry; and "a half-red sea" (Carolina Wren Press, 2005). In 2019, she was named winner of the Lannan Literary Award in Poetry.

In "semiautomatic," the poet's work traces a web of connections between the kinds of violence that affect people across the racial, ethnic, gender, class, sexual, national and linguistic boundaries that divide us.

Celebrated for subject matter as well as style, “semiautomatic” was described by Robert Archambeau of the Hudson Review as "notable not only for the way it navigates questions of identity and politics, but for the variety and virtuosity of its use of form.

"Form, for Shockley, begins with music. How couldn’t it? The daughter of a jazz musician, she grew up in Nashville in a part of town where one could come to believe that 'any six or seven people with vocal cords could produce four-part harmony at the drop of a dime.'"

In addition to her poetry, Shockley is also the author of the critical study, "Renegade Poetics: Black Aesthetics and Formal Innovation in African American Poetry" (Iowa, 2011).

Shockley’s other honors include the Stephen Henderson Award and fellowships from the Radcliffe Institute for Advanced Study, the Schomburg Center for Research in Black Culture and the American Council of Learned Societies. A Cave Canem graduate fellow, Shockley received the 2012 Holmes National Poetry Prize and previously was awarded a residency at the Hedgebrook Retreat for Women Writers in 2003. Two of her poems were displayed in the "Biko 30/30" exhibit, a commemoration of the life and work of anti-apartheid activist Steven Biko, which toured South Africa in 2007.

Embracing both free verse and formal structures, Shockley straddles the divide between traditional and experimental poetics. Her influences include Gwendolyn Brooks, Lucille Clifton and Harryette Mullen. Shockley was coeditor of the poetry journal jubilat from 2004 to 2007 and guest editor in August 2018 of Poem-a-Day from the American Academy of Poets.

A professor of English at Rutgers University, Shockley earned her bachelor's degree from Northwestern University and, after studying law at University of Michigan, her doctoral degree in English from Duke University.

In addition to her public keynote lecture at the Kentucky Women Writers Conference, Shockley will lead a two-day poetry writing workshop at the Carnegie Center for Literacy and Learning. The workshop is open to conference registrants only.

The 42nd Kentucky Women Writers Conference will take place Sept. 10-13, 2020, at the Carnegie Center and other Lexington venues. A program of the UK College of Arts and Sciences, the conference is the longest running literary festival of women in the nation. Registration opens April 1. For more information on the conference, visit online at www.kentuckywomenwriters.org.