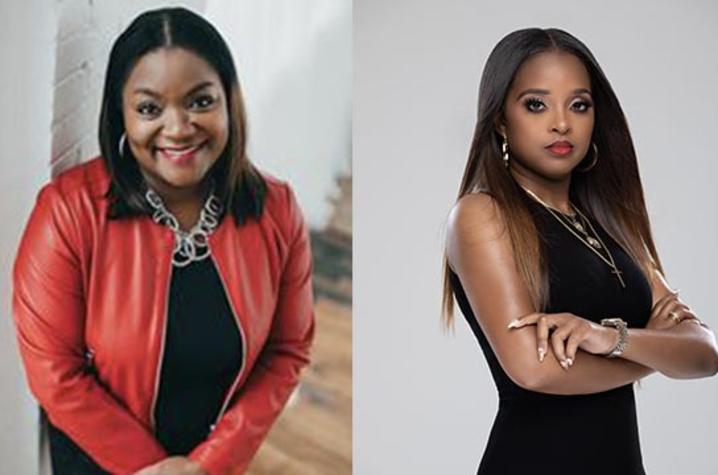 Sister Circle Forum is a support program sponsored by the UK Martin Luther King Center (MLK) and the UK Center for Graduate and Professional Diversity Initiatives (CGPDI). The event is curated to support young and professional women of color through interactive workshops, presentations and activities. Non-women of color are also encouraged to join the space to develop their understanding of being an ally, advocate and accomplice to women of color. Conference attendees will engage in critical conversations surrounding professional development, education and career planning, and will examine the legacy and present state of support between different groups of women.

“Attendees can expect to learn and experience womanhood through the perspective of sisters from other walks of life, and learn how they fit in the narrative of sisterhood,” said Ruth Gonzalez Jimenez with the MLK Center. “Hosting Tamika D. Mallory and Sadiqa Reynolds for the Sister Circle Forum is going to be dynamic. Both of these women have been at the center of so many important conversations for 20 years, particularly with respect to people and women of color.”

Sadiqa Reynolds will deliver the first keynote address at 1 p.m. Thursday, March 25. An alumna of the UK David J. Rosenberg College of Law, Reynolds is now president and CEO of Louisville Urban League — the first woman to hold this title in the affiliate’s 95-year history. She was also the first Black woman to clerk for the Kentucky Supreme Court when serving as chief law clerk for the late Chief Justice Robert F. Stephens. Her life as a public servant also includes being the first African American to serve as Inspector General for the Commonwealth of Kentucky.

Reynolds has also been recognized by the Louisville Bar Association for providing pro bono hours in which she represented domestic violence victims and other disadvantaged citizens.

Hailed as a “leader of tomorrow” by Valerie Jarrett, then senior advisor to President Barack Obama, Mallory has the gravitas of a long-time political organizer — she served as the National Action Network’s youngest executive director and helped organize the 2017 Women’s March, the largest single-day protest in U.S. history.

A rising leader in the new wave of feminism, Mallory empowers others to contribute their voice and engage in the political process to create change, while sharing her own perspective on where the civil rights movement goes from here.

“Tamika was at the heart of founding the Women’s Movement in 2017, and her team shifted their focus to bring light and justice in Louisville last year with police brutality taking Breonna Taylor, a sister, from us,” said Gonzalez Jimenez. “Sadiqa, as president of the Louisville Urban League, has been instrumental in community organizing, and my home city needed the both of them, like our audience for the forum needs to hear from them now. I hope people can join us live March 25 and 26 for their addresses.”

For more information about Reynolds, Mallory and the 2021 Sister Circle Forum, visit https://www.uky.edu/cgd/sister-circle-forum-2021.