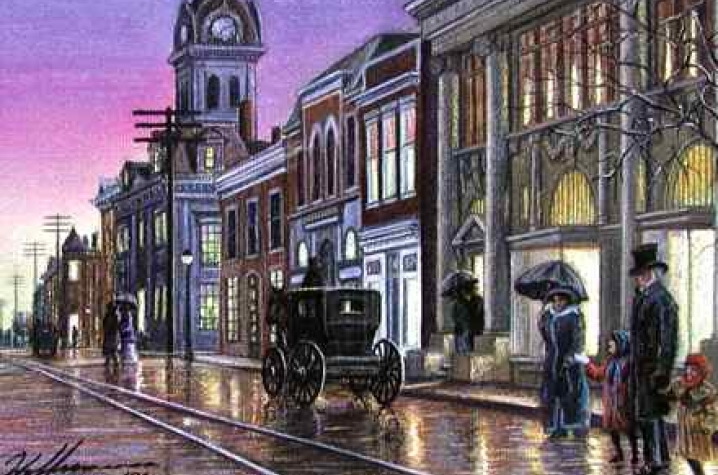 LEXINGTON, Ky. (Nov. 12, 2014) — Now in its 33rd year, the Kentucky Book Fair will be held from 9 a.m. to 4 p.m. Saturday, Nov. 15, at the Frankfort Convention Center. This year’s fair will feature around 200 authors showcasing their most recent books including several authors from the University of Kentucky and University Press of Kentucky (UPK).

Sponsored by The State Journal, and co-sponsored by the Kentucky Department for Libraries and Archives, Joseph-Beth Booksellers and UPK, the Kentucky Book Fair attracts thousands of avid readers and patrons from across the country. With many books ranging from regional cookbooks to wartime histories, the fair has a book for everyone with a passion for reading. This year's fair is expected to attract an attendance of between 4,000 to 5,000 patrons.

· to honor the profession of writing in the form of a one-day celebration;

· to provide a format for authors to meet their reading public; and

· to raise money through the sale of books and donate all profits to mostly school and public libraries throughout Kentucky.

The proceeds benefit libraries which have few resources to expand collections, replace old books or fund literacy-related causes. Those contributions to date total more than $375,000.

Several University of Kentucky faculty, staff and alumni will take part in the fair. The UK authors and their corresponding publications are:

· Professor of Psychology Ruth Baer, "The Practicing Happiness Workbook"; and

UK authors published by UPK participating in the Kentucky Book Fair include:

· Office for Policy Studies on Violence Against Women Executive Director Carol E. Jordan, "Violence against Women in Kentucky: A History of U.S. and State Legislative Reform";

· Assistant Professor of English Frank X Walker, "When Winter Come: The Ascension of York"; and

As well as being available for signing, Maryjean Wall will participate in a symposium during the book fair to discuss "Madam Belle." She will discuss the life of infamous Lexington madam, Belle Brezing, whose wealth and fame grew alongside the booming popularity of horse racing. Wall uses the story of the Southern madam credited with inspiring the character Belle Watling in Margaret Mitchell’s "Gone with the Wind" to explore a wider world of sex, business, politics, and power. The symposium will take place at 12:30 p.m. at Fountain Place, adjacent to the Frankfort Convention Center.

Other authors and editors with recent publications from UPK participating in the fair and their corresponding books are:

· Louis Hatchett, author of "Duncan Hines: How a Traveling Salesman Became the Most Trusted Name in Food," and editor of Duncan Hines' books "Adventures in Good Cooking" and "The Dessert Book";

· Douglas V. Mastriano, "Alvin York: A New Biography of the Hero of the Argonne";

· Richard Taylor, "Sue Mundy: A Novel of the Civil War"; and

· David Zurick, "Land of Pure Vision: The Sacred Geography of Tibet and the Himalaya."

To hear more about UPK's participation in the Kentucky Book Fair, play the "UK At the Half" interview on the fair at the end of this story.

In addition to Doug Brunk, Alan Sullivan and Joe Cox, several other authors will be on hand representing books related to UK Athletics. Other authors and books on UK sports are:

· Dale Due, "You Are a Kentucky Wildcat"; and

For more information on the book fair and the featured authors, visit the fair's website, www.kybookfair.blogspot.com.