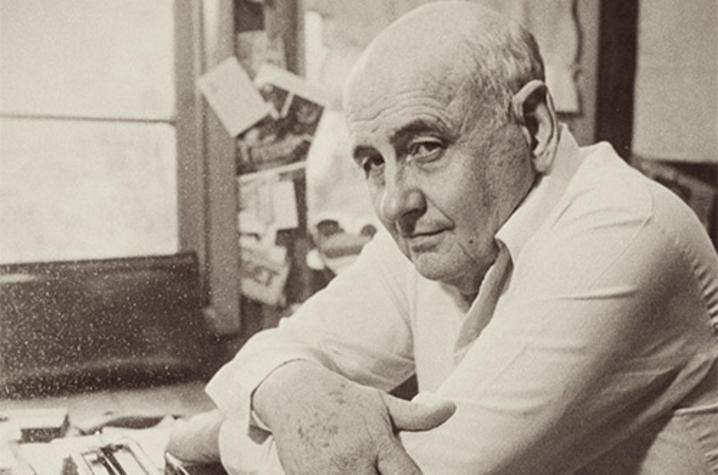 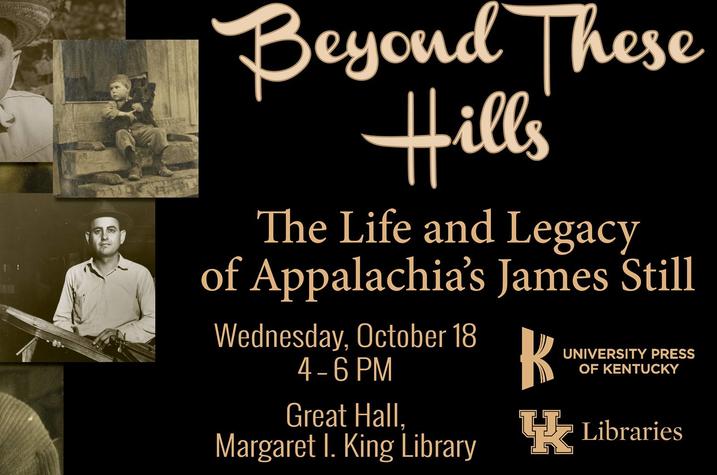 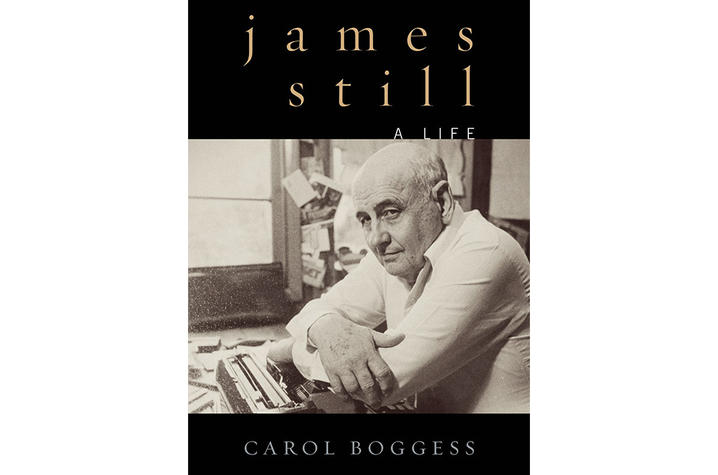 LEXINGTON, Ky. (Oct. 17, 2017) — His neighbors referred to him as the “man in the bushes,” critics and scholars deemed him the “dean of Appalachian literature” and a generation of subsequent authors called him mentor. In celebration of the life and work of one of the Commonwealth’s greatest writers — James Still — University Press of Kentucky (UPK) and the Special Collections Research Center (SCRC) at University of Kentucky Libraries have teamed up to present a free public lecture and exhibition.

Carol Boggess, author of UPK’s “James Still: A Life,” will present a talk titled “Beyond These Hills: Life & Legacy of Appalachia's James Still” beginning 4 p.m. Wednesday, Oct. 18, at the Great Hall of the Margaret I. King Library Building. A reception and book signing will follow.

In addition to Boggess’ talk, the UK SCRC will host the exhibition “James Still: The Long Way Home” on display in the Great Hall. The show features materials from the James Still Collection including photographs and manuscripts of the writer’s work.

James Still (1906-2001) was an American poet, novelist and folklorist. He lived most of his life in a log house on a small Kentucky farm between Wolfpen Creek and Deadmare Branch in Knott County. His novel “River of the Earth” depicts the struggles of coal miners in Eastern Kentucky. Published within a year of “Grapes of Wrath,” Still has been compared widely to John Steinbeck. Although both books do chronicle the demoralizing depression years, as Dean Cadle points out in the forward to “River of Earth,” “the major difference between them is that Steinbeck’s story deals with a calamity that has struck America only once in its lifetime, while Still is writing of the struggles that have plagued mountain people since the country was settled.”

In “James Still: A Life,” Boggess maps the elusive life and career of this pioneer of Appalachian literature. This first-ever biography includes exclusive photographs and letter excerpts, as well as the insight of a scholar who knew Still personally. Boggess explores the many sides of Still, who penned a lasting legacy of novels, poetry, short stories, children’s stories and folklore collections. Over his lifetime, Still published a total of 14 books including the enduring masterpiece, “River of Earth,” which was praised by Time magazine as a “work of art.”

Still’s often-contradictory personality was as captivating as any of the characters he created. Although he was born in Chambers County, Alabama, his writing would become the voice of Appalachia. For a man who traveled frequently and maintained a broad international correspondence, he chose to live a life of seclusion deep in the hills of Kentucky. Despite being a prominently respected figure in the literary world, Still chose to devote his talent and passion to the Hindman Settlement School, the first settlement school dedicated to educating mountain children and improving their isolated rural communities in North America.

The enduring legacy of Still’s life and work thrives today as an inspiration to generations past and future. His subject and style influenced the generation of writers who followed him including George Ella Lyon, Gurney Norman and Lee Smith, who refers to Still as “one of our greatest American poets.” Through his work with the Appalachian Writers Workshop that influence extended to a subsequent generation, including Chris Offutt, Jane Mayhall and Maurice Manning. Wendell Berry has celebrated him as a nearly perfect writer who was “well off the main track of the literary world.” Still’s work serves as a cultural artifact, establishing a timeless representation of human nature that is rooted in Eastern Kentucky but spans vastly beyond.

Still earned worthy recognition as the “Dean of Appalachian Literature” due to the eloquent precision of his words and the portrait-like accuracy with which he depicted the mountain culture. Despite the multiple facets of Still’s life, Boggess illuminates as well as is possible, what made this master tick.

Carol Boggess is president of the Appalachian Studies Association and professor emerita of English at Mars Hill University. She lives on her family farm in Yancey County, North Carolina.

UPK is the scholarly publisher for the Commonwealth of Kentucky, representing a consortium that includes all the state universities, five private colleges, and two historical societies. The press’ editorial program focuses on the humanities and the social sciences. Offices for the administrative, editorial, production and marketing departments of the press are found at UK, which provides financial support toward the operating expenses of the publishing operation through UK Libraries.

The SCRC at UK Libraries is home to a collection of rare books, Kentuckiana, the Archives, the Louie B. Nunn Center for Oral History, the King Library Press, the Wendell H. Ford Public Policy Research Center, the Bert T. Combs Appalachian Collection, the John G. Heyburn Initiative and ExploreUK. The mission of the center is to locate and preserve materials documenting the social, cultural, economic and political history of the Commonwealth of Kentucky.