LEXINGTON, Ky. (Sept. 6, 2017) — University of Kentucky's SSTOP Hunger: Sustainable Solutions to Overcome Poverty organization will host the university’s first screening of the documentary “Look and See: A Portrait of Wendell Berry.”  The screening, to be followed by a panel discussion, will begin 6:30 p.m. Wednesday, Sept. 13, in Kincaid Auditorium at Gatton College of Business and Economics.

“Look and See: A Portrait of Wendell Berry” is a cinematic account of the changing landscapes and shifting values of rural America in the era of industrial agriculture, as seen through the mind’s eye of writer, farmer and activist Wendell Berry, an alumnus and former faculty member of the UK Department of English.

Hollywood heavyweights Robert Redford, Terrence Malick and Nick Offerman served as producers on “Look and See,” in addition to Kentuckians Gill Holland, Owsley Brown III and Elaine Musselman. Following the documentary’s award-winning premiere at the SXSW Film Festival, it was retitled and updated to reflect the conversations that have emerged since the election. Local audiences may remember the film by its previous name, “The Seer,” which was screened in July 2016 at the Kentucky Theatre to benefit The Berry Center, a nonprofit organization that uses Berry’s writings to educate communities about sustainable agricultural methods that preserve the land and encourage healthy regional economies.

SSTOP Hunger’s UK screening of “Look and See” will be followed by a panel discussion with Mary Berry and Leah Bayens, Berry Farming program director. Tickets are FREE for students, but tickets must be reserved online. Tickets are $10 (plus fees) for non-students. To purchase and/or reserve tickets, visit here.

This screening of “Look and See” is made possible with support from UK's Student Sustainability Council, Department of Dietetics and Human Nutrition and Graduate School.

Housed in the Department of Dietetics and Human Nutrition in College of Agriculture, Food and Environment, SSTOP Hunger: Sustainable Solutions to Overcome Poverty supports on-campus initiatives and organizations with a focus on solving hunger and malnutrition. The committee unites the Universities Fighting World Hunger and Presidents United to Solve Hunger chapters on-campus. The purpose is to facilitate communication between and provide resources to hunger-related organizations to engage faculty, staff and students across disciplines in developing and implementing a strategy to solve hunger and malnutrition through hunger awareness and consciousness-raising, fundraising, advocacy and academic initiatives (teaching, research and outreach). 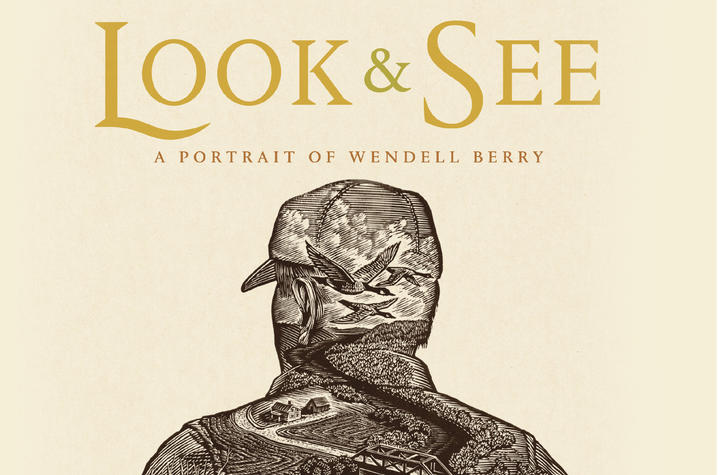