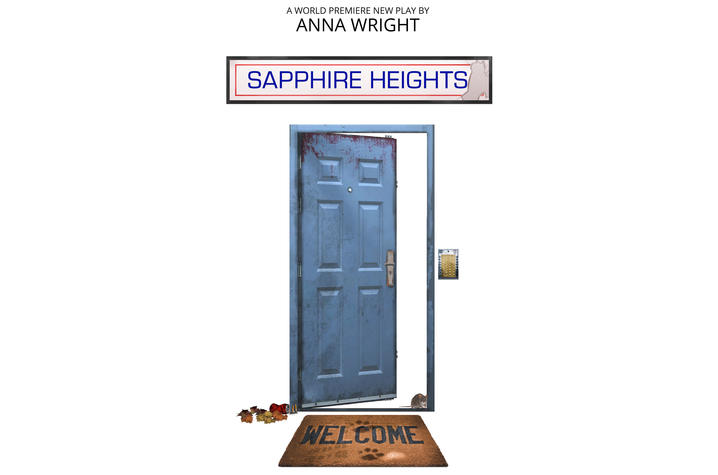 LEXINGTON, Ky. (Oct. 10, 2019) — A new play by Anna Wright, winner of the fifth biennial Prize for Women Playwrights from the Kentucky Women Writers Conference, will make its world premiere in the Commonwealth with four performances this fall. The debut production of Wright's "Sapphire Heights," produced and directed by Eric Seale, will run Nov. 7-9, at Lexington's Pam Miller Downtown Arts Center.

Wright’s winning script follows Angela and Billy, who believe they can help the Palestinian children Billy met on a trip to the West Bank. With a plan but no money, they look to Angela’s wealthy parents for help.

"Sapphire Heights" will feature a top-notch cast of Kentucky actors whose names will be familiar to local theater audiences: Forrest Loeffler as Billy, Sharon Sikorski as Alma, Bob Singleton as Drake, and Caitlyn Waltermire as Angela. The play is directed and independently produced by Eric Seale, in collaboration with Kentucky Women Writers Conference and the University of Kentucky College of Arts and Sciences. Seale is honored to produce and direct his third world-premiere winning play for the Prize for Women Playwrights. "Sapphire Heights" is the 70th show he has produced and his 55th time in the director’s chair.

Guest judge Ifa Bayeza selected "Sapphire Heights" as the winner of the fifth biennial Prize for Women Playwrights from three finalists’ submissions, which were chosen blindly by local theatre artists from a pool of more than 380 scripts. Other finalists in the contest were Linda Manning of Bronx, New York, for “Bite the Apple,” and Bridgette Portman of Fremont, California, for “La Fee Verte.” In addition to the premiere in Lexington, Wright received a $500 cash prize.

"Sapphire Heights is a delightful tragicomedy depicting a crisis of empathy in Western civilization,” said Bayeza, who recently appeared at the Kentucky Women Writers Conference. “The play explores how we confront suffering, both in the world and close at hand, and with devastating effect demonstrates the dangerous solipsism of modern Western civilization. The playwright seems to be urging the audience to see ourselves for who we are, the world for how it is, and to love both anyway.”

Wright is an emerging playwright and considers “Sapphire Heights” to be her first completed play. She is a native of England, residing in St. Leonard's On Sea, Hastings. She was invited to be a part of the Royal Court Young Writers Programme at The Royal Court, London, and completed a playwriting course with them in 2011. The play she developed there, “Coming of Rage,” was listed for the Bruntwood Prize in 2011, and a later five-act play written entirely in iambic pentameter, “To Be a Boy,” was announced as a semifinalist for the American Shakespeare Center’s competition, Shakespeare’s New Contemporaries, in 2018.

Wright has primarily worked as an actress from a young age. She was in youth theater between the ages of 10 and 18 and completed her bachelor's degree in acting at the Drama Centre London. Wright currently works as an actress and a workshop facilitator for the USA/UK Shakespeare Touring Company, Actors from the London Stage (AFTLS), founded by Sir Patrick Stewart in 1975. In addition, she serves as the UK/US liaison for the company and has facilitated theater workshops at over 15 American universities, including Kentucky's Berea College. Wright is also an oil portrait artist and is currently under commission.

The Kentucky Women Writers Conference, which recently celebrated its 40th anniversary, is an annual event known for bringing notable women writers, including playwrights, to Lexington for readings, writing workshops and discussions. A program housed in the UK College of Arts and Sciences, the conference is made possible in part by continued community partnerships, including its primary venue, the Carnegie Center for Literacy and Learning.