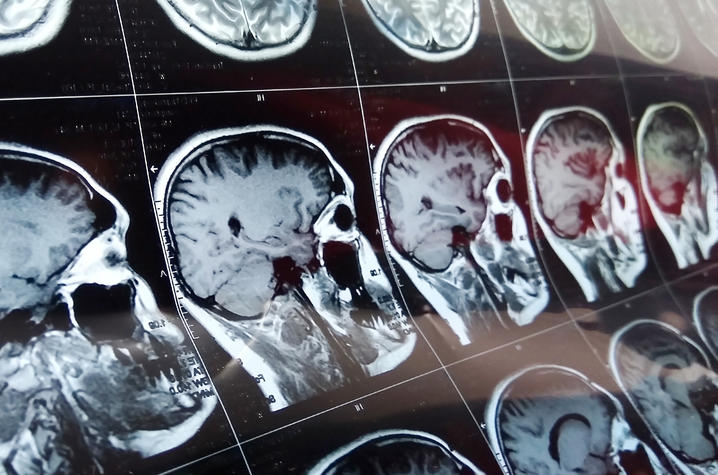 LEXINGTON, Ky. (March 14, 2022) — Head trauma can range from mild to severe, accounting for about one million visits to emergency departments in the United States each year. The leading causes are motor vehicle accidents, falls and assaults. The injuries are most common in children, young adults and people over 75. The subject has gained attention in recent weeks after the sudden death of actor and comedian Bob Saget. Autopsy reports revealed his cause of death as “accidental head trauma."

“The authorities have determined that Bob passed from head trauma. They have concluded that he accidentally hit the back of his head on something, thought nothing of it, and went to sleep,” a statement from the actor’s family said. “No drugs or alcohol were involved.”

Many times a bump on the head is just that, with the skull providing protection. Head trauma, if mild, may be accompanied by no immediate symptoms. However, injuries can be more severe and result in a skull fracture, concussion,  brain swelling, or bleeding in or around the brain. Concussion, a head injury that affects brain function, is not always associated with loss of consciousness and can occur after an otherwise seemingly mild injury. There can be loss of consciousness, confusion and amnesia for events that occurred prior to or after the injury.  A variety of other symptoms can occur depending on the location and extent of brain injury and can include headache, vertigo (a feeling of spinning or turning), nausea or vomiting, lightheadedness, or ringing in the ears. Brain swelling or bleeding within or around the brain can be life-threatening.

There can be a period of normal consciousness followed by progressive or rapid impaired wakefulness after head trauma. People who experience a head injury with any symptoms of concern should seek an immediate medical evaluation. Even a mild injury such as a bump on the head that causes loss of consciousness, confusion, or disorientation should prompt an immediate assessment.

Repeated, even mild head injuries can have long-term effects on brain function such as memory and thinking. As with other medical conditions, prevention is the best treatment. Children and adults riding bicycles, scooters or engaging in other recreational activities in which head injury could occur should wear an approved helmet. Those with gait imbalance should be assessed for a walking aid and their homes checked for obstacles that could increase fall risk. Consult your health care provider for advice on lowering risk.