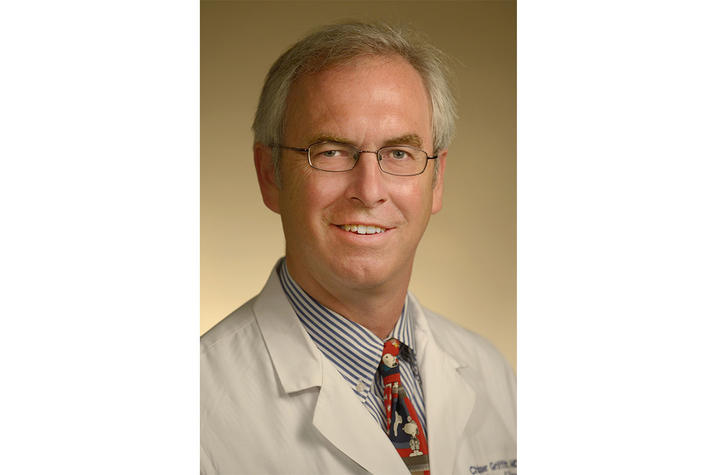 Dr. Charles "Chipper" Griffith III has been named the acting dean of the UK College of Medicine, effective July 1, 2021.

Griffith will serve as acting dean while Dean Bob DiPaola serves as acting provost, from July 1, 2021, to June 30, 2022. At that time, DiPaola intends to return to the College of Medicine and Griffith will return to his current roles.

UK President Eli Capilouto appointed DiPaola on May 14 to serve as acting provost. Blackwell announced in January that he would end his tenure as UK provost on June 30 as he is pursuing a presidential appointment at another university.

“Dr. Griffith has exhibited outstanding leadership and accomplishment in clinical and educational roles over his career, including nearly 30 years at UK,” Blackwell said. Griffith, professor of medicine and pediatrics, currently serves in the College of Medicine as the vice dean for education, a role in which he oversees all medical student programs, residency and fellowship programs, graduate student programs, and continuing education.

As well as vice dean, Griffith previously has served as senior associate dean for medical education and associate dean for student affairs in the College of Medicine. He is an educational scholar of national reputation, having published multiple articles and received numerous awards for his teaching including the Association of American Medical Colleges/Alpha Omega Alpha Robert J. Glaser Distinguished Teacher Award in 2004, the most highly regarded medical school teaching award in the country.

“I am flattered and honored to serve as acting dean for the coming academic year," Griffith said. "The College of Medicine is on an amazing trajectory across the educational, research and service missions, and I look forward to working with the faculty, staff, leaders and learners who are making this happen for the good of the people of our Commonwealth.”

Griffith earned his medical degree at Vanderbilt University and completed a residency in internal medicine/pediatrics at UK HealthCare. He also earned a Master of Science and Public Health from UK.