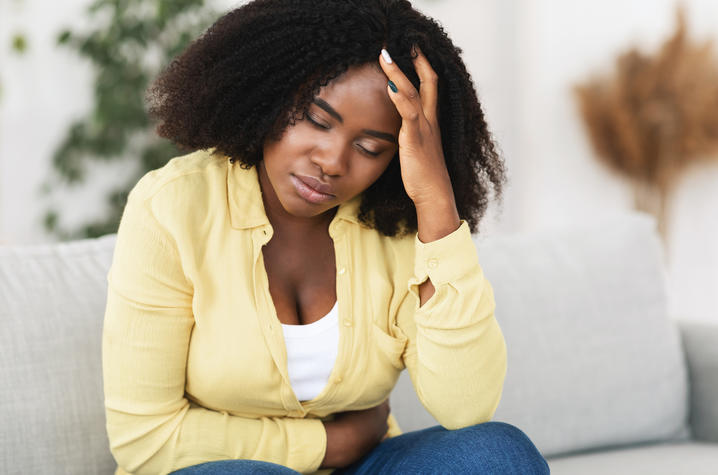 The University of Kentucky Public Relations & Strategic Communications Office provides a weekly health column available for use and reprint by news media. This week's column is by Mark R. Hoffman, M.D., associate professor of obstetrics and gynecology at UK HealthCare.

LEXINGTON, Ky. (March 22, 2022) – Endometriosis is a common condition, affecting one out of every 10 women. In recognition of March as Endometriosis Awareness Month, it’s important for women to understand what endometriosis is and how to recognize it.

Endometriosis occurs when the type of tissue lining the uterus is found outside the uterus. It is occurs in women of reproductive age but is most diagnosed when they are in their thirties and forties.

Endometriosis tissue forms in response to changes in the hormone estrogen. The tissue may grow and bleed as it would when inside the uterus, but outside, it can cause the  surrounding tissue to become irritated, inflamed and swollen. The breakdown and bleeding of this tissue each month also can cause scar tissue to form which can cause pain, especially before and during menstruation.

However, many women with endometriosis have no symptoms. Women without symptoms often learn they have endometriosis when they cannot get pregnant or when they are having surgery for something else. Left untreated, inflammation from endometriosis may lead to infertility. In severe cases of endometriosis, the fallopian tubes may be blocked by adhesions or scar tissue.

Medication can slow the growth of tissue and relieve pain, but it can’t get rid of tissue that has already formed. Surgery is necessary to remove the scarred tissue and relieve pain, but there’s a chance that the pain could return. The more severe the disease, the more likely it is to return. Taking birth control pills or other medication after having surgery may help extend the pain-free period. A hysterectomy is often the last resort in severe cases.

If you’re experiencing pain or heavy bleeding during your period, talk to your gynecologist about endometriosis and potential treatment options.