LEXINGTON, Ky. (June 15, 2011) — Trevor Wright, 8,  of Auxier, Ky. is a newly diagnosed cancer patient.  Although dealing with the news of his illness and the hospitalization hasn't been easy, Trevor and his family have found comfort and even laughter thanks to Shane Swezey, UK's first music therapy intern.

An average of 21 to 23 music therapy sessions are held each week serving patients of all ages and all health conditions at Kentucky Children's Hospital, UK Good Samaritan Hospital, Kentucky Clinic, and UK Albert B. Chandler Hospital.

"Trevor was extremely engaged throughout the sessions; playing instruments, singing songs, conversing, smiling, and laughing," said Swezey who led music therapy sessions for Trevor five days a week for three weeks during his recent stay at the hospital. "Trevor’s family was also willing to participate, which allowed me to incorporate the whole family during my work with Trevor. Frequently, the entire room would be filled with music and laughter; it gave the entire family something positive to focus on while they were dealing with Trevor’s illness."

In addition to helping Trevor cope with his illness, music therapy became an active part of his treatment, reinforcing and structuring his compliance. Swezey often used music to encourage Trevor to listen to the nurses, or take his medicine. Together they wrote songs about medicine he did not like to take, and Swezey even used drum rolls to cue Trevor to take his medication.

"Music facilitates communication when individuals may be reluctant or resistant to more traditional communication approaches," said Lori Gooding, UK director of music therapy. "The rapport we build through music allows us to create an environment in which the patients and families feel safe and comfortable, which helps us to better meet the psychosocial needs associated with an illness and its treatment. For the children in particular, it also allows them to interact in a way that is consistent with life outside the hospital, often improving coping and compliance."

Trevor's family realized that Trevor had an unusual talent of beatboxing, and they wrote a rap song to highlight those skills and help him cope.

"The rap that Trevor and his family created was an extension of the songwriting we did in music therapy,” Swezey said. "In the rap you hear normal things he likes to do, like playing video games and eating. You also hear lyrics about his illness and how he and his family are coping with it. Writing the rap provided a creative outlet for the family to come together and express their feelings.”

"It really is an example of the patient-family centered care we aim to provide through music therapy," Swezey added.

Leigh Powers, Trevor's aunt, is featured in the video. Video provided by Trevor and his family. Click here for video transcript. 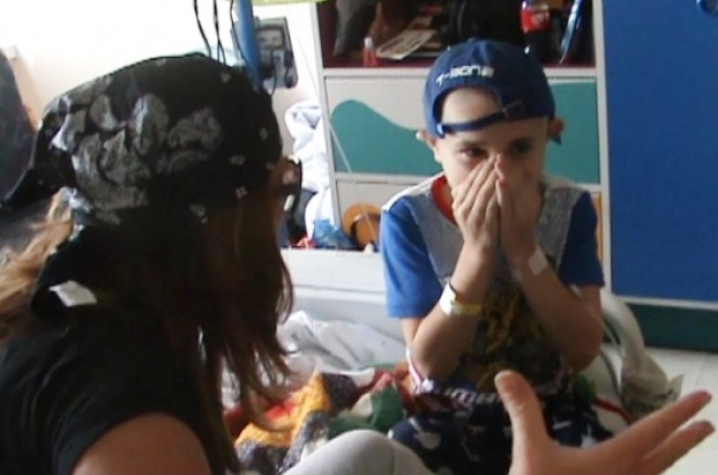 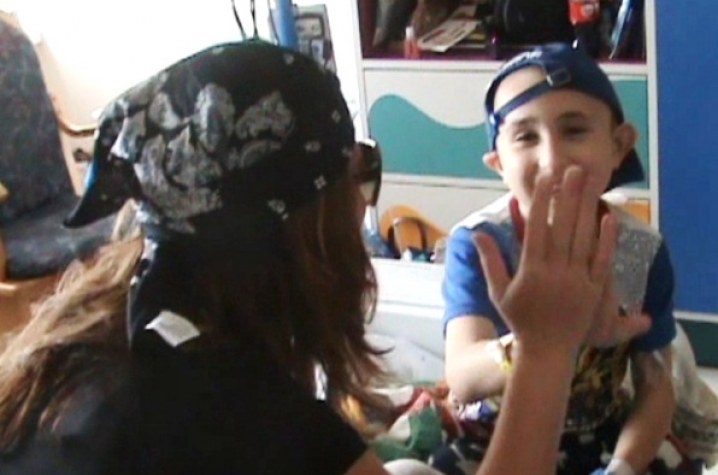