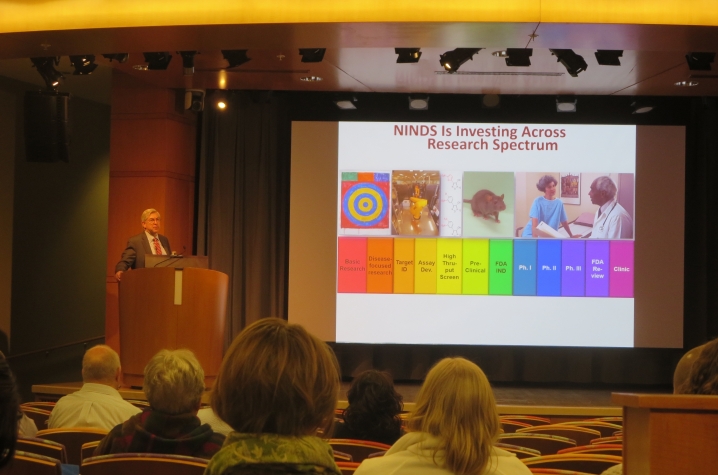 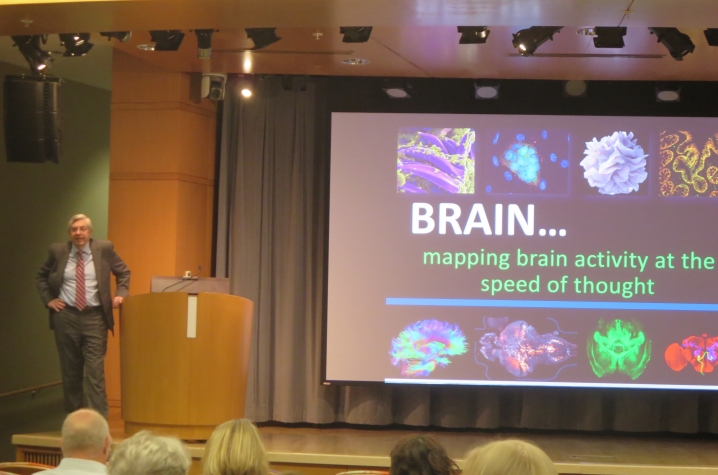 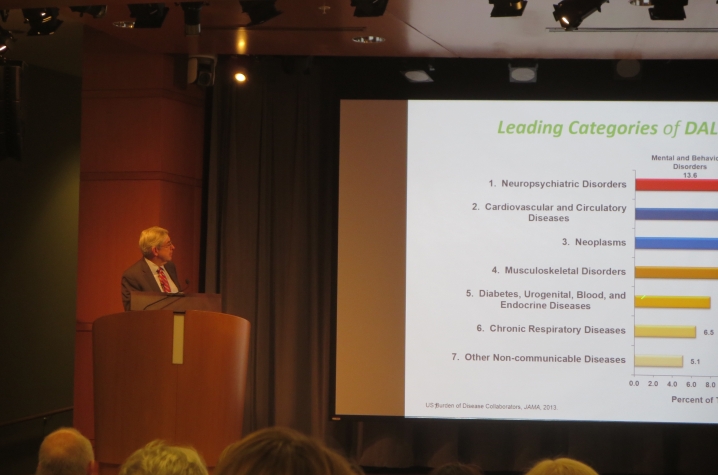 In his first year as director, Koroshetz has made it a point to travel around the U.S. to share the Institute's plans to reduce the burden of neurological disease through vigorous investments in basic, translational and clinical research.

Alzheimer's disease, Parkinson's disease or multiple sclerosis are the most commonly known neurological diseases. However, Koroshetz reminded the audience that this classification includes disorders like substance abuse, depression and neurodevelopmental diseases.

"Neurological disease is today what infectious disease was to the 20th century:  the most disabling and expensive group of chronic diseases today," Koroshetz said.

The good news: the world has begun to recognize the potential economic and quality-of-life impact of investment in research in the neurosciences.  The brain and its mysterious functions — and malfunctions — has caught the eye of major consumer publications like Time, Scientific American, and National Geographic. There are rising numbers of Ph.D. candidates in the neurosciences.  And the U.S. Congress has requested that the NIH present directly to them plans (and an accompanying budget) to solve the mysteries of neurological diseases, bypassing the usual funding mechanisms.  Previously, only cancer and AIDS have been blessed with this designation.

As a part of that process, several government agencies and private groups have banded together to form The Brain Initiative.  Called "The Next Great American Project," the Brain Initiative's goal is to provide the tools and resources necessary to map and understand the circuits and networks in the brain.  By doing so, the hope is to understand how brain circuits function, find the basic mechanisms by which cellular pathways contribute to circuit dysfunction, and figure out ways to improve outcomes for patients.

That effort will require a whole new set of tools, says Koroshetz.  He points out that while advances in imaging have revolutionized how we look at the brain, we are still largely reliant on antiquated technology.

"The EEG was developed in the 1920's, and the MRI, while effective, only records images at the rate of one per half a second, whereas the brain fires in milliseconds,” Koroshetz explained. "It's said that new tools are often more valuable than new concepts, and that is equally applicable in this case."

Dr. Larry Goldstein, chair of the UK Department of Neurology, emphasized the importance of Koroshetz's message.

"The Brain Initiative is the Manhattan Project of our age, and pursuit of effective treatments for this group of debilitating and costly diseases is a worthy cause," Goldstein said.

Goldstein added that, in light of the fact that UK already has research strengths in several relevant areas such as Alzheimer’s disease and related disorders, epilepsy, stroke, spinal cord and brain injury, Parkinson’s disease, and substance abuse, having Koroshetz present to UK faculty and staff was particularly timely.

"We were extremely fortunate to have Dr. Koroshetz as our guest at UK HealthCare to help welcome the advent of a new chapter in neurological research both at UK and around the world."