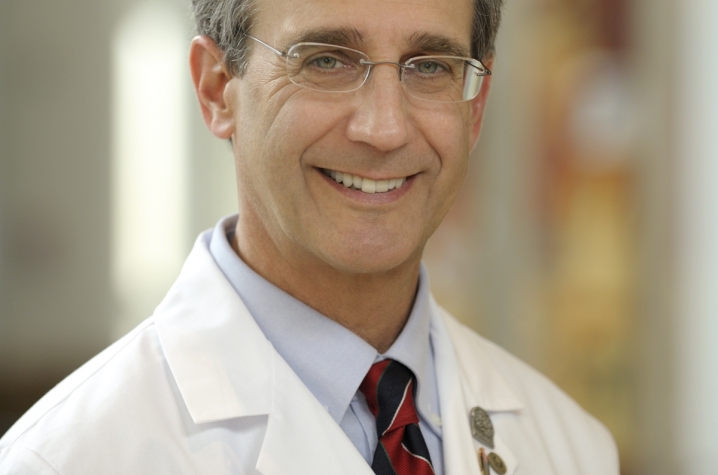 This column appeared in the Dec. 6, 2015 edition of the Lexington Herald-Leader.

LEXINGTON, Ky. (Dec. 7, 2015) — Commonly thought of as a problem primarily affecting older men, stroke is a woman’s disease.  Approximately 60 percent of deaths related to stroke in the United States occur in women, and the lifetime risk of stroke is higher in women (about one in five) compared to men (about one in six) for those aged 55 to 75 years. The good news is that stroke can often be prevented.

Stroke risk can be increased during pregnancy, in part leading to a higher stroke risk among women of childbearing age compared to similarly aged men.  Migraine with aura (neurologic symptoms such as seeing sparkling or zigzag lights) is also associated with a higher stroke risk, particularly among women who smoke or use oral contraceptives.  Women who have had eclampsia or pre-eclampsia associated with pregnancy (high blood pressure, protein in the urine, and in the case of eclampsia, seizures) are at increased risk of stroke up to 30 years later.

What can women do to reduce their stroke risk?

-       Follow a healthy diet such as the DASH or Mediterranean diet.

-       Get regular exercise such as walking at a brisk but comfortable pace for 20-30 minutes most days of the week.

-       Have your blood pressure checked regularly

In addition, talk to your health care provider about reducing your stroke risk if you:

-       Have migraine, particularly migraine with aura

-       Have ever had eclampsia or pre-eclampsia

-       Time — call 911 – Stroke is frequently preventable and treatable, but you need to get help quickly

Larry B. Goldstein, MD, FAAN, FANA, FAHA, is the Ruth L Works Professor and Chairman of the UK Department of Neurology and Co-Director, Kentucky Neuroscience Institute.