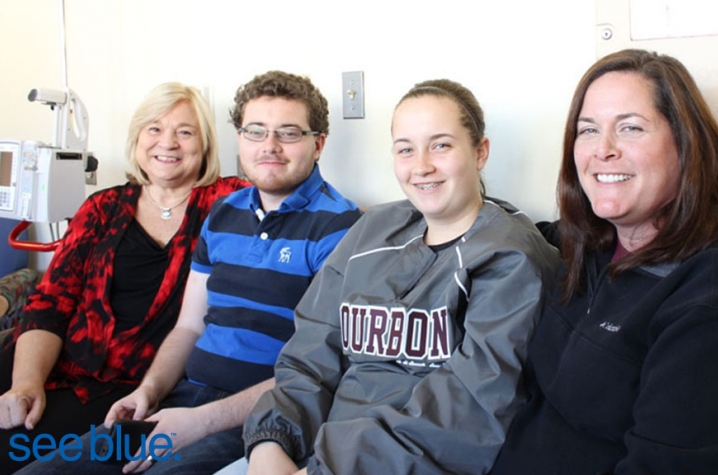 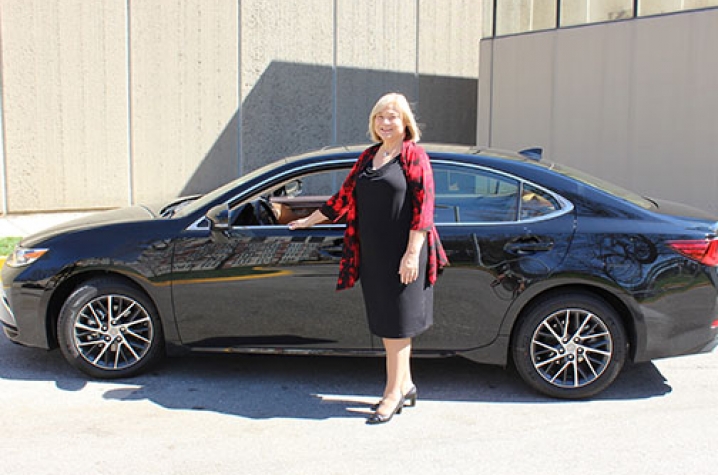 Rogers admits she's a bit obsessive about safeguarding the brand new car. Concerned with keeping the caramel-coated interior leather in perfect condition, she prohibits food and drinks inside the car. Her husband refuses to take the wheel, fearful of the grief that will follow the first scratch on the car’s midnight-finish. Even Rogers’ grandchildren, who occasionally ride with her in the car,  joke about her constant hovering over a luxury sedan that didn’t cost her a penny.

“It’s so funny because I’ve never had a car that’s this expensive and this fancy,” Rogers said. “I know it’s going to get a ding — more than one ding. I’m just so petrified.”

Although Rogers never imagined owning a high-end vehicle, she won a custom-designed Lexus ES-350 when her name was drawn in the Lexus for the Little Ones Raffle, sponsored by Lexus of Lexington, last February. The Lexus was a welcome surprise after a tumultuous two years for the assistant professor in the College of Education, whose family endured back-to-back cancer diagnoses. In addition to mourning the loss of her brother to cancer in March 2015, Rogers also took on additional roles to support her son’s family when her 16-year-old grandson, John Rogers, started his drawn-out battle with cancer.

Rogers bought a single ticket in November while taking John to an appointment at the DanceBlue Kentucky Children's Hospital (KCH) Hematology/Oncology Clinic. Since John started receiving treatment at KCH, Rogers and her family haven’t hesitated to donate to causes that support KCH and the DanceBlue Clinic. But at the time she bought the $100 ticket, she believed her odds of winning the Lexus were so low that she didn’t pay any attention to the drawing date. She was more concerned with raising money and awareness for the doctors, nurses, social workers and advocates of KCH. She deleted the initial email from the KCH development office notifying her that she won the Lexus, mistaking the notice for junk mail.

“I saw a sign somewhere in the hallway, and I always want to support the cancer program or the oncology department because I am so grateful for everything they have done for John,” Jackie Rogers said.

Diagnosed with non-Hodgkin’s Lymphoma in August 2014, John Rogers’ two-year battle with cancer was complicated by a number of setbacks and unanticipated reactions to chemotherapy. John lost 30 pounds in his first month of treatment in 2014 and was hospitalized on several occasions, including when he developed pancreatitis.

During one of several periods of hospitalization, John was weak, emotionally deflated, missing his friends from school and losing hope of getting well again. While sitting with John at KCH, Jackie remembers an oncologist coming into the room to check on John, and asking if he had any questions or concerns about his treatment. John told the oncologist he felt like he was dying, but the oncologist was quick to assure him that he wasn't dying. Her affirmation helped John rebound from his depressed state.

“They have talked with him every step of the way,” Jackie Rogers said of the clinic staff. “It’s not a matter of taking mom and dad outside in the hall and telling them what’s going on — he’s been there, they’ve explained things to him carefully and have been willing to answer his questions.”

Jennifer Rogers, John’s mom, said the nurses, doctors and KCH staff kept John at the center of discussions and decision-making regarding his care. She is grateful for the support John received from the clinic, but also the UK students who sponsored John during the 2015 and 2016 DanceBlue Marathons. John always knew he had a team of enthusiastic and devoted college students cheering him on through the cancer journey. John said the cancer experience has taught him toughness and resilience, and the ability to take conflict in stride.

“I’ve always been a really uptight kid — I had to have everything in perfect order, my way. Kind of like a perfect in-control thing,” John said. But after all of this, I have just been like, ‘Stuff happens.’ You can either laugh about it or you can cry about it, and life’s too short to sit there and cry, so just move on with it.”

John, who was declared cancer-free this year, is finishing high school in Bourbon County and applying to colleges. But the next milestone he's looking forward to is finally getting his driver’s license. Because doctors are monitoring his hipbones, the license will be delayed a little longer.

Jackie Rogers considered giving the Lexus to John upon completion of his maintenance treatment in December of 2016, but instead she’ll be handing him the keys to her 2008 Azera, which John thinks is a great arrangement. No teen can argue with inheriting a free car.

“We were told that John is now cancer free — so that’s the most fabulous thing,” Jackie said.