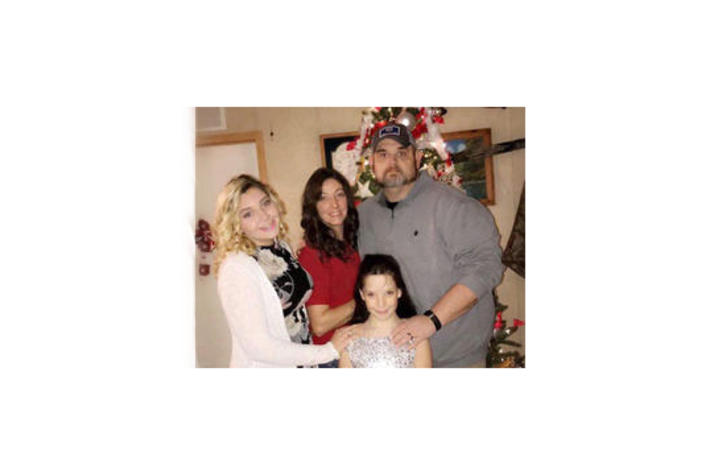 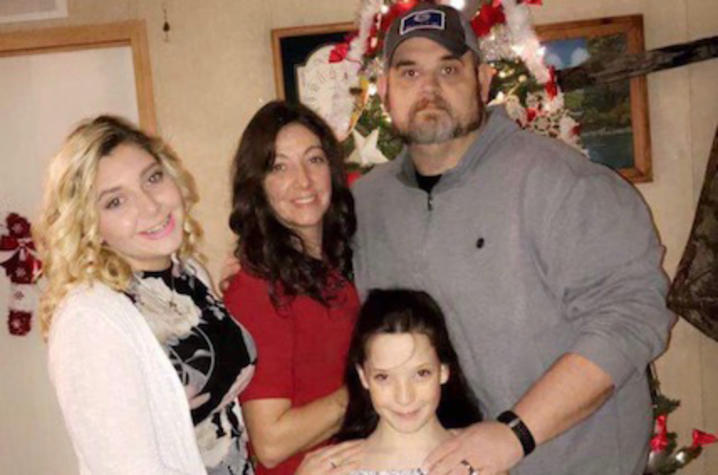 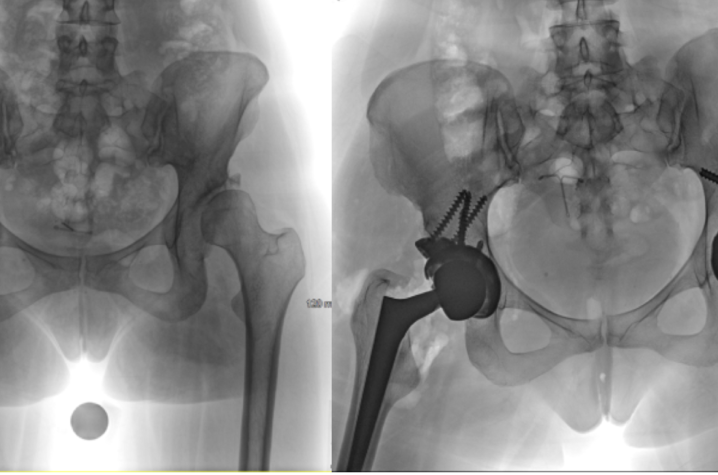 LEXINGTON, Ky. (April 2, 2018) — Most people would have looked at Angela Chaney and see a healthy woman in her 30s. They wouldn't have realized she has a chronic illness that causes fatigue and widespread pain. Today, they would see her walking around the grocery store and not realize just a couple of years ago that this would have been nearly impossible for her.

Since Chaney was a child, she's experienced pain and discomfort due to undiagnosed hip dysplasia caused by Ehlers-Danos Syndromes (EDS), a disorder which affects connective tissue, primarily the skin, joints and blood vessel walls. Its symptoms can include overly flexible joints that can dislocate. After seeing many doctors, and receiving various diagnoses for the symptoms she was experiencing, in 2007 a geneticist at UK HealthCare told Chaney she had EDS. The diagnosis brought much relief to Chaney. "All of my life I didn't know why I couldn't keep up with my family," she said. "Having someone confirm it's not all in your head is a big relief."

EDS makes it difficult for Chaney to perform the everyday tasks many of us take for granted, like doing the laundry and caring for her three children. Simply walking sometimes caused her hip to slip in and out of the socket and, on more than one occasion, caused her to fall to the floor. The pain became so severe that Chaney became afraid to even tie her shoes, which ultimately made her feel she couldn't leave her home.

Though Chaney experienced much difficulty getting around she feared the judgment of exiting a vehicle with a handicap parking placard. On trips to the mall or doctor's appointments, Chaney would have to drive for 20 or 30 minutes to find parking close enough to accommodate her limited mobility.

In 2016, when Chaney met Dr. Stephen Duncan, an orthopaedic surgeon in the University of Kentucky Department of Orthopaedic Surgery and Sports Medicine, she finally found someone who could help her feel more normal and who was willing to work with her and her family to find the best solution. "Dr. Duncan was very knowledgeable and considerate; he weighed my options with me and my family and helped us decided what treatment would be best for all of our needs," she said.

Duncan opted to perform two hip replacements on Chaney. On her left hip, he chose to use her own femoral head to help reconstruct the deficient acetabular bone, but this limited her weight bearing for six weeks. So, on the second replacement performed in 2017, he chose to use a metal augment which allowed for earlier weight bearing. Now that Chaney is one-year post-op Duncan expects she will continue to see improvements in her strength and endurance and that the implants he used will last 20 to 30 years.

Helping patients like Chaney live the life they imagine is one of the things Duncan finds most rewarding about his job.  "Knowing that I have allowed her to get closer to leading the life that she wants to lead and truly forget about her previous hip pain is the very reason why I went into the field of both hip preservation and hip replacement - both the routine and complex cases," Duncan said.

For Chaney and her family, the opportunities seem endless; in fact, Chaney is planning a hiking trip this summer. Walking around the mall once seemed like an impossible feat, but now Chaney and her family have their sights set on visiting the happiest place on Earth she said, "I can't tell you how thankful I am to have found Dr. Duncan. I won't ever be normal but now I can think about taking my kids to Disney World. We would never have thought that was possible before."