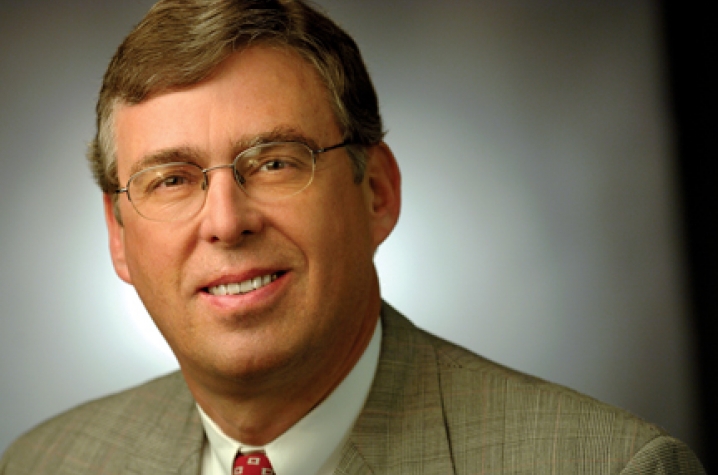 LEXINGTON, Ky. (July 23, 2010) — Dr. Marcus Randall, a radiation oncologist at the University of Kentucky's Markey Cancer Center, has been named a 2010 Fellow of the American Society for Radiation Oncology (ASTRO).

Randall, the Markey Cancer Foundation Endowed Chair in Radiation Medicine, is one of only 11 members of the society to receive the prestigious honor this year.

"I am honored and humbled to be recognized as a Fellow by the world's leading organization of radiation oncologists," Randall said.  "It has been a privilege to have contributed in various ways to my profession over nearly three decades now, and I look forward continuing these efforts along with my outstanding colleagues here at the University of Kentucky."

Randall will receive his Fellow designation at a ceremony during the society's 52nd annual meeting held Oct. 31-Nov. 4 in San Diego.

"ASTRO Fellows are some of the most revered and accomplished members of the radiation oncology community and receiving this distinction is a great honor," said Dr. Anthony Zietman, ASTRO president and a radiation oncologist at Massachusetts General Hospital in BostonMembers of ASTRO are eligible to become Fellows if they have been part of the society for at least 20 years, have served in a leadership role for the organization and have made a significant contribution to the field of radiation oncology.