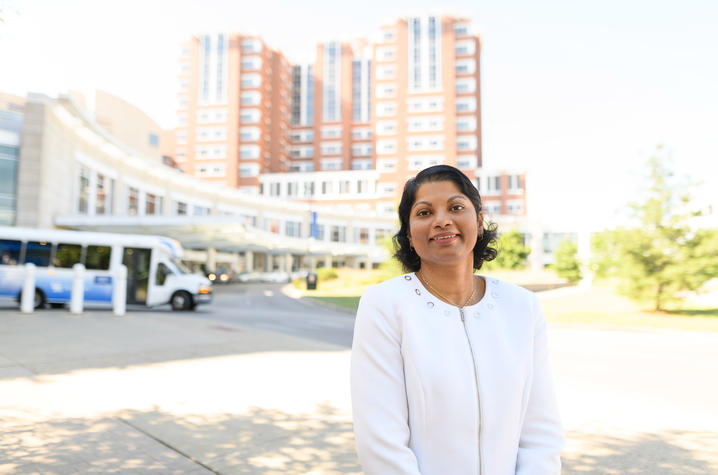 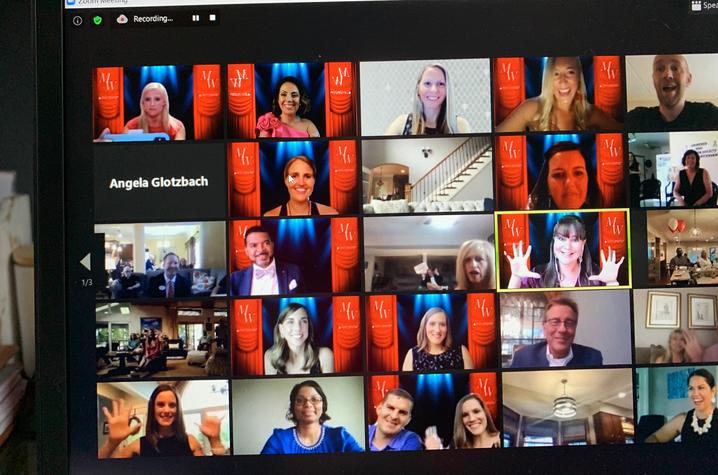 LEXINGTON, Ky. (July 24, 2020) — Dr. Reshma Ramlal of the University of Kentucky Markey Cancer Center was recently named the 2020 Lexington Woman of the Year by the Leukemia & Lymphoma Society.

During her 10-week campaign, Ramlal and her team raised $17,100, which will go directly to the LLS for blood cancer research and patient services.

“This wouldn’t have been possible without the hard work of my fundraising team at Markey,” she said. “Additionally, my friends Dr. Sravanthi Ravulapati and Dr. Kristianna Singh helped with fundraising all the way from  Colorado and Houston, respectively. I want to thank everyone who helped me raise money and also all the donors who supported my campaign.”

Due to COVID-19, fundraising for this year’s campaign presented some obstacles compared to years past. Instead of in-person events, Ramlal says she used social media platforms including Facebook and LinkedIn to ask for donations, in addition to simply reaching out to people directly. At the end of the 10-week campaign, the LLS held a virtual gala for the Lexington and Louisville candidates and their families to honor their work and announce the winners.

“With it being a virtual event, I was able to have my family from Trinidad there to support me,” Ramlal said. “That made it very exciting.”

All together, the four Lexington candidates in this year’s MWOY campaign raised more than $41,000; the total amount raised by all Kentucky candidates this year was just over $350,000. Despite the challenging times, Ramlal says she was inspired by people’s willingness to give to a good cause.

“The amount raised during this pandemic and time of economic instability speaks volumes to the generosity of the people in our community and the UK family,” she said.