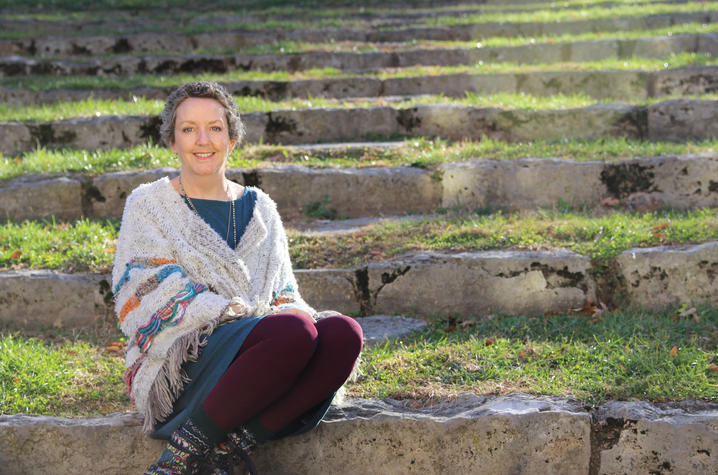 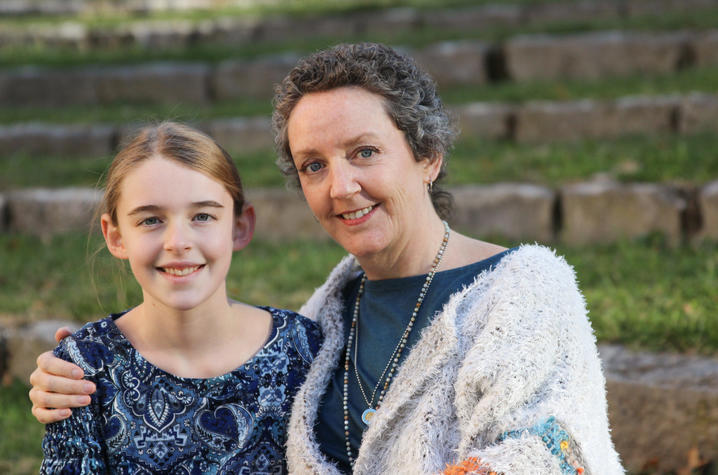 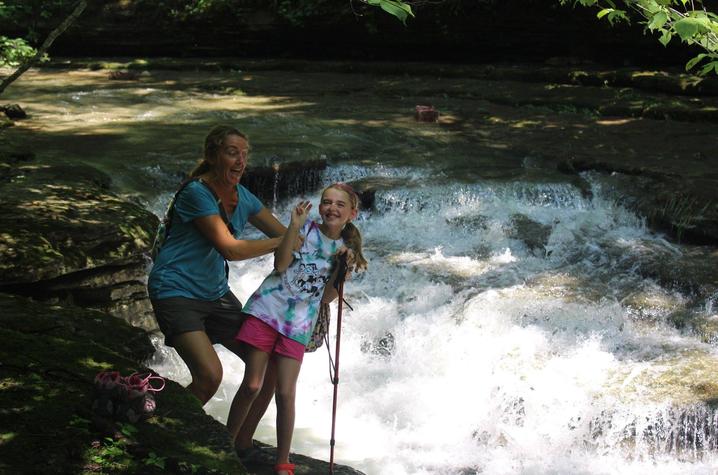 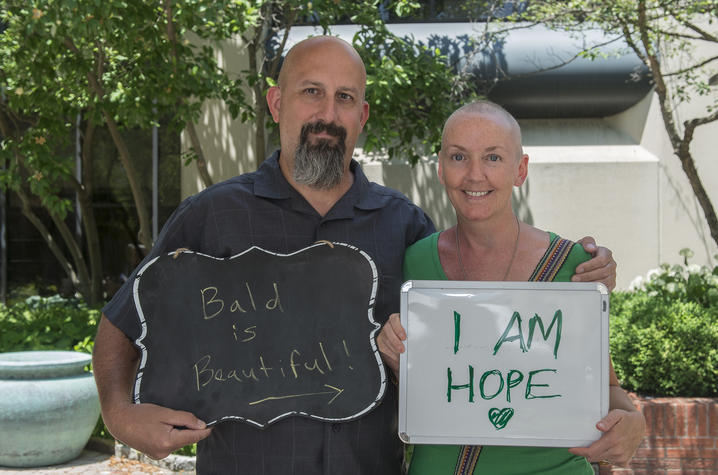 LEXINGTON, Ky. (Jan. 8, 2018) ­— Meg Gravil has a few major goals for 2018. She wants to continue to build her level of fitness; she plans to finish her dissertation by the end of the year.

But perhaps most importantly, Gravil wants to remain cancer-free.

As a University of Kentucky College of Education graduate student studying interdisciplinary early childhood education, Gravil finished her qualifying exams in Spring 2015 and began working on her dissertation. But just a few months later, her life ground to a halt.

After a regular annual exam, she was called back for a diagnostic mammogram, and then a biopsy. Shortly after, she got a phone call from the University of Kentucky Markey Cancer Center.

“I was sitting home on a Friday afternoon, and I had just five minutes to walk to go get my daughter from school,” Gravil said. “The phone rang. It was a nurse at Markey, and she said, ‘The results are positive. You have cancer.’”

The news came as a shock to Gravil, who was only 43 years old at the time and had no family history of breast cancer. She chose to have a bilateral mastectomy with reconstruction, performed in separate surgeries by UK’s Dr. Patrick McGrath and Dr. Brian Rinker.

“For peace of mind, I thought, take it all,” Gravil said.

Though the entire breast is removed during a mastectomy, the surgery isn’t a guarantee that the patient will remain cancer-free. Breast cancer can still return to the chest wall or nearby lymph nodes, known as locoregional recurrence, and an estimated 5-10 percent of women who undergo a mastectomy will experience a recurrence.

For Gravil, all was well at first. But just a few months later, she noticed a nodule that continued to get larger and redder. After having several doctors examine it, she received the bad news:  the breast cancer had returned.

“I was absolutely stunned,” she said. “It was worrisome, because the recurrence was so soon after my initial diagnosis. The biggest part of that was thinking about my daughter – what if something happens to me? What effect will that have on my daughter’s life?”

Just one year after her initial surgery, Gravil was back in the operating room for surgery to remove the new tumor and install a port for chemotherapy. Chemo came next, then radiation. The second time around, Gravil said, she was determined to do whatever it took to beat the disease. When her hair began falling out, she hosted a head-shaving party in her backyard with family and friends.

“The first time I was diagnosed, I was worried about losing my hair,” she said. “The second time, that was an afterthought – it was just, ‘I’ll do whatever I need to do to kick this thing.’”

While undergoing treatment at Markey, Gravil chose to participate in several Integrative Medicine & Health programs, including jin shin jyutsu and narrative medicine. Through Integrative Medicine & Health, she learned about LIVESTRONG at the YMCA, a free 12-week exercise program offered to cancer survivors. While attending Markey’s Expressions of Courage survivorship event last June, Gravil spoke with Corey Donohoo, director of community health at the Y, and decided to start the program in July.

Some of the most common side effects of cancer treatment include fatigue and weakness. Through the LIVESTRONG at the YMCA program, the certified trainers help survivors build up their strength and endurance based on their individual assessment and goals.

“At the beginning and end of the program, we do functional assessments, and we’re likely to see improvement,” Donohoo said. “But what’s really rewarding is to hear the stories of what these participants are able to do because of the program, like playing with their kids or grandkids, getting up and down, running errands and more.”

Though Gravil is relatively active – she enjoys being outdoors and hiking – she hadn’t participated in any regular exercise routine in decades. Through the program, she got the opportunity to try a number of new fitness modalities, from learning to use the equipment on the floor of the gym, to TRX, to yoga, to Pilates Reformer.

And last September, she discovered that she was stronger than she realized, when she scaled a rock wall during a mother-daughter retreat at Life Adventure Center in Versailles. However, her newfound strength isn’t the only thing she’s gained.

“The big component wasn’t just feeling physically stronger and getting stamina back,” Gravil said. “The mental health and psychological benefits were really great for me.”

Regular exercise (and by extension, weight management) plays a significant role in maintaining the well-being of cancer survivors, according to Gravil's oncologist at Markey, Dr. Aju Mathew. During treatment, it can help patients better tolerate their therapy. After completion of their treatment, it will improve functional capacity and promote healing.

"There is increasing evidence that regular exercise can reduce the risk for cancer recurrence, as well," Mathew said. "Overall, exercise and fitness training is a win-win for persons with a history of cancer."

Throughout her journey, she says she’s been happy and confident in the care she received from her Markey physicians, nurses and staff.

“I was really impressed with the time that they took with me during my appointments,” she said. “I never felt like I was being rushed off – they answered all my questions to my satisfaction.”

With life more settled, Gravil already has momentum for her first two 2018 goals. She continues to go to the YMCA (Pilates Reformer is now her favorite class), and has begun the research and writing for her dissertation. If she finishes in December, she can walk to receive her Ph.D in special education next May.

And with her treatments at Markey complete – she finished her last dose of Herceptin in December – Gravil is looking forward to maintaining that most important goal of all.

For more information on the LIVESTRONG at the YMCA Program, contact Corey Donohoo at cdonohoo@ymcacky.org or (859) 367-7317.