LEXINGTON, Ky. (April 24, 2017) — They've hosted astronauts, entrepreneurs, national champions, politicians and world leaders.  But this year, the University of Kentucky Sanders-Brown Center on Aging opted to tell "Our Story" at its annual dinner.

Instead of a keynote speaker from outside the organization, Sanders-Brown featured the stories of six families whose lives have been ravaged by Alzheimer's disease.

Called "Our Story," this emotional journey of wives, sons, husbands and daughters tells how Sanders-Brown helped them cope with the financial, psychological and emotional impacts of their loved ones' diagnosis – and how many of them are giving back by participating in research at Sanders-Brown.

"Kentucky is so fortunate to have this precious resource right in its backyard," said Jon Vaughn, chairman of the Sanders-Brown Center on Aging Foundation.  "It seemed right to focus on the Sanders-Brown research, education and clinical programs and their profound impact on the people who suffer in Kentucky and beyond."

Throughout the night, presenters including Alltech's Pearse Lyons, COA Foundation board member Ron Borkowski, and Sanders-Brown's Dr. Greg Jicha, reiterated the statistics that presage the looming societal crisis effected by Alzheimer's.  Approximately, 70,000 Kentuckians suffer from the disease. Every 66 seconds, someone is diagnosed with Alzheimer's. And by the time children born today reach adulthood, the disease will cost the U.S. more than one trillion dollars.

Linda Van Eldik, PhD, director of the Sanders-Brown Center on Aging, reminded those in attendance that while there is currently no cure for Alzheimer's disease, Sanders-Brown is a world leader in efforts to find ways to slow down the disease process or cure it altogether.

In the end, however, it's not about numbers, test tubes or microscopes.

"It's about patients and their families," she said. 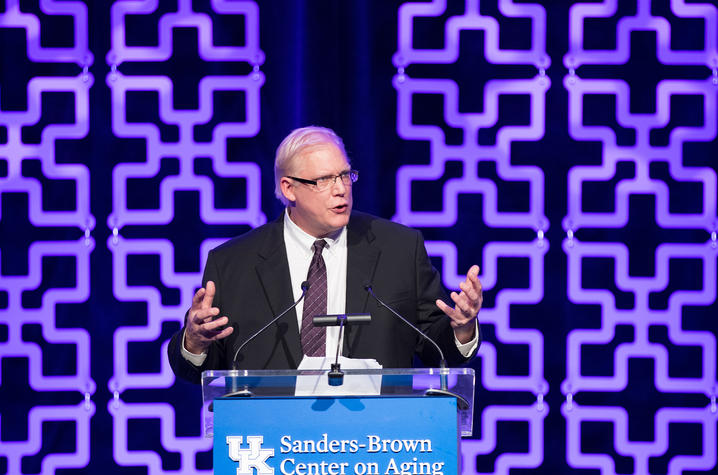 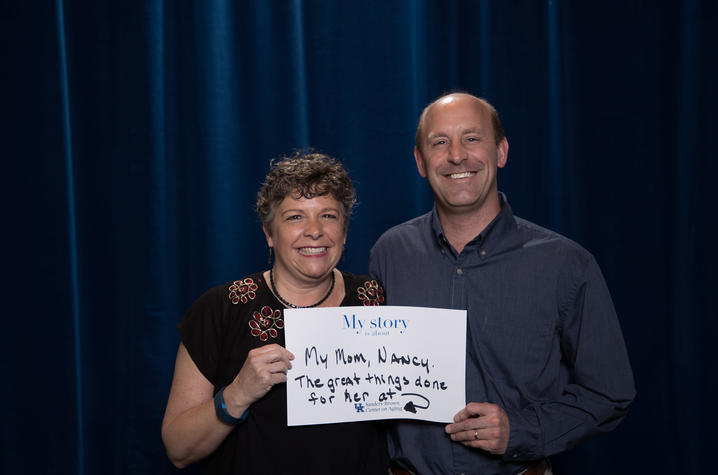 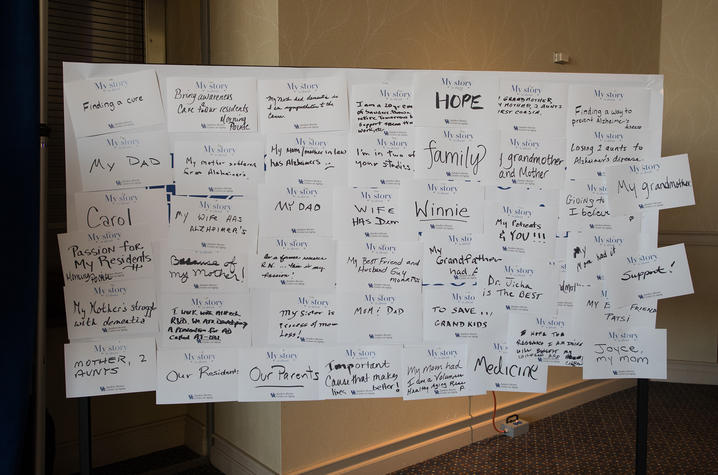