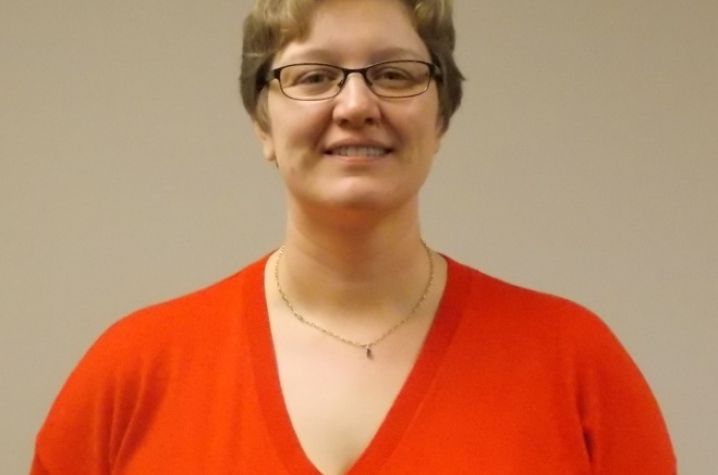 LEXINGTON, Ky. (Sept. 8, 2015) -- Inflammation is on the research community's "Most Wanted" list as the possible culprit in many diseases, including cancer, heart disease, and rheumatoid arthritis.

Scientists researching the causes for Alzheimer's disease (AD) and other age-related dementias are equally curious about the role inflammation might play in disease onset, particularly since inflammation appears to play a role in accumulation of beta amyloid in the brain. Beta amyloid plaques in the brain are one of the hallmarks of AD, and presumably cause the damage that leads to memory loss and other deficits associated with AD.

A therapy called mE8c, currently in clinical trials, attaches to amyloid plaques and appears to help clear them from the brain, hypothetically an effective treatment for AD.  But Donna Wilcock at the UK Sanders-Brown Center on Aging shares the prevailing view in the science community that successful treatment for AD will most likely require a combination of drugs, each targeted at a specific part of the disease process.

She points to a second compound in clinical trials as a possible candidate for combination therapy. Called a BACE inhibitor, this compound blocks the production of new amyloid. Together, the two compounds might be more effective at slowing down or reversing AD than each one alone.

Eli Lilly and Company has awarded Wilcock a two-year, $198,000 grant to test her theory.

Wilcock pointed to this grant as an example of the importance of academic-industry collaborations.  The compounds Wilcock will be testing are in the development pipeline and therefore difficult to obtain. Alternately, it can be difficult for companies — even larger ones like Lilly — to develop and maintain a broad range of testing capabilities.

"Our lab has expertise in studying the inflammatory response of the brain, something Lilly is particularly interested in exploring further," Wilcock said.  "We have the experience and expertise necessary to implement a large scale study that will help them see whether a combination therapy approach modulates inflammation in a different way than either of the two drugs do on their own."

The potential impact of the work by Wilcock and her colleagues at Sanders-Brown is substantial, as there are currently more than five million Americans currently living with AD, and AD is the only disease among the top 10 causes of death in America that cannot be prevented, cured, or slowed.

"The financial costs of caring for Alzheimer’s patients are estimated to be $180 billion per year in the United States alone, to say nothing of the emotional toll on patients and their families," said Wilcock.  "Any strides we can make -- even if only to delay disease onset by five years — will have considerable impact."