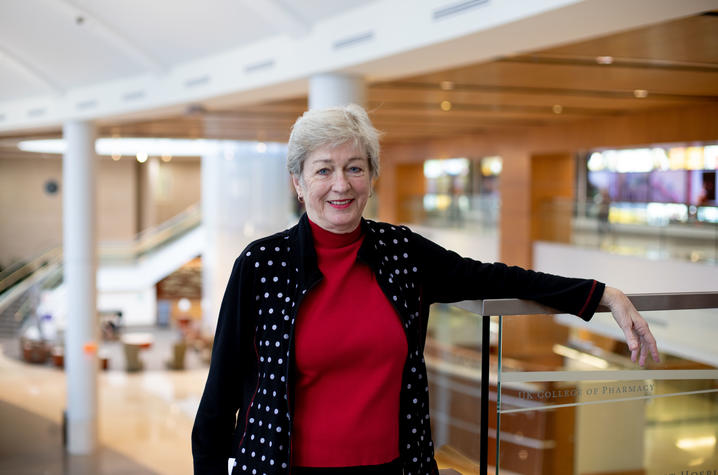 LEXINGTON, Ky. (Dec. 9, 2019) — Lanny Evans is 71 years old, but you wouldn’t know it. She looks years younger and credits that to eating healthy and staying active – she loves swimming laps and doing yoga.

Part of what drives her to stay active is her family’s health history. Her grandmother died of a stroke when she was 71 – Evans’ age now – and she had several strokes through her 60’s. Evans’ younger brother died of a heart attack when he was only 45 years old.

That’s why, on a Sunday in September, Evans panicked when she went temporarily blind in her right eye.

“It only lasted a minute,” she said. “It had happened to me before, about three or four years ago, but I didn’t think much of it at the time. I was going to the eye doctor for a routine appointment the next day anyway, so I figured I would mention it.”

It’s a good thing she did. Evans’ ophthalmologist told her she likely had a stroke from plaque build-up that caused her to go blind. He recommended she head to the emergency room and get a head and neck scan.

“I was scared to death,” Evans said. “I went to the Clark Regional Medical Center emergency room the next day and it turns out, one of my carotid’s was blocked 75%.”

“Lanny has carotid artery disease,” Tyagi said. “She needed surgery to remove the plaque buildup in her neck. If we didn’t act, she was at high risk of having a much worse stroke. This event was a warning shot.”

Tyagi suggested Evans undergo a relatively new procedure called TransCarotid Artery Revascularization (TCAR). UK Gill Heart & Vascular Institute is among the first in the state to offer it, and Tyagi performs the highest number of TCAR procedures in the region.

TCAR is a minimally invasive and safe approach for high surgical risk patients who need carotid treatment. If left untreated, carotid artery disease – which is diagnosed in 400,000 people every year in the United States – can often lead to stroke. During the TCAR procedure, blood flow is temporarily reversed so that small bits of plaque can break off and divert away from the brain, which prevents a stroke during the procedure. Then, a stent is placed inside the artery to stabilize the plaque. Other traditional stenting procedures currently performed have a stroke rate four times higher than TCAR.

The traditional treatment for severe carotid artery disease is an open surgical procedure called carotid endarterectomy. While this method removes plaque from inside the carotid artery to restore normal blood flow to the brain, patients are at a higher risk for surgical complications. Those complications can include bleeding, infection, heart attack and cranial nerve injuries that can cause issues with swallowing, speaking and sensation in the face. Patients are also left with a large scar and a longer recovery process, which can last for several weeks.

“In the end, patients have less pain, smaller scars and a much faster recovery time,” Tyagi said.

Evans was discharged from the hospital the day after surgery. She was back to yoga class the next week, though she waited a little longer to dive back into the pool. She wanted to make sure her incision was fully healed first.

“I feel really lucky,” Evans said. “My word of advice to others is to do something. Listen to your doctor and get anything out of the ordinary checked out. I’m sure glad I did.”